This new processor has been tested with ASRock N7-B65XT motherboard, which is most likely a subvariant of the B650E motherboard designed in collaboration with NZXT.

According to the new entry to Userbenchmark website, this AMD AM5-based Ryzen CPU with 6 cores has a base clock of 4.4 GHz and a turbo clock of 4.95 GHz. That’s significantly higher frequency than the potential successor for this CPU, the Ryzen 5 5600X. With 4.4 GHz base clock this engineering sample would already be 700 MHz faster. On the other hand, the turbo clock is ‘only’ 350 MHz higher. The CPU was tested with DDR5 memory running at 4800 MT/s speed.

Userbenchmark may not be an ideal software for AMD tests, yet compared to the 5600X SKU, this engineering sample has 56% higher single-core performance and up to 49% in quad-core.

In fact, the single-core performance of 243 points is already even higher than Alder Lake Core i9-12900K CPU by 22%. Obviously, Raphael CPU is outclassed in multi-threaded tests due to the limited number of cores, after all it’s a comparison between 12 threads and 24.

These results have been put together by @harukze5719: 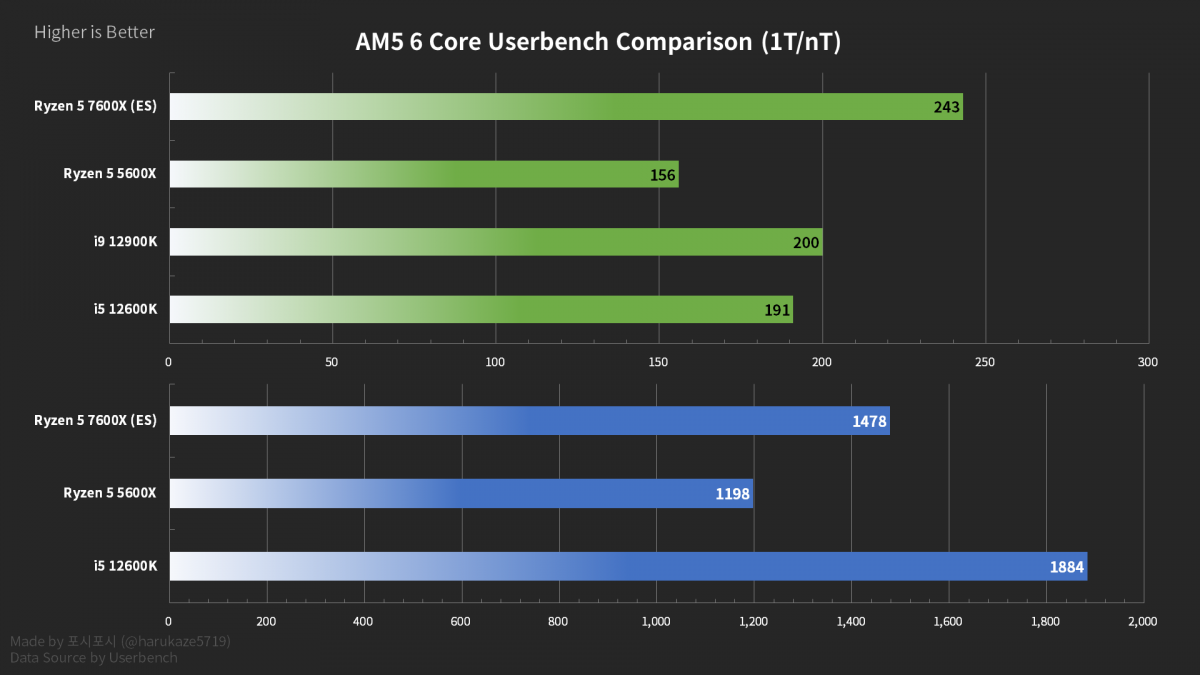 While this leak does not confirm the exact SKU name of the processor, AMD have themselves confirmed that such a SKU is coming. Furthermore, Ryzen 7000 series are to keep the same core count as Zen3 parts, hence this is very likely the upcoming Ryzen 5 7600X processor.