ASRock released an alpha BIOS for its X370 motherboards with support for Vermeer and Renoir CPUs. The firmware is available as Alpha, meaning that the software has not been tested and should not be used by anyone outside of the enthusiasts’ spectrum.

The BIOS has been published by JZelectronic on their forums, where a screenshot showing Ryzen 5 5600X running on X370 Taichi motherboard has been shown: 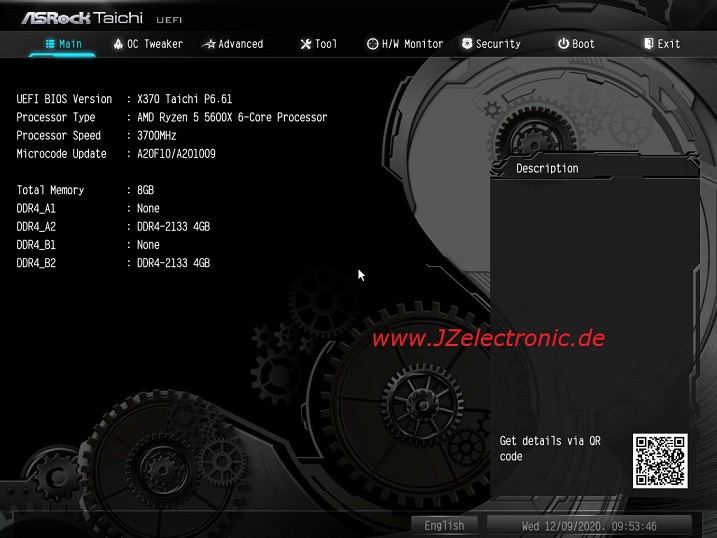 It is unclear how many features of the modern Zen3 architecture are available on the X370 platform, but one would guess that advanced voltage optimizations or Smart Access Memory may not work on this motherboard. It is worth reminding that the X370 series were based on the PCI Express 3.0 interface, which limits its modern capabilities.

The P6.61 BIOS is available to download through the JZelectronics website, but we do not recommend trying as it has not been officially released by ASRock, nor it has been publically announced by the manufacturer. Tom’s Hardware still awaits an official response from ASrock, but so far the company has not responded.

Tom’s Hardware also reached out to AMD for a comment, whether the plans have changed to support Zen3 CPU on the first iteration of AM4 motherboards, sadly that is not the case:

“AMD has no plans to enable or support AMD Ryzen 5000 series on AMD 300 series chipsets.”
— AMD via Tom’s Hardware