AMD Ryzen 5 5600X is a six-core and twelve-thread CPU based on AMD Zen3 architecture (codenamed Vermeer). The CPUs will be released in just 3 days, but multiple users have been able to purchase the processors ahead of launch, Jumper118 is possibly one of such people.

He tested the processor on ASUS Rog Crosshair VII Hero motherboard with 16GB of DDR4 memory clocked at 3200 MHz. He was able to test three versions of Cinebench, but course, the most interesting result comes from the Cinebench R20.

AMD already confirmed that it’s Ryzen 9 5900X scores 631 points in this single-threaded benchmark. The newly leaked data would therefore confirm that all Ryzen 5000 series processors are able to cross the 600 point mark. 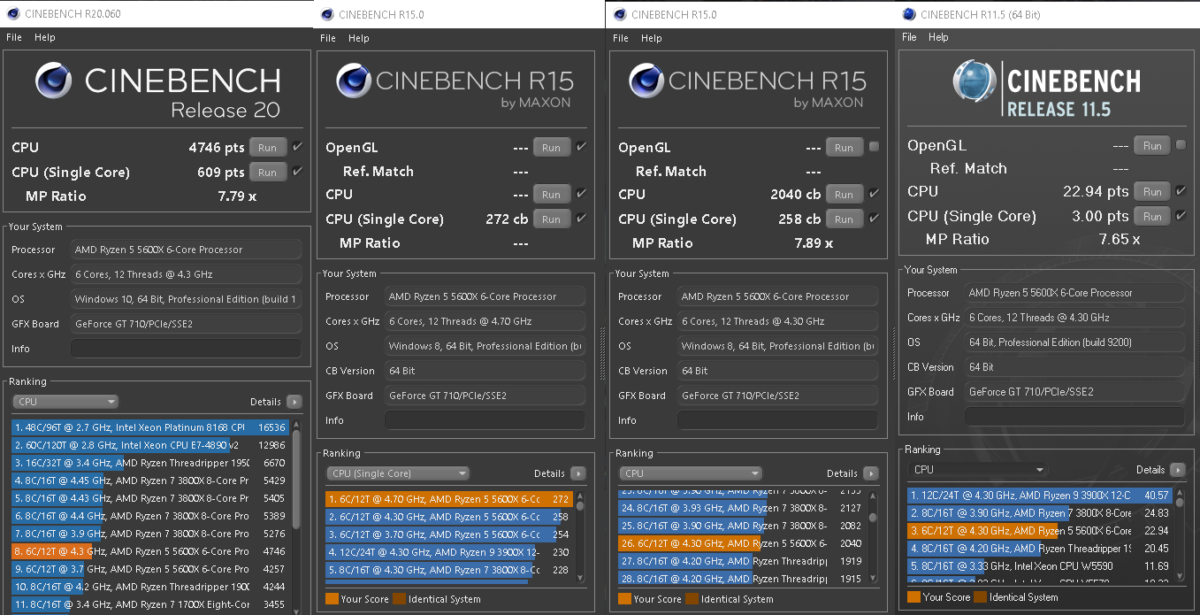 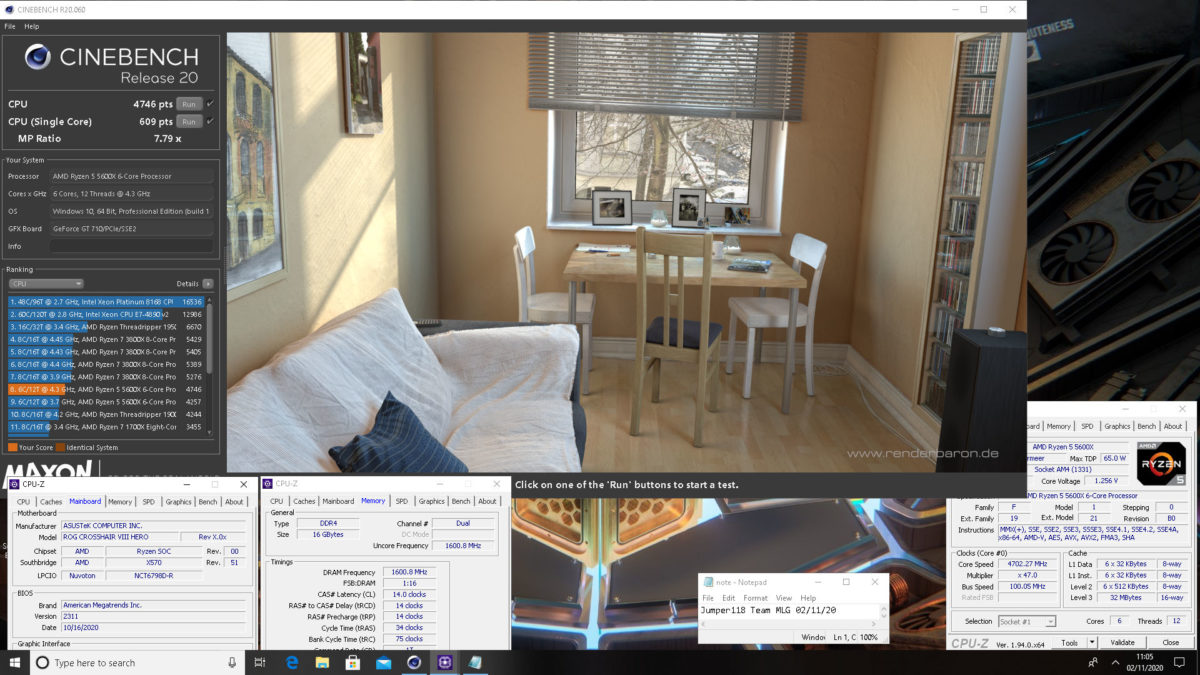 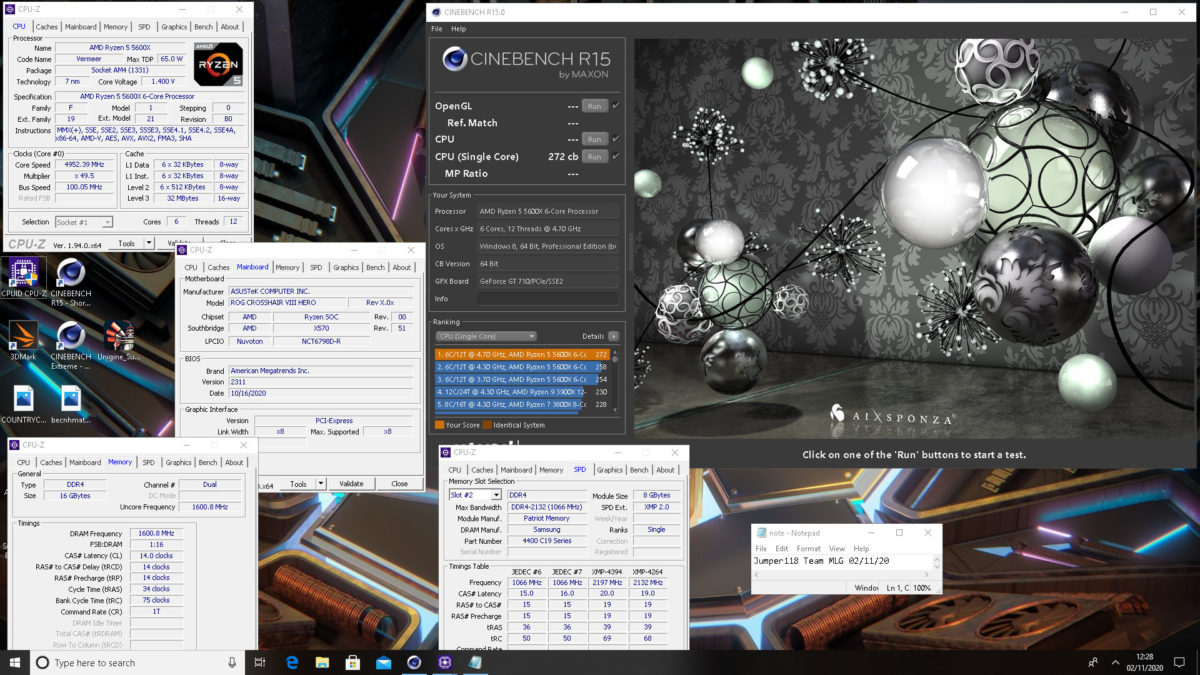 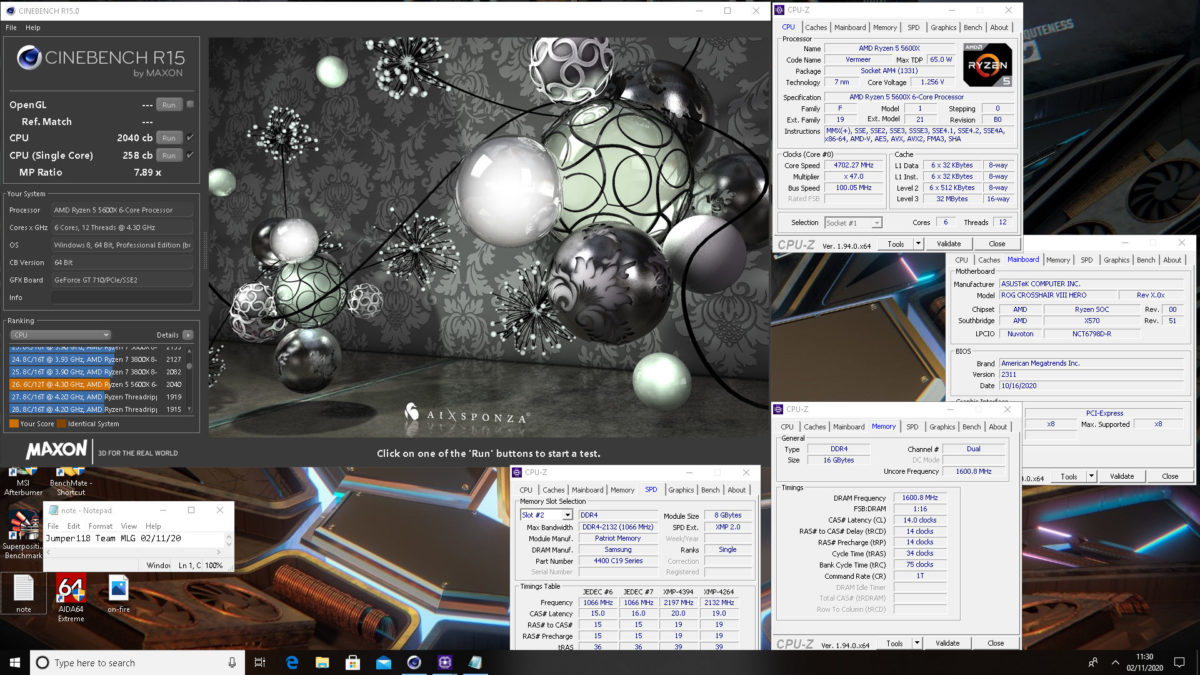 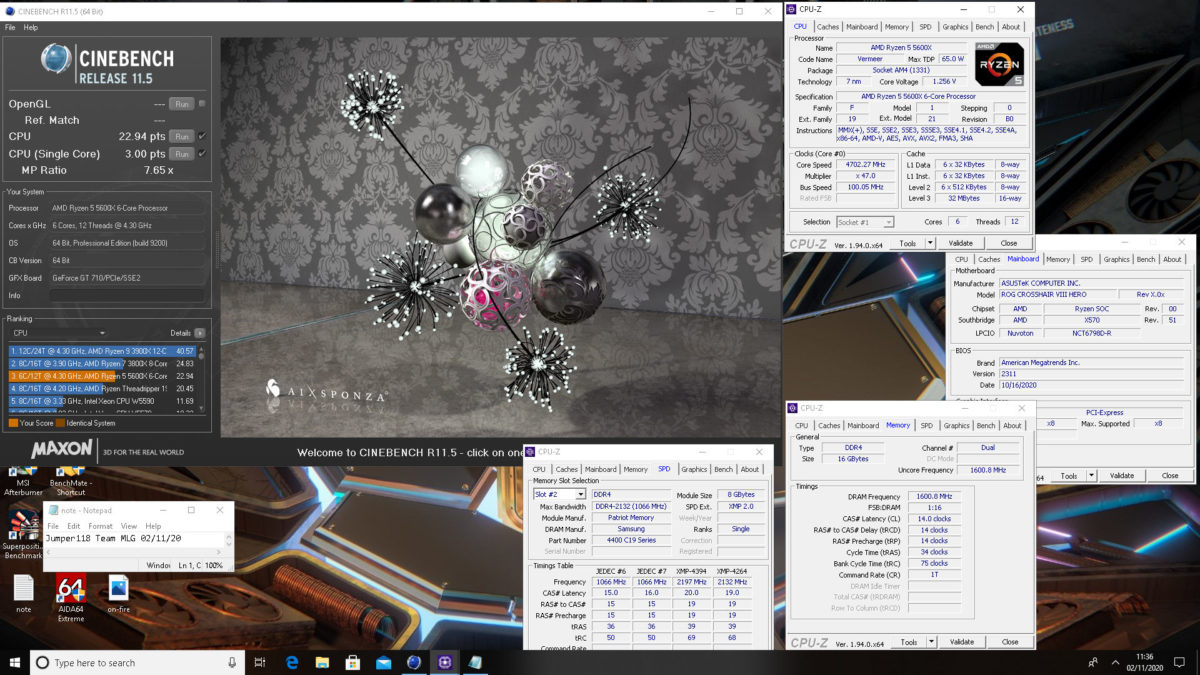