The latest infrared images from Fritzchens Fritz show a detailed structure and internals of AMD Cezanne APU. These are the latest mobile (and also recently became available as desktop) APU series featuring 8 core Zen3 cores and Vega integrated graphics. While there were official Cezanne die shots from AMD, they were just artistic interpretations nowhere near as accurate as real imagery.

Fritzchens used AMD Ryzen 5 5600G desktop APU, which is a 6-core processor, however, this SKU uses the exact same silicon as 8-core APUs, only those two cores are disabled. The Cezanne APU is larger than last-gen Renoir with Zen2 cores. The silicon is 179.9 mm2 which is 16% larger than Renoir. However, should all white space be removed, the size would be just 9% larger. 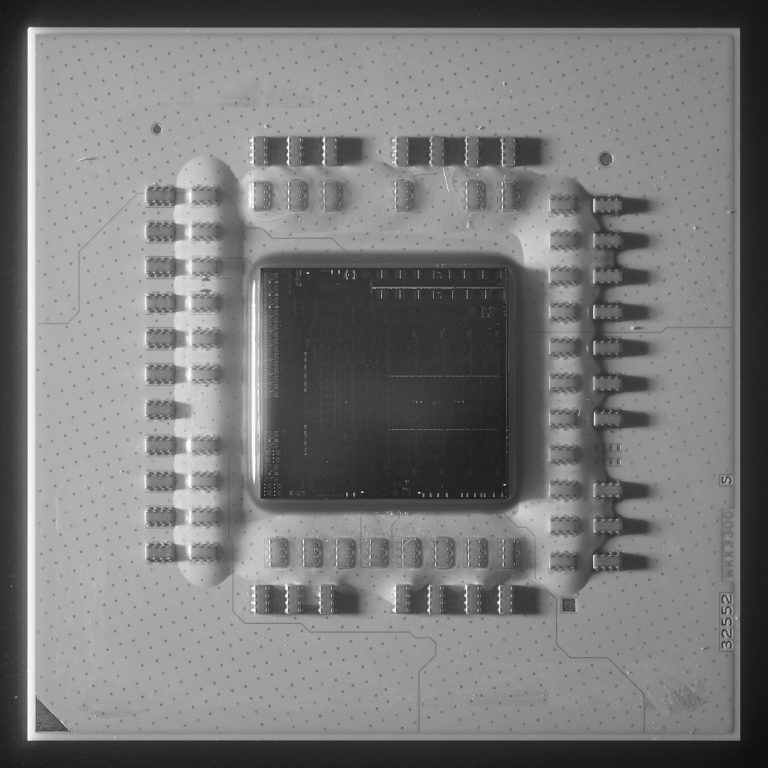 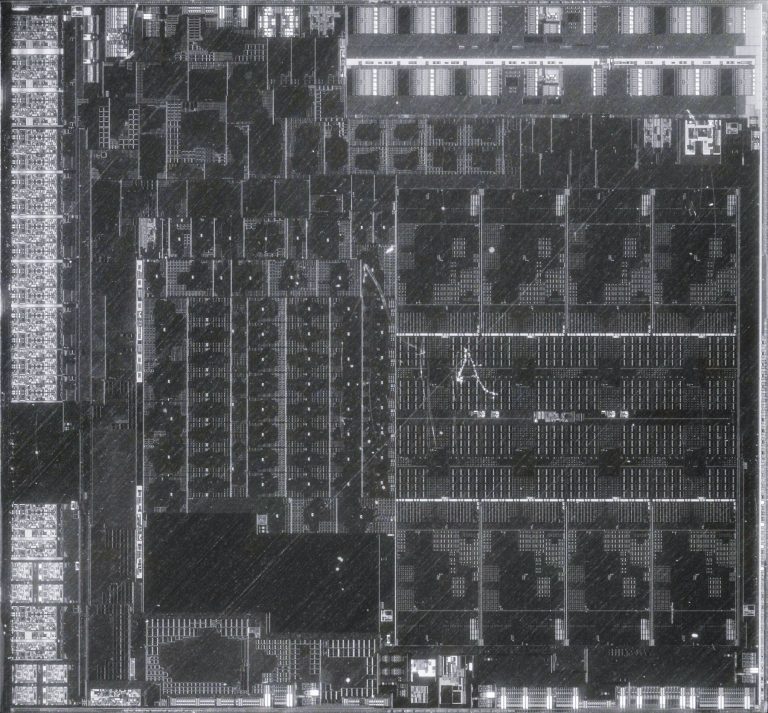 This was calculated through a quick analysis by Locuza. He also measures the size of the Zen3 cores specifically, concluding that the compute area is 27% larger than Renoir. 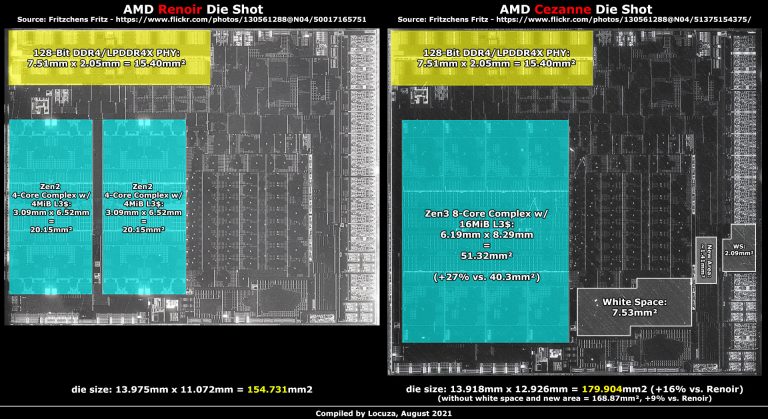 It is also said that AMD could have easily added more GPU cores into the chip, or alternatively provide a wider PCIe interface (the chip is limited to x8). However, the development cost and power constraints of this primarily mobile silicon were more important here. 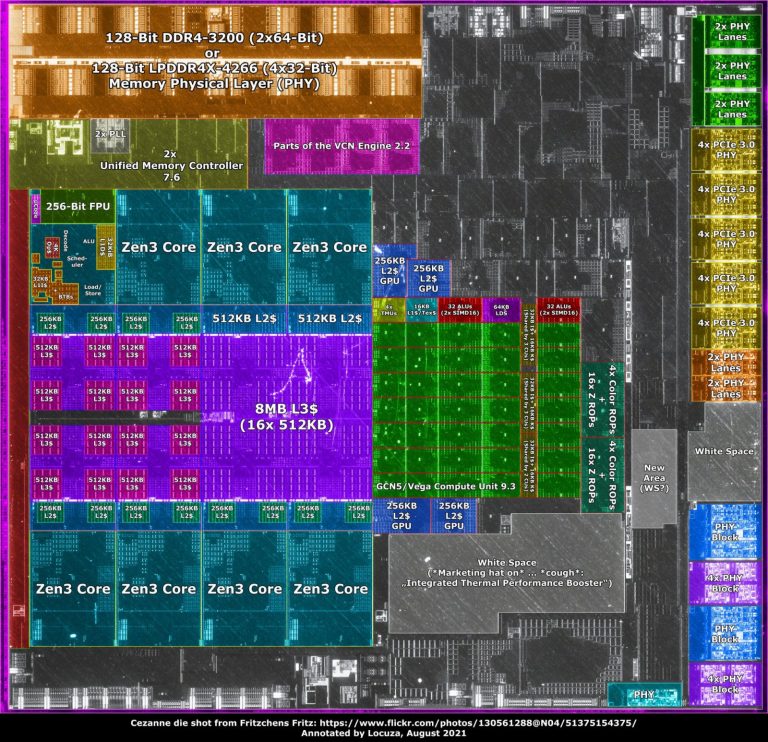 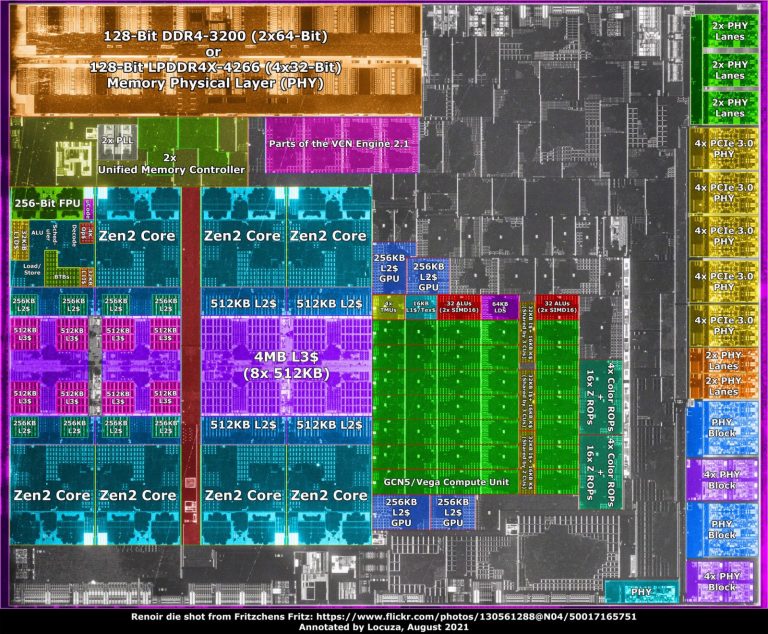