AMD has not even announced its desktop Zen3 APUs yet, but the CPUs can already be found on eBay.

AMD Ryzen 3 5300G is a quad-core desktop APU based on Zen3 architecture. The CPU is part of the Cezanne AM4 series that AMD has so far not even announced. Despite this rather unimportant fact, some eBay sellers are already offering the sample for sale. The CPUs that are being offered are engineering samples with a base clock of 3.5 GHz and an OPN code of 100-000000262-30_Y. The source of the samples is unknown, but it is common for CPU manufacturers to supply samples to motherboard makers and system integrators ahead of official introduction.

The description reveals that the CPU support is still rather limited. Many motherboards currently do not fully support Cezanne APUs. That said, there might be an issue with integrated graphics driver installation the seller claims. However, it is later mentioned that a fan has supplied a beta driver which is now being offered by the seller as well. 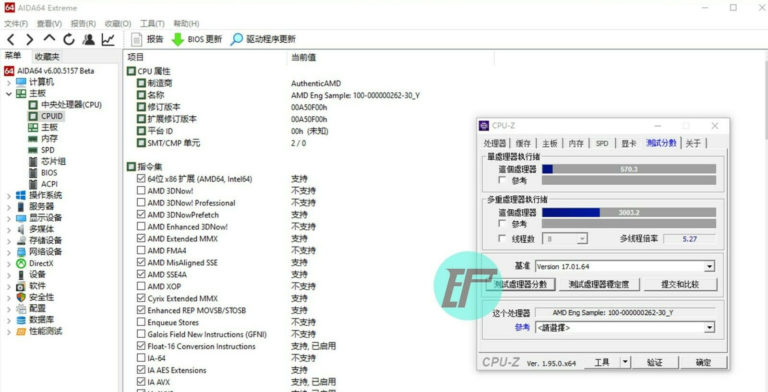 The seller also provided Cinebench R15 and R20 benchmark results, but only for multi-core. It scored 2068 points and 2685 points respectively in both benchmarks. 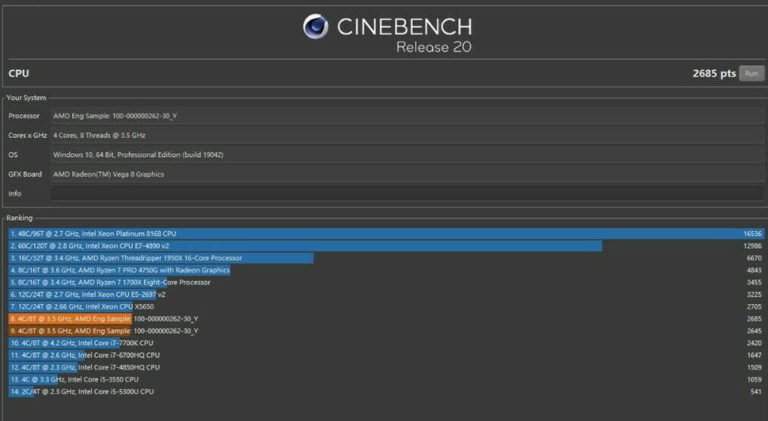 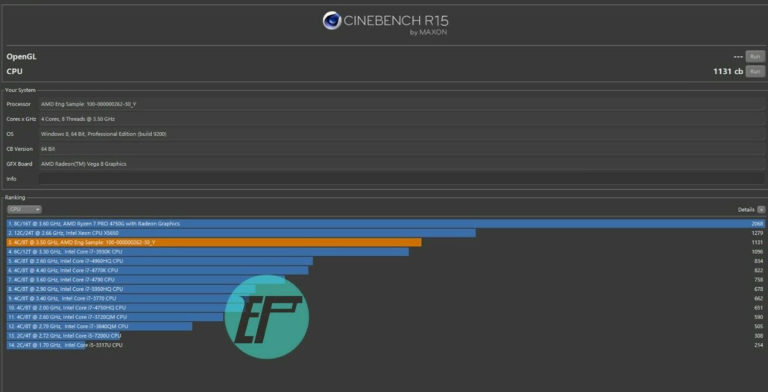 The predecessor based on Zen2 (Renoir) architecture was not offered through the DIY market. Instead, AMD only allowed OEMs to sell the CPUs. On the other hand, AMD also released a Ryzen 3 PRO 4350G, which essentially had the same specifications. The PRO variant retailed at 149 USD.

The seller also made a review video featuring the CPU