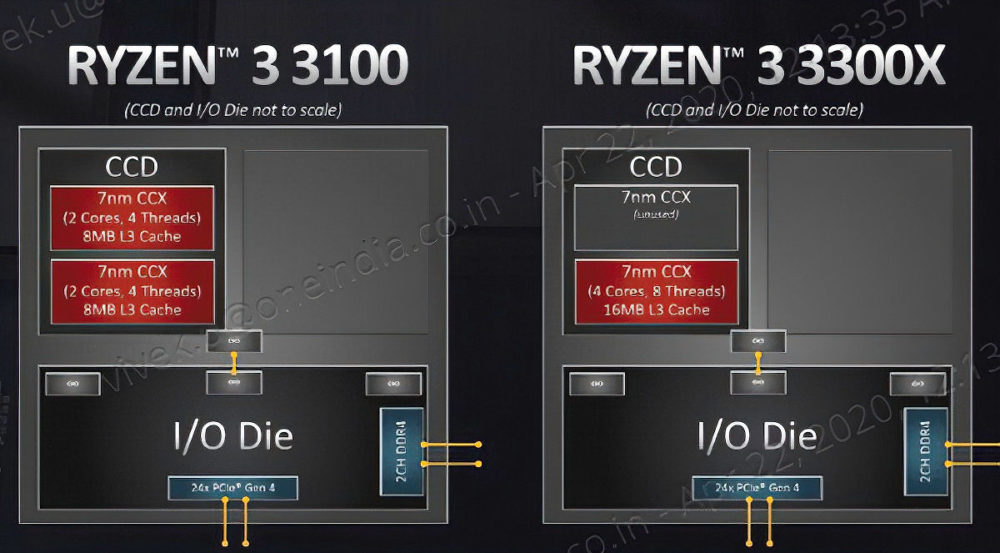 The Ryzen 3 series based on Zen2 architecture will feature two SKUs: 3300X and 3100. These are obviously not the only Ryzen 3 3000 CPUs, as AMD already launched its Zen+ models featuring onboard Vega graphics. However, these are the first 7nm quad-core CPUs from AMD.

The company has only confirmed the basic specifications of the CPUs and their suggested retail pricing. At first, it may seem that the 3300X is simply an overclocked 3100, but in reality, they have a different design.

Each Zen2 “Matisse” processor has up to two CCDs (Core Compute Die) and up to 4 CCXs (Core Compute Complex). There are two CCXs in each CCD. The Ryzen 3 series have only one CCD enabled but individual CPUs have different CCD configuration. AMD Ryzen 3100 will have two CCDs active, each with two cores enabled and each offering 8MB of L3 cache. The 3300X will rely only on one CCX, with all 4 cores active and using full L3 cache of this CCX (16 MB). For this reason, Geekbench detects 3100’s L3 cache as 8MB x2, while 3300 is 16MB x1.

AMD Ryzen 3 Zen2 series will be available next month. Accompanying the launch of sub-120 USD CPUs, AMD is also launching its mid-range B550 motherboards on June 16th. 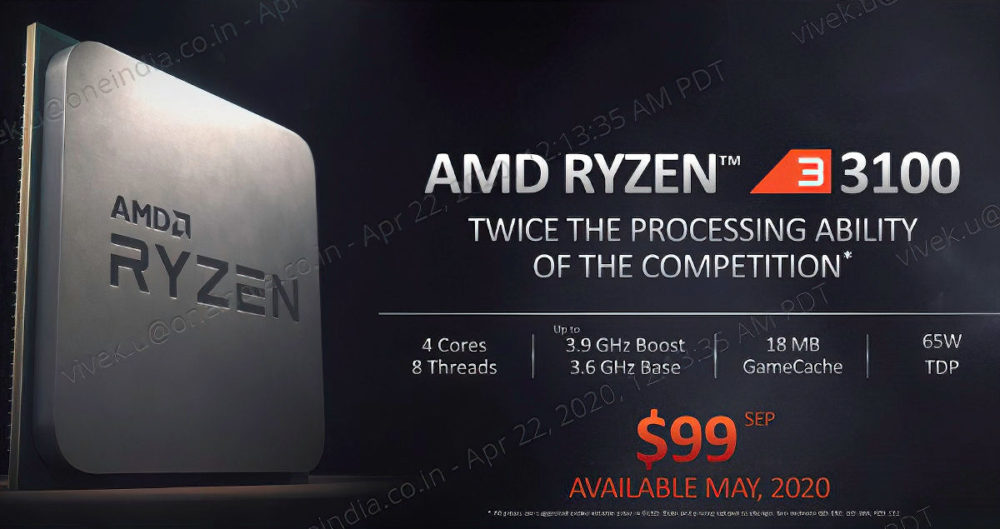 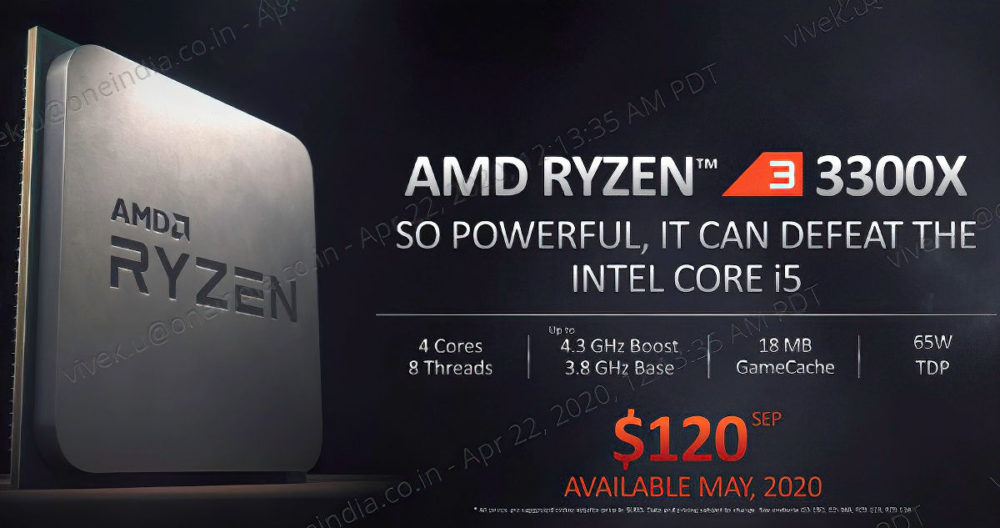