So far, AMD has not disclosed any specifications of its mainstream Ryzen 3 series.

According to ASRock AMD is preparing Ryzen 3 CPU (YD1200BBM4KAE) with a base frequency of 3.1 GHz. This model is currently listed with TDP rated at 65W.  AMD Ryzen 3 1200 is supported by ASRock’s AB350M-HDV motherboard.

What we don’t know is whether Ryzen 3 CPUs support SMT and XFR, or at least how far would the XFR range work.

AMD Ryzen 3 processors are expected to launch in the second half of 2017. 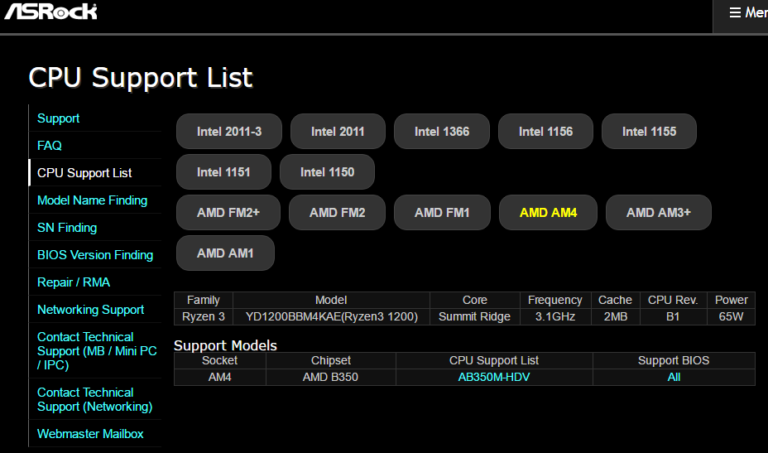