As we learned from MebiuW directly, the full roadmap has already partially been confirmed, but further details are yet to be made public (hence the reluctance to reveal the whole roadmap). We connected the previous part of the leak with a new one and created a single bigger slide.

The roadmap is separated by years. As we learned from MebiuW, in 2021 AMD is set to launch Warhol, Van Gogh and Cezanne. The latter is AMD Renoir successor but now based on Zen3 architecture. Van Gogh is labeled with ‘CVML’ which probably means ‘Computer Vision and Machine Learning’. Thus, the series is likely to focus on an entirely different market than Cezanne.

Still, the most interesting part of the leak is Warhol. Judging on how the block diagrams are placed the series would appear in the middle of 2021. AMD Warhol could either be a Vermeer Refresh or an ‘interim’ series for AM4 to AM5 socket transition.

Van Gogh’s successor has not yet been named, but we do know that AMD is now borrowing architecture names from famous painters.  Thus, Van Gogh successor should be a painter with the last name starting with D (It’s not Da Vinci – we asked).

It has also been confirmed that the first Navi2-based APUs are to be expected in 2021. Although Cezanne will still rely on Vega graphics, Van Gogh is set to be the first APU series featuring Navi. Their successors coming in 2022 are all expected to feature Navi as well, as indicated by the letter N in the diagrams.

AMD might reveal more details on their future Ryzen series during Vermeer launch later this year. 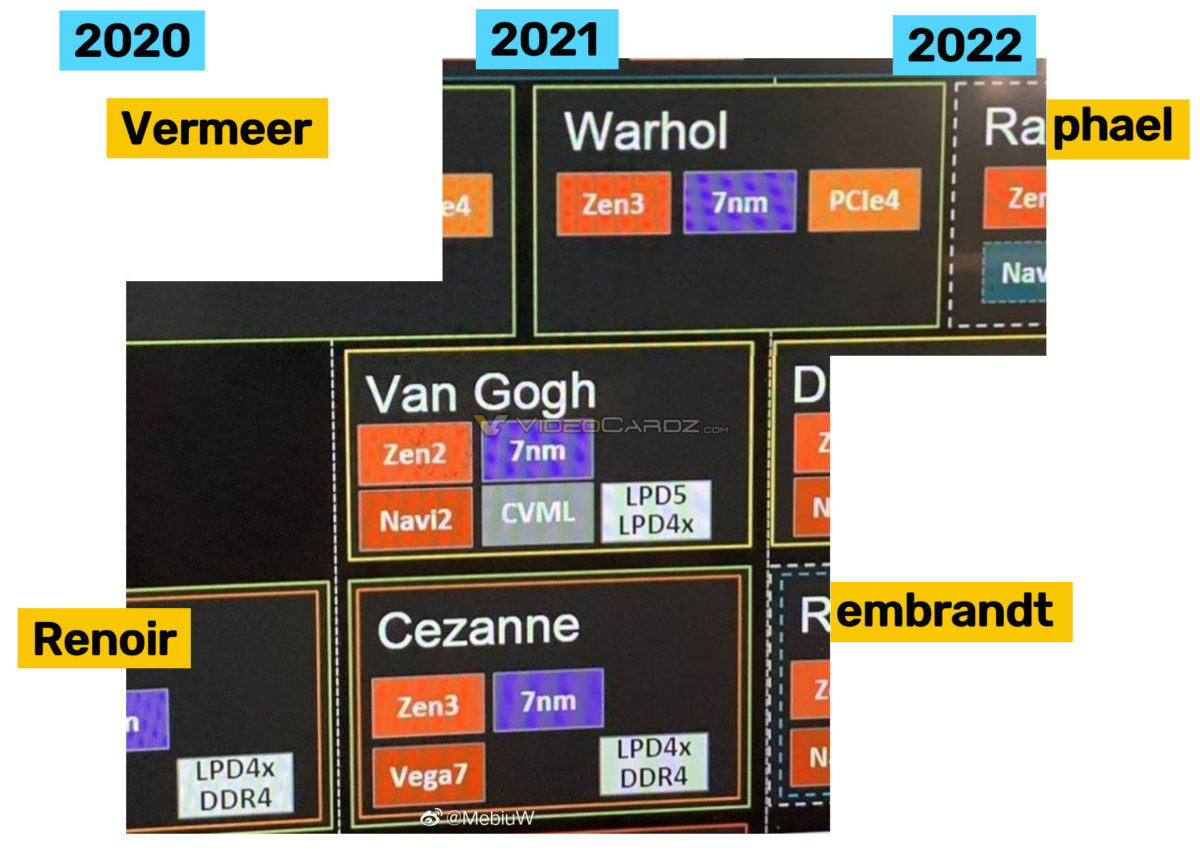 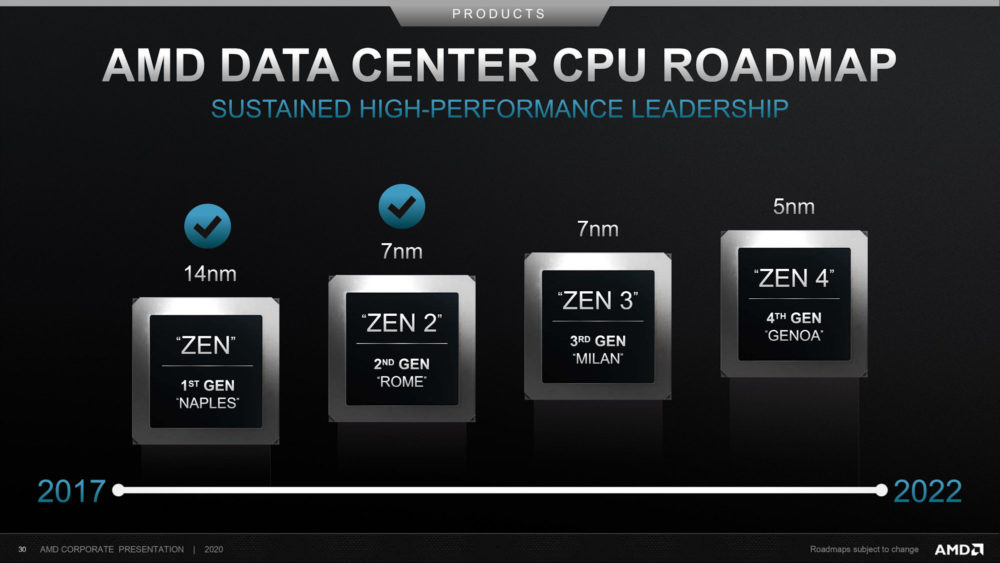 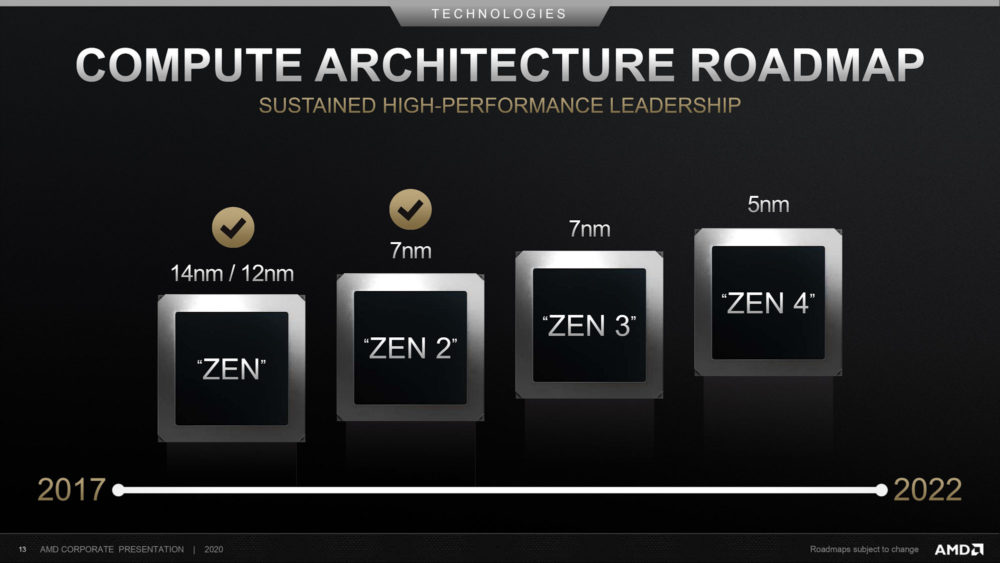 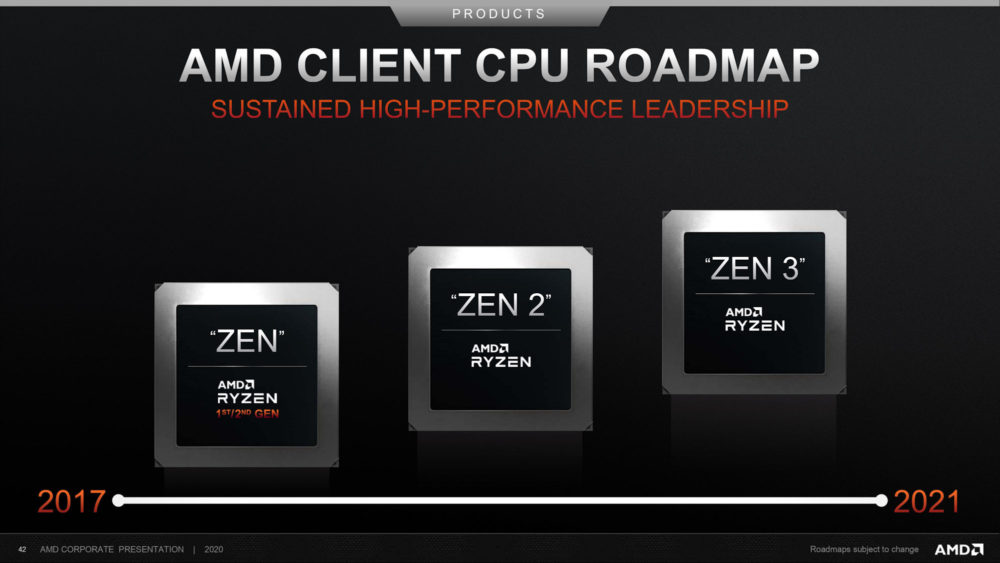