AMD announces Ryzen 7000: a mix of all architectures

There is no other way to say this, but Ryzen 7000 mobile lineup is a mess.

The new series will include Zen2, Zen3, Zen3+ and Zen4 CPU microarchitectures under a single product lineup. To makes matters worse, the series will also include Vega, RDNA2 and RDNA3 graphics. 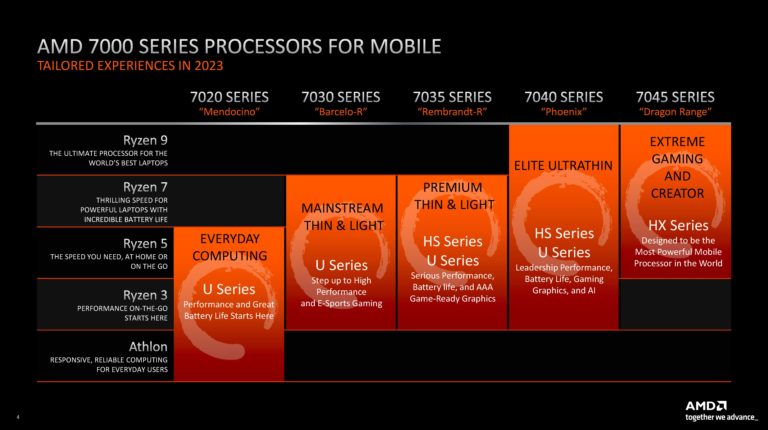 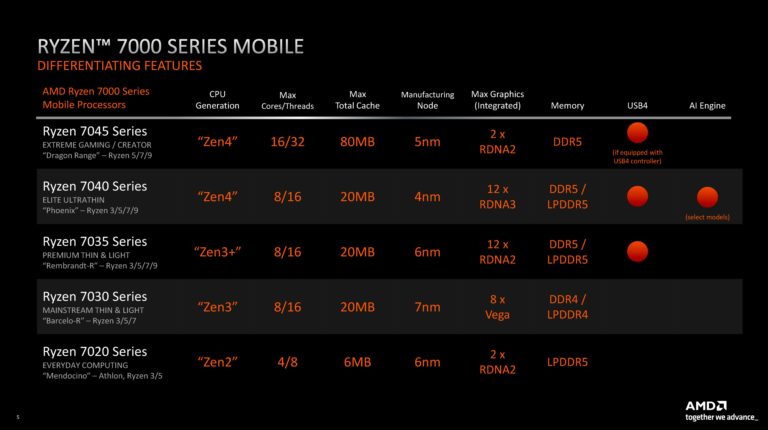 The most interesting series will be called Ryzen 7040 and 7045, which are based on the latest Zen4 architecture. AMD is launching today Phoenix and Dragon Range series, designed for ‘Elite’ ultra-thin laptops or for those seeking ‘extreme’ gaming performance.

The AMD Dragon Range will allow AMD to offer up to 16 cores in a laptop design for the first time. This product will have limited graphics performance (only 2 Compute Units), but this is precisely what we get with the desktop series. In fact, Dragon Range is using the same chip, except it is using a new package.

The Dragon Range is AMD’s response to Intel’s Core HX series, which is technically a very similar product using repurposed desktop class CPUs. Both have TDP limited to 55W and both are designed for the best mobile performance. 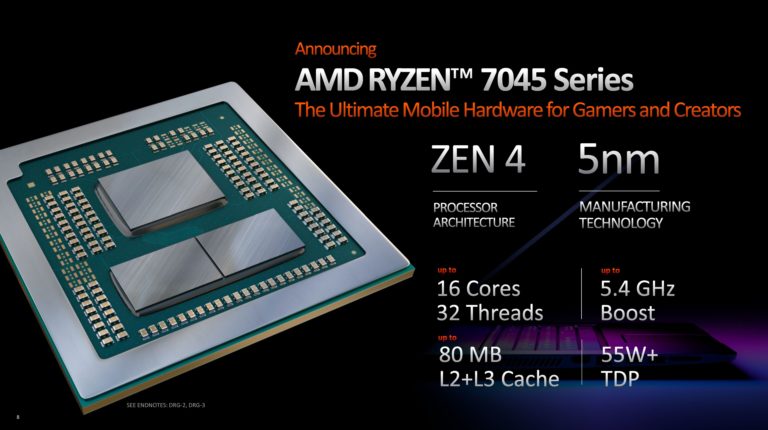 AMD Ryzen 7045 will offer up to 16 cores and 5.4 GHz boost. Similarly to desktop silicon, the maximum configuration will be equipped up to 80MB of L2+L3 cache. This configuration will be available with Ryzen 9 7945HX CPU. AMD confirms that maximum TDP for this CPU is 75W. AMD confirms three laptop designs that will feature this processor: Dell Alienware m16&m18, ASUS ROG Strix and Lenovo Legion series. 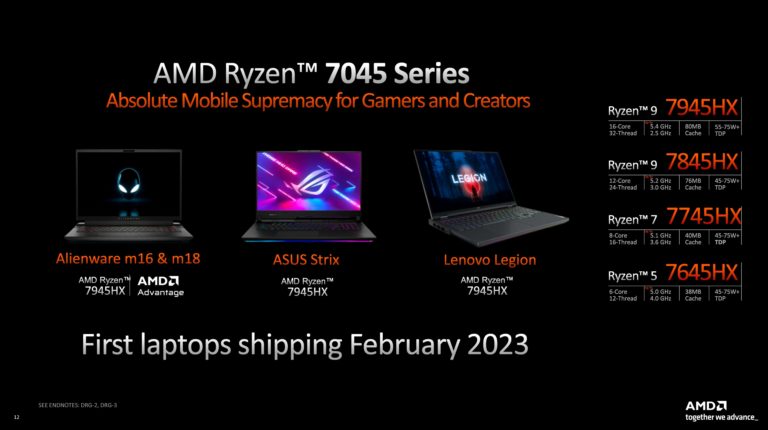 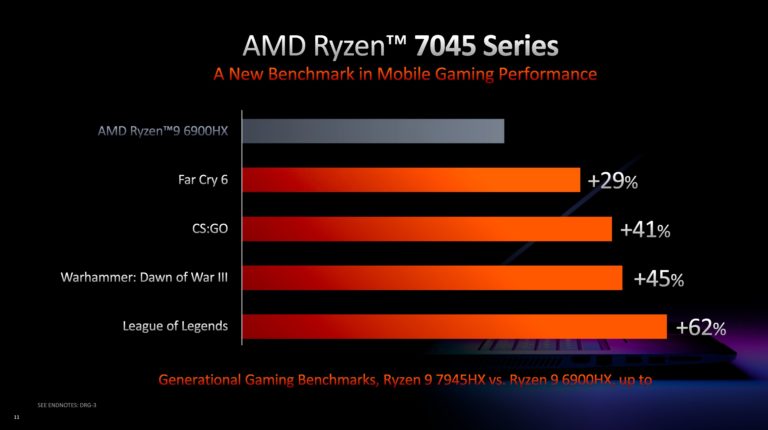 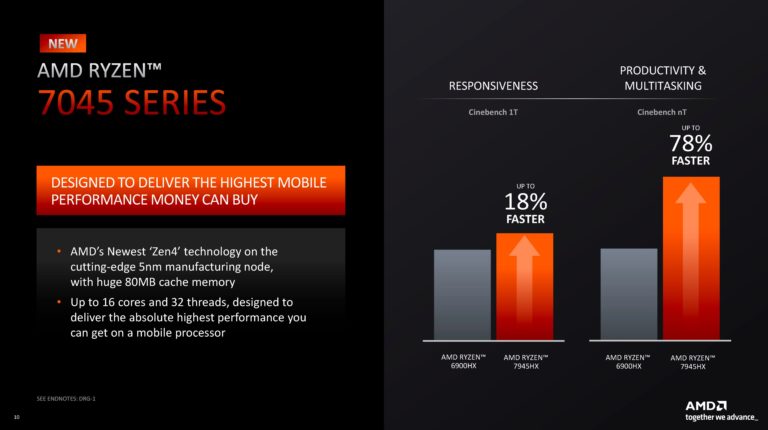 AMD Phoenix based Ryzen 7040 series will combine Zen4 with RDNA3 architecture. Furthermore, these processors will also come with AMD’s new XDNA Ryzen AI engine.  The series will be limited to 8 cores and clock speed up to 5.2 GHz. AMD expects notebook makers to design Phoenix systems within 35W to 45W TDP. 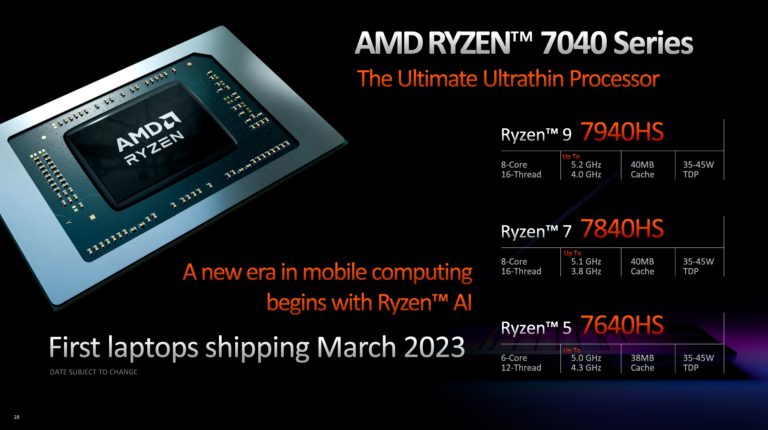 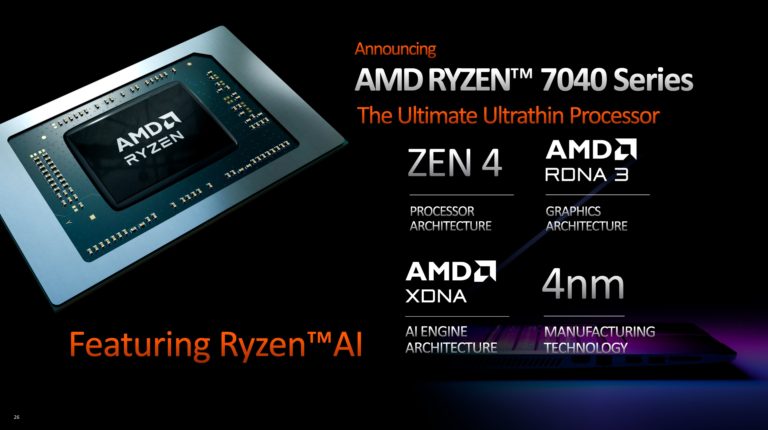