AMD has announced that in order to play Resident Evil Village with raytracing, a Radeon RX 6800 XT graphics card is recommended.

On the same day, AMD announced its new Radeon RX 6700 XT graphics card, the manufacturer also announced that the upcoming Capcom’s game Resident Evil Village will support ray tracing and a set of AMD proprietary technologies known as FidelityFX. Neither AMD nor the developer has confirmed which FidelityFX technologies will be enabled in the game, but since the RE: Village is based on the same RE Engine as Resident Evil 3, it is likely that apart from ray tracing will also support FidelityFX CAS (Contrast Adaptive Sharpening).

AMD RDNA2 graphics cards are already capable of hardware acceleration for raytracing, each Compute Unit features a one Ray Accelerator. AMD has been very reluctant to talk about raytracing acceleration performance on Radeon RX 6000 graphics cards, mainly due to how it performs in comparison to NVIDIA Ampere GPU. AMD raytracing performance is comparable to NVIDIA Turing. AMD’s implementation relies on DirectX RayTracing (DXR) whereas NVIDIA supports DXR, Vulkan RT Extensions, and its proprietary RTX technology.

It is unclear if raytracing in RE: Village will also be supported by NVIDIA GPUs at launch. A previous title that launched exclusively with raytracing support on AMD cards, Godfall, has received NVIDIA support only three months after the game was released.

What may be interesting is that AMD themselves recommends a higher tier GPU than Radeon RX 6700XT for raytracing-enabled gaming. It is unclear what are the game settings proposed by AMD, but the 6700XT is officially targeting 1440p gaming, whereas RX 6800XT is for 4K gameplay. Both recommended settings with raytracing and without, list Ryzen 5 1600 6-core CPU, a first-generation Zen-based processor that isn’t really known for great gaming performance, but rather for how cheap it has been since the release.

Resident Evil Village will launch on May 7th. 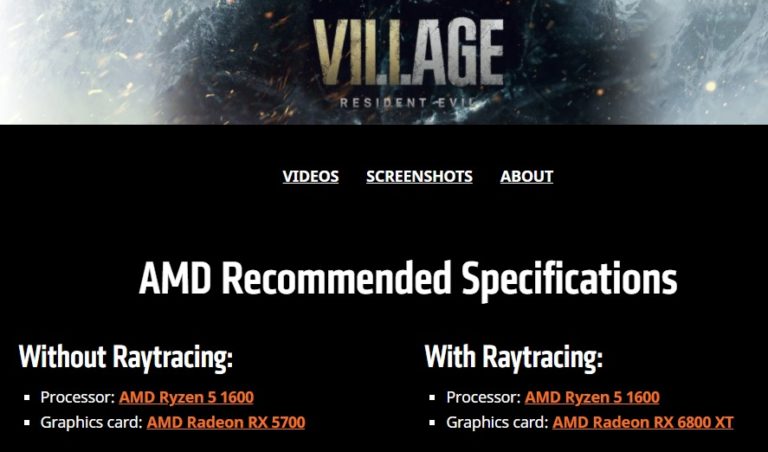 We've partnered with Capcom to utilize raytracing and AMD FidelityFX to enhance the atmosphere and next-generation visuals in Resident Evil Village. We can't wait to play #REVillage on May 7th. pic.twitter.com/VgSZiPlJvz 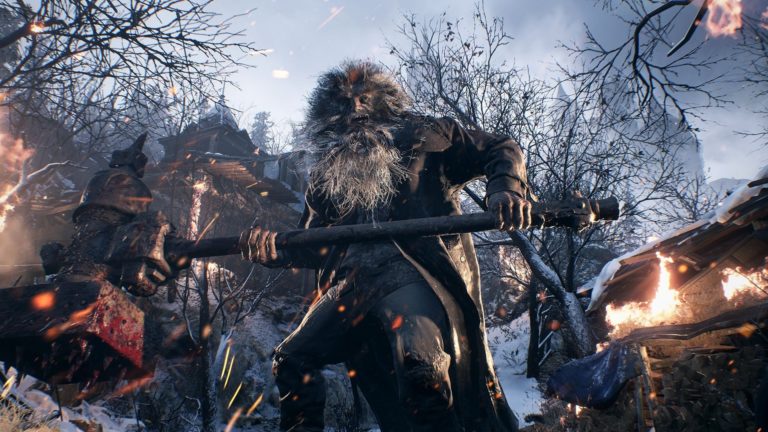 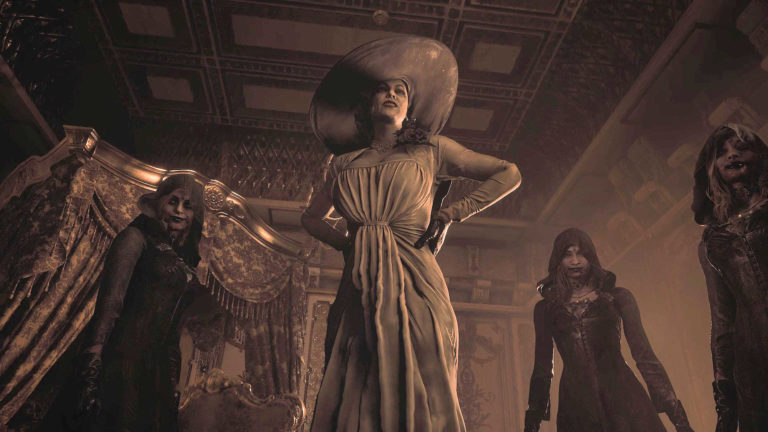