Nearly a month after Radeon RX 7900 were launched, AMD is now sharing a document featuring details on low-level instructions for RDNA3 architecture. This very sophisticated programming guide is intended for developers who would like to take advantage of the architecture by using specific instructions that were enabled or modified for the third generation RDNA.

The main purposes of this document are to: 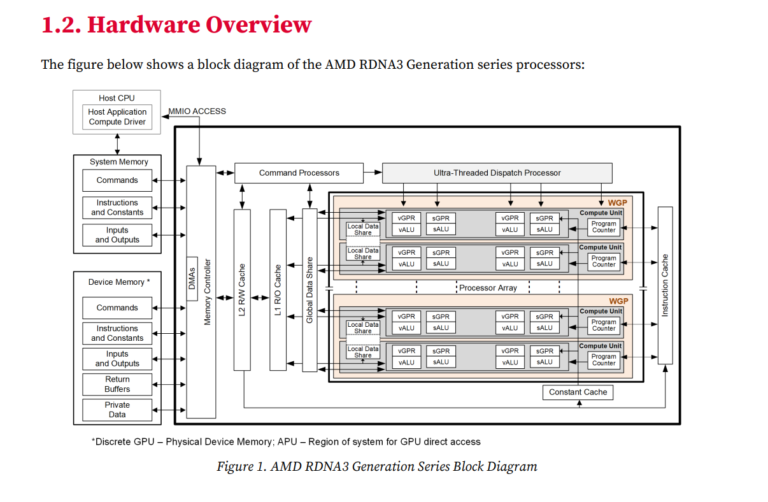 Thus far AMD only released one RDNA3 GPU, the Navi 31. This processor is used by Radeon RX 7900 graphics cards only. However, the company already announced its Navi 33 GPU for mobile devices which is set to launch next month.

As far as rumors are concerned, AMD should launch three Navi 3X GPUs for desktop and laptops, while the architecture is also used by integrated graphics into Phoenix APU.