AMD RDNA3 architecture will offer over 50% better performance per watt over RDNA2, which the company already declares as more efficient than NVIDIA consumer Ampere GPU architecture (by comparing RX 6950XT to RTX 3090 Ti).

AMD RDNA3 will launch with Navi 3X GPUs later this year. It is unclear if the graphics card shown in the official slide is an indication of similar Radeon RX 7000 series cooler design to the existing RDNA2 RX 6000 series. 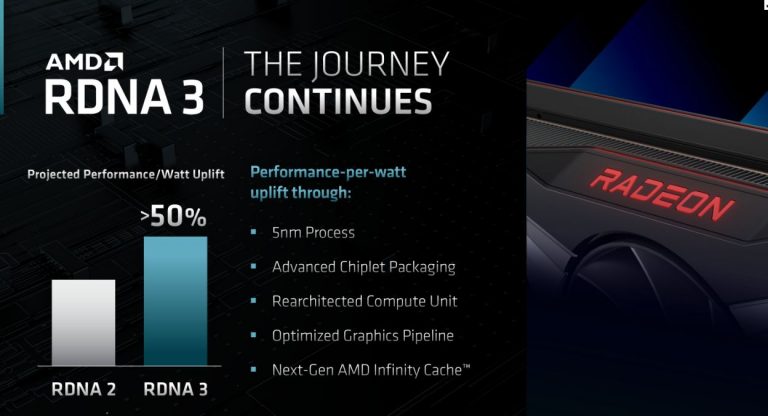 Without providing many details, AMD confirmed its RDNA4 architecture will use a more advanced node. AMD is not mentioning the process node for RDNA4 GPUS probably to obfuscate the details on purpose. The architecture should be introduced by 2024, which is a similar timeline to Zen5 CPU architecture. 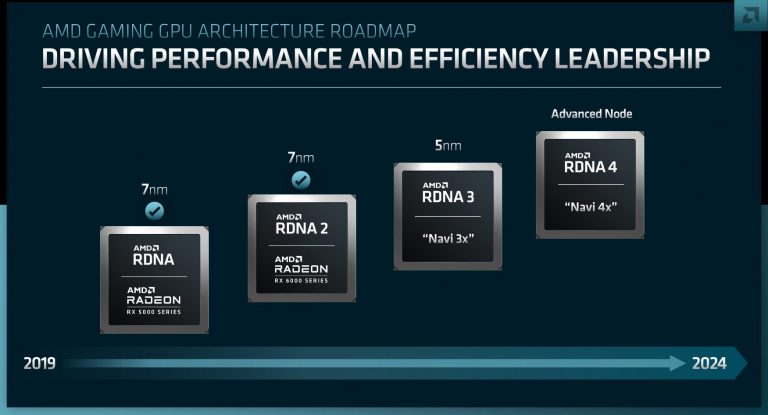 Finally, AMD confirmed that CDNA3 architecture will be the world’s first exascale APU design. This is achieved by combining CPU and GPU chiplets on a single package. AMD is not confirming which CPU chiplets would be used here though. This 5 nm data-center GPU architecture will launch next year for Instinct MI300 product series. 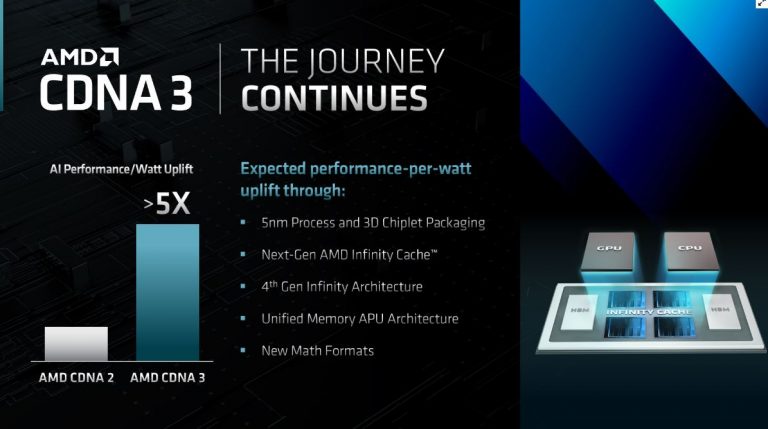 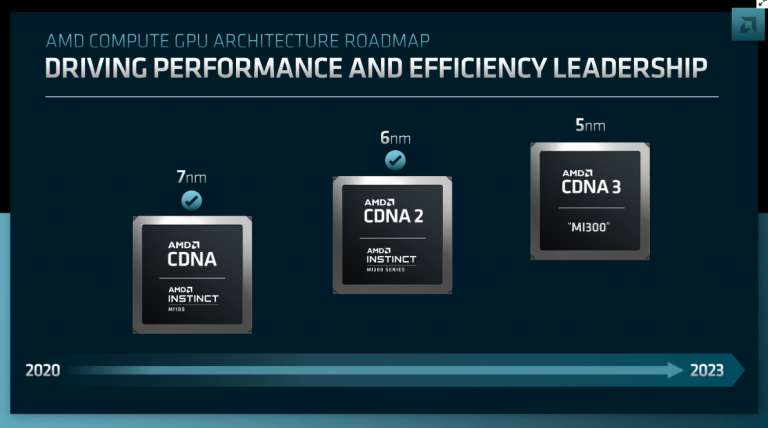