AMD has not been eager to share details on the ray tracing performance of its Radeon RX 6000 series at launch, but as it turns out, the manufacturer has revealed some details that can be directly compared to the NVIDIA Ampere series.

These units are responsible for the hardware acceleration of ray tracing in games. The RX 6900XT features 80 RAs, RX 6800XT features 72, and RX 6800 has 60. The same Ray Accelerators can be found in RDNA2 based gaming consoles.

Measured by AMD engineering labs 8/17/2020 on an AMD RDNA 2 based graphics card, using the Procedural Geometry sample application from Microsoft’s DXR SDK, the AMD RDNA 2 based graphics card gets up to 13.8x speedup (471 FPS) using HW based raytracing vs using the Software DXR fallback layer (34 FPS) at the same clocks. Performance may vary. RX-571 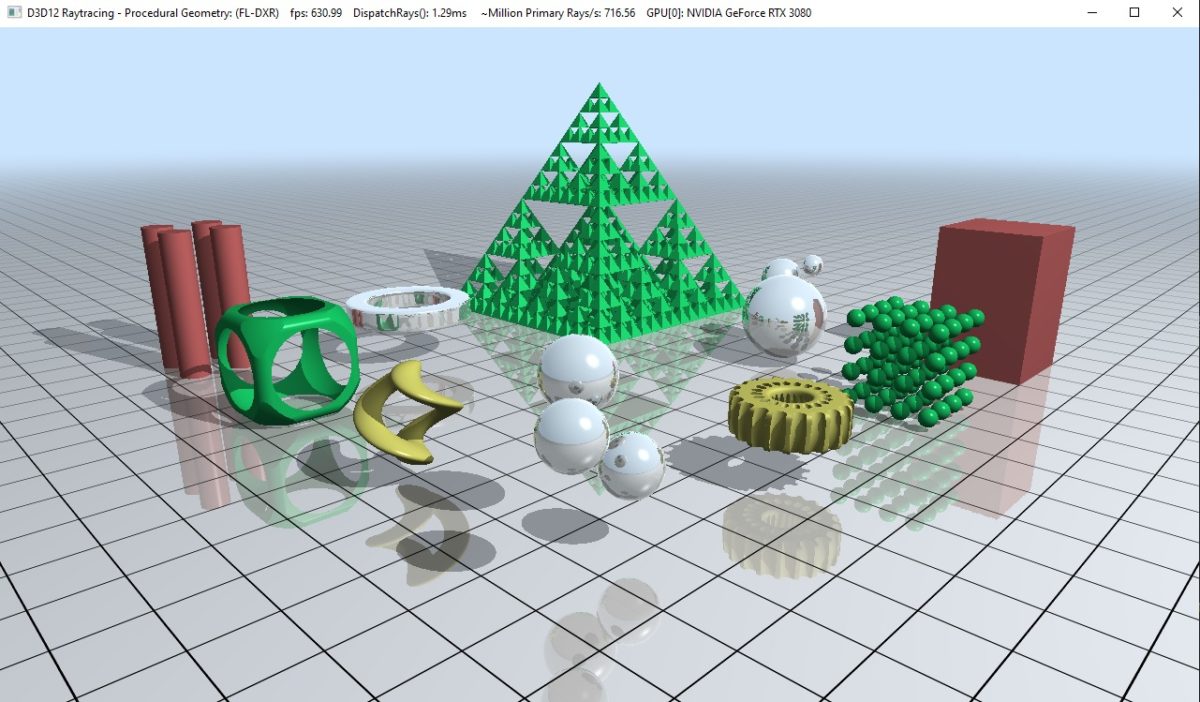 We have also ran the benchmark on the GeForce RTX 3080 with stock clock and power targets using a precompiled executable file. The RTX 3080 scored 635 framerate on average from three 1 minute runs.

This means that GeForce RTX 3080 is around 33% faster than Radeon RX 6800 XT in this particular benchmark. Of course, there are few things that need to be taken into the account such as the testing platform and DXR benchmark resolution (AMD did not clarify the resolution, hence we used a default one). 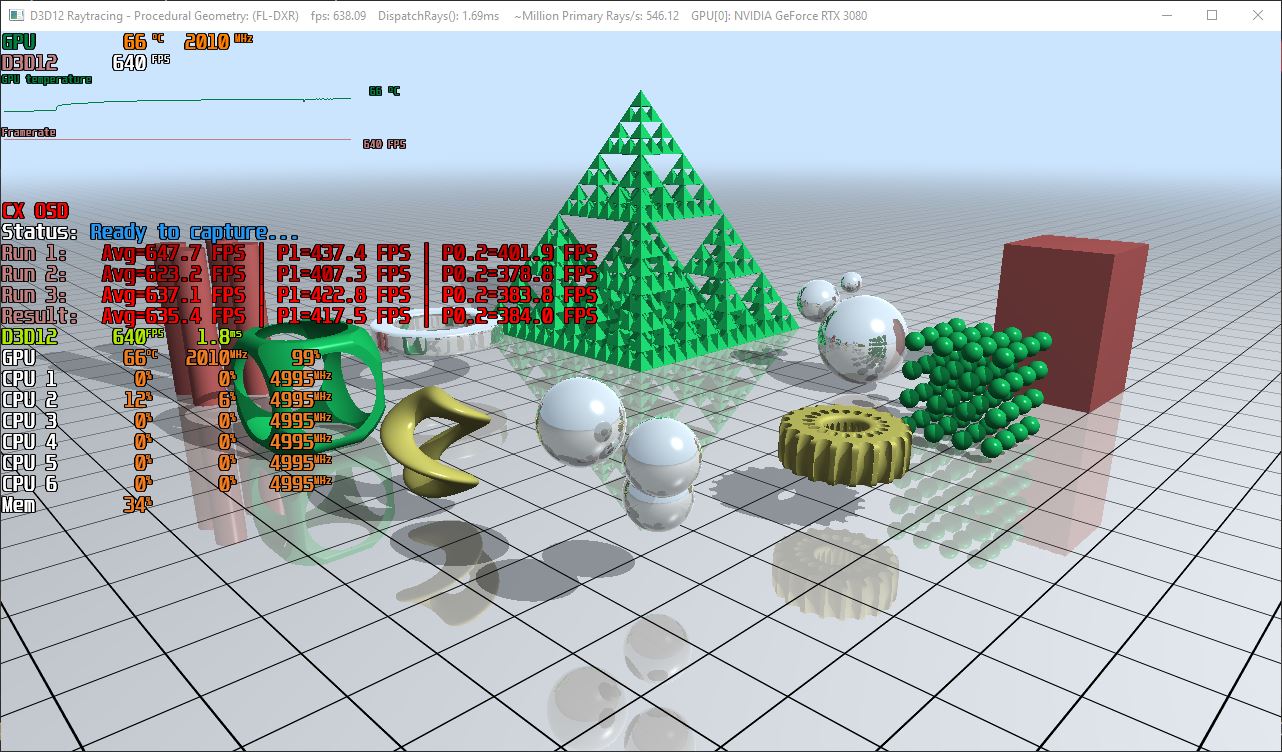 The stock GeForce RTX 3090 has a framerate of 749, according to the screenshot posted by Hassan Mujtaba (Wccftech). This means that RTX 3090 is 59% faster than AMD RX 6800XT in this DXR test. 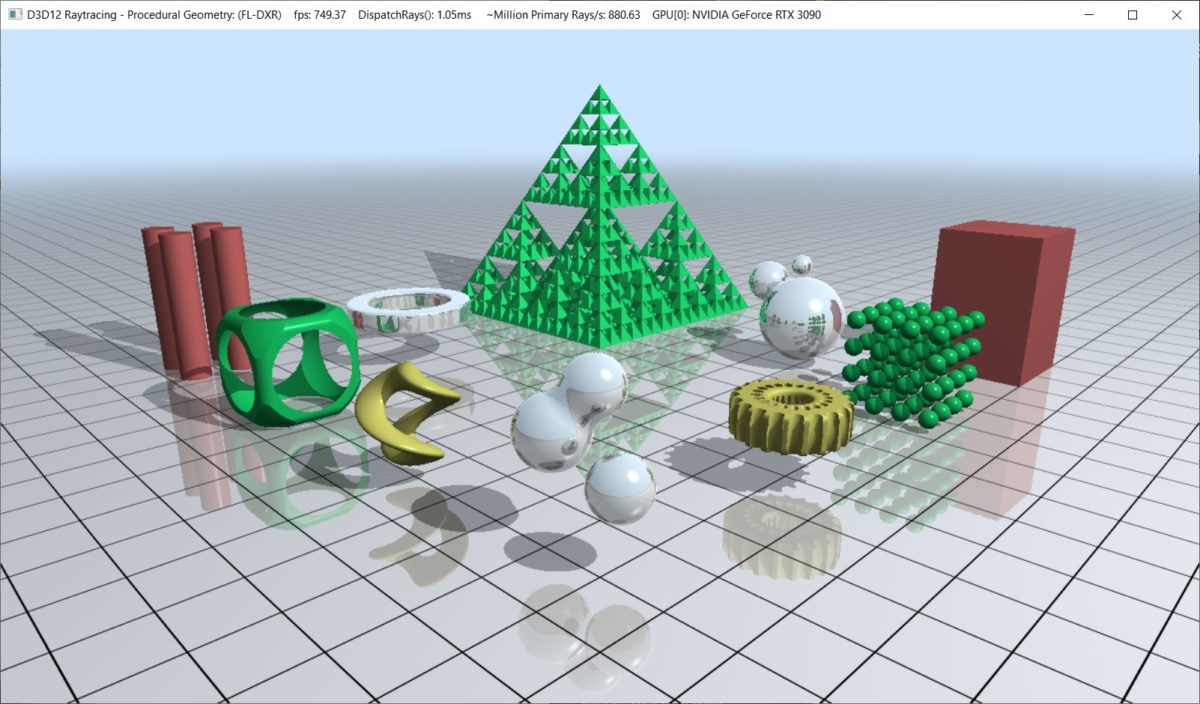