GamersNexus who are known for in-depth temperature and power analysis of modern graphics cards, were quick to notice that Radeon RX 7900 series have hidden thermistor. 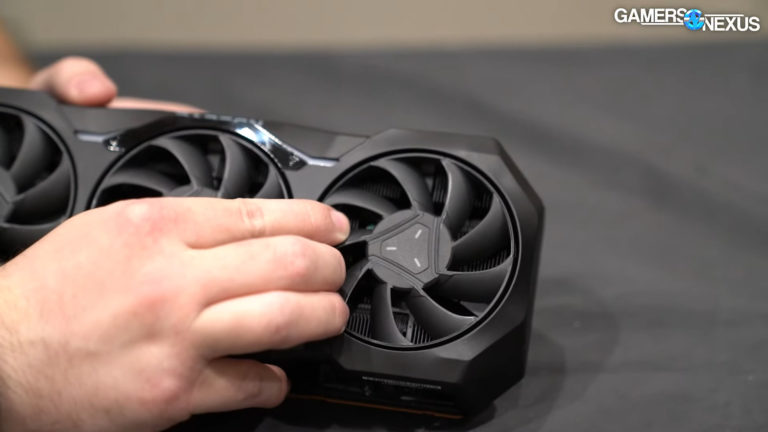 The sensor is hidden behind the fan, effectively allowing the card to measure the temperature of the ambient temperature inside the case. This feature is very useful for graphics cards that have 0 RPM/0 dB technology implemented. AMD Radeon RX 7900 series support it as well. This technology turns off the fans when the card is idle or during light use.

Without such sensors, some card components apart from GPUs, such as VRMs, were prone to overheating. Steve Burke provides an example of GeForce GTX 10 series from EVGA, whose cards suffered from lack of such sensors, effectively causing some components to overheat and die in the process. The company was later forced to redesign their cards by adding multiple sensors across their cards.

Gamers Nexus expects AMD to expose the data from this sensor to users, possibly with official software, however the company has not made any official comments on the matter. It is not clear if board partners will be adding similar sensors to their designs, in fact, no brand, except ASUS, have shown their RX 7900 series yet.