Der8auer published a comprehensive overview of Radeon RX 7900 hot spot temperature issue. He purchased four cards to verify the most commonly mentioned problems, such as a difference between horizontal and vertical installations of the GPUs.

As it turns out, there is indeed a difference. As per the video, with each card tested in a 10 minute burn-in test, GPUs will reach higher hot spot temperatures when installed vertically. But this is not the full story. 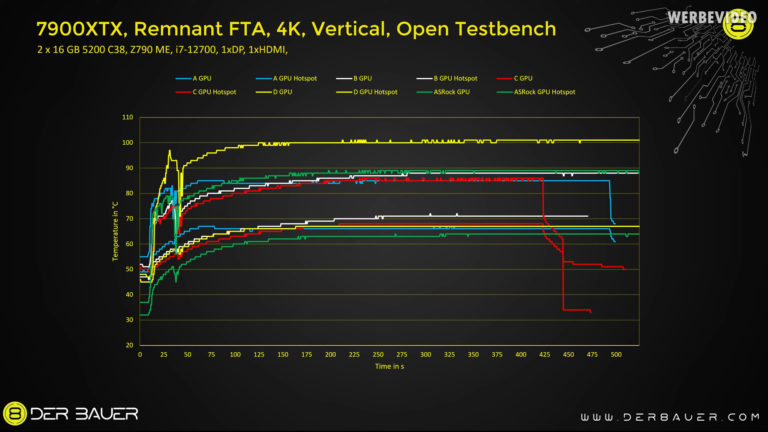 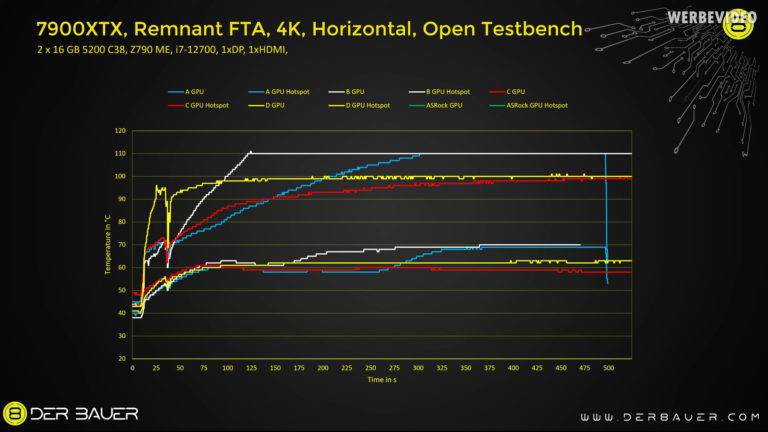 Der8auer designed a special stand to verify if the cooler weight and gravity may be the reason higher temperatures are observed in horizontal mode. This test has shown similar results compared to lack of a support for the cooler, which means that it is not an issue.

Similarly, after taking the cooler apart and removing the support bracket which has direct contact with VRM did not improve the temperature. The YouTuber speculated that the stand offs height might have created a small gap and as a result affect cooler efficiency, but this rather simple test has confirmed that this not an issue. He even went as far as to grind the stands on the main cooler part to decrease the gap between the GPU and the cooler, but this did not solve the problem either. 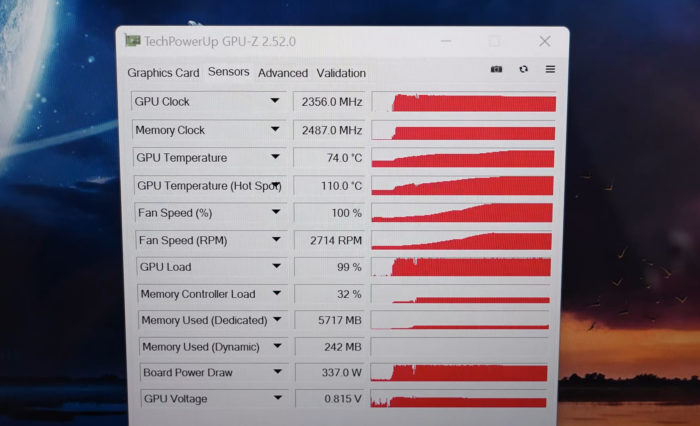 Another theory was a vapor chamber problem. While one of the tested cards was still running Furmark der8auer rotated the whole test bench to see that the temperature has increased significantly. Even flipping the card again did not bring the lower temperature back. The same issue was observed with both modified and untouched RX 7900 reference cards. 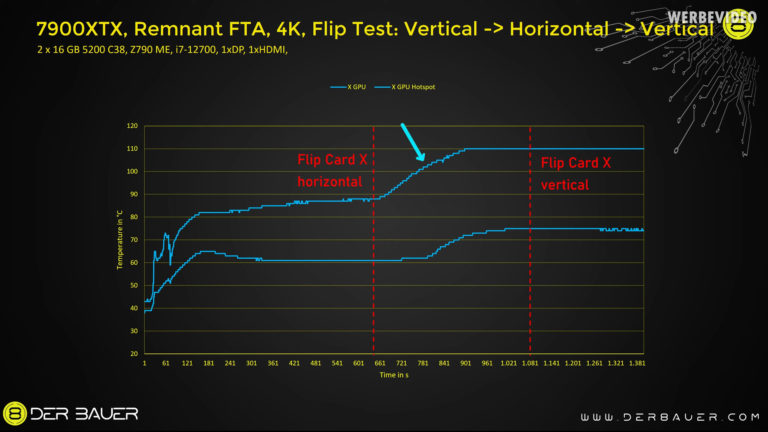 AMD recently published a short statement that encourages people with the thermal throttling to contact their support:

But as Der8auer says, this issue now affects many users, and if vapor chamber is really the problem, then this may force AMD to take much serious action.