Chiphell community was quick to find BIOSes in TechPowerUP database. Although they were already removed, they confirm high TGP ranges for RX 6950XT SKU, their power limits and what memory they support.

Two of the cards listed there were MSI RX 6950XT GAMING X TRIO and SAPPHIRE RX 6950XT NITRO+ Pure. Although the latter has power limit set to 325W it can further be adjusted by 20%, which means as much as 390W of power. The power limit for MSI card is 332W and up to +12% increase, which is 372W. Do note that those are TGP (GPU+memory), not TBP. This means that full graphics card power will easily be beyond 400W. 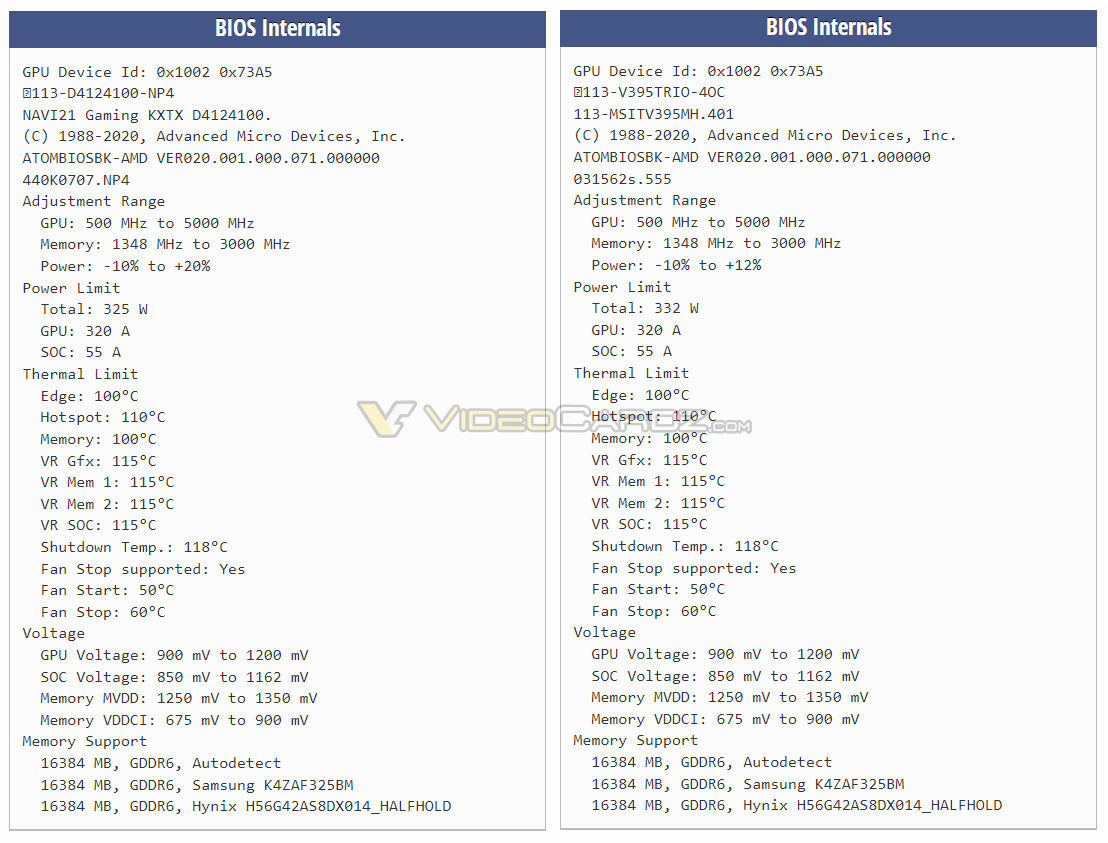 The RX 6950XT model will ship with Navi 21 KXTX GPU, not XTXH as previously rumored. This means that AMD now has a fourth variant of Navi 21 GPU for its consumer Radeon series. Although, this is just a codename that could ‘theoretically’ be flashed over XT or XTXH variants.

However, there is a reason why one should not do it. The BIOS only supports 18 Gbps memory from HYNIX and Samsung. The latter appears to be the same variant as RX 6500XT memory uses (designated as HC18).