AMD has been reluctant to announce official price cuts for its Radeon RX 6000 series, but retailers leave no doubt that the official retailer prices from 2020 are a thing of a past, especially for the high-end series.

The Radeon RX 6900XT which was the fastest GPU from AMD until the RX 6950XT launched this year is now recording its lowest prices ever, dropping below 700 USD. Some cards are now 1000 USD cheaper since they were in January this year. 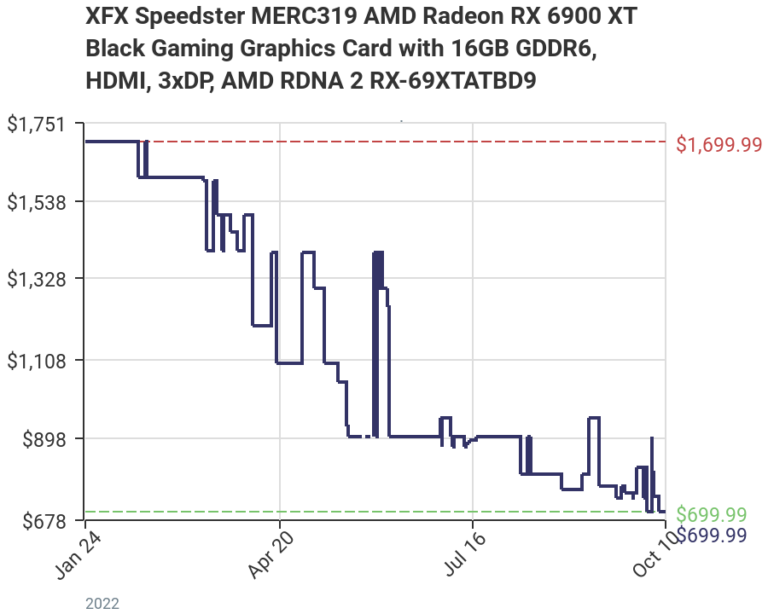 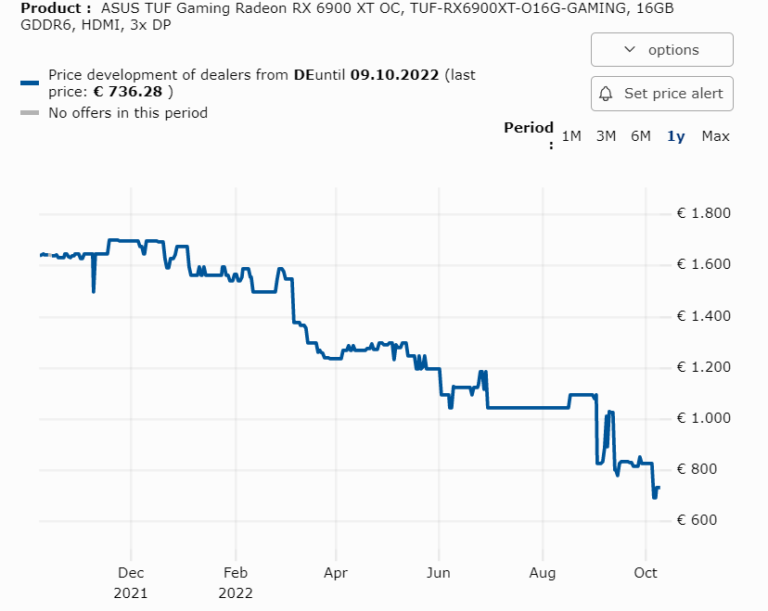 Both are full custom design with triple-fan cooling solution kept in black color scheme. Similar deals can be found on websites such as Best Buy. 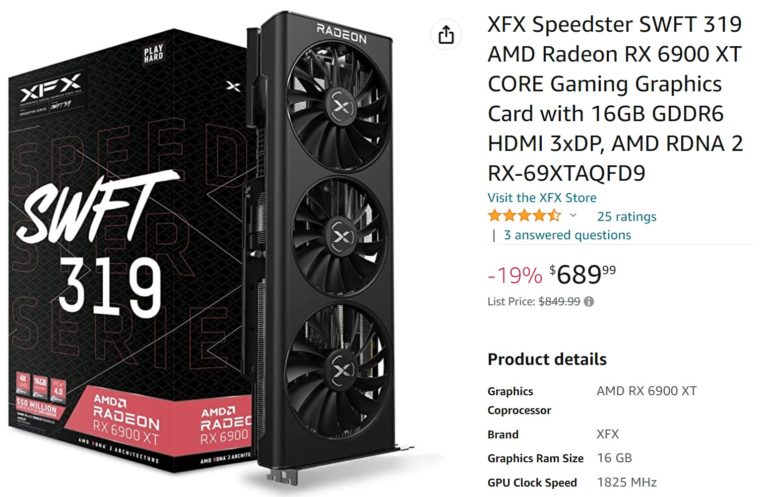 Those who look for even better deals, there is an offer at Newegg with ASRock Radeon RX 6900XT Phantom Gaming D now on sale for 669.99 USD.

In Europe, the lowest price for Radeon RX 6900XT is 736 EUR, which is around 250 EUR cheaper than it was in early September and over 1000 EUR less than it was in January.

On Wednesday, NVIDIA launches its GeForce RTX 4090 GPU, shifting the performance charts in their favor. The only thing AMD can do now is to lower the price of existing models and prepare their Radeon RX 7000 series for successful launch next month.