A YouTuber RedGamingTech has leaked more photographs of the alleged Radeon RX 6900XT graphics card. It seems that the source of the photographs is the same as JayzTwoCents’s who also shared some of these photos yesterday.

It is worth noting that the graphics card name has not been confirmed. It is only alleged that the highest-end model will be called RX 6900XT. AMD is likely to unveil multiple graphics card SKUs based on RDNA2 architecture. The flagship model should feature Navi 21 GPU (known as Big Navi), while the rest of the stack could adopt Navi 22 or Navi 23. 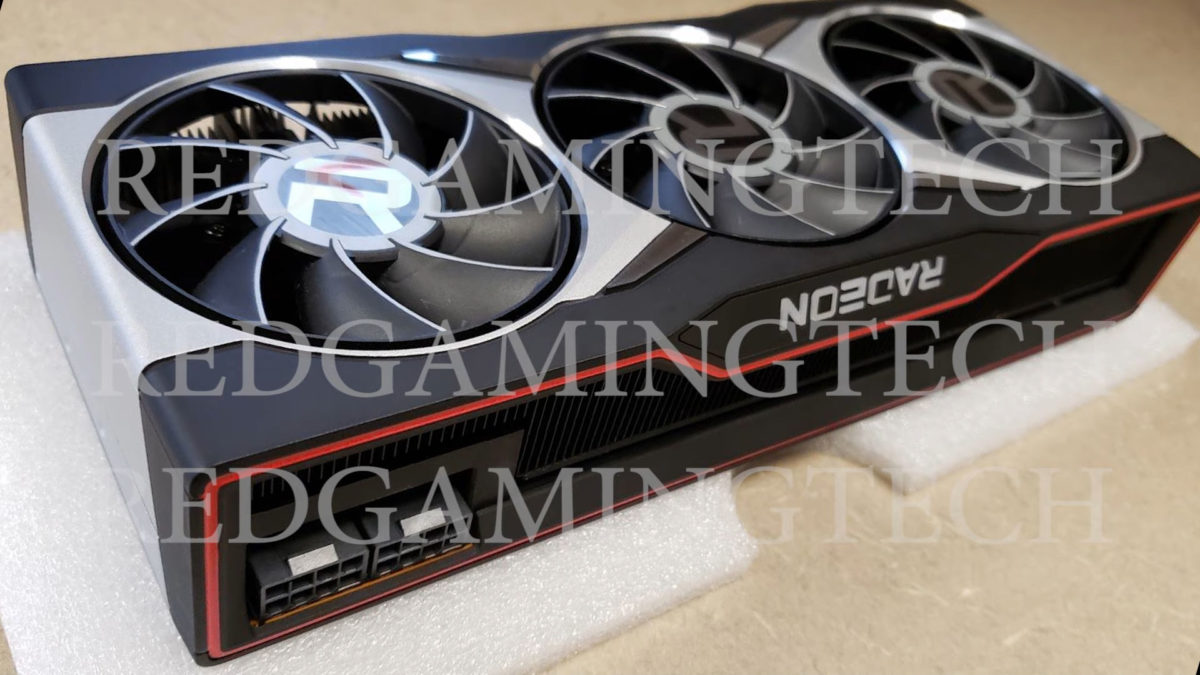 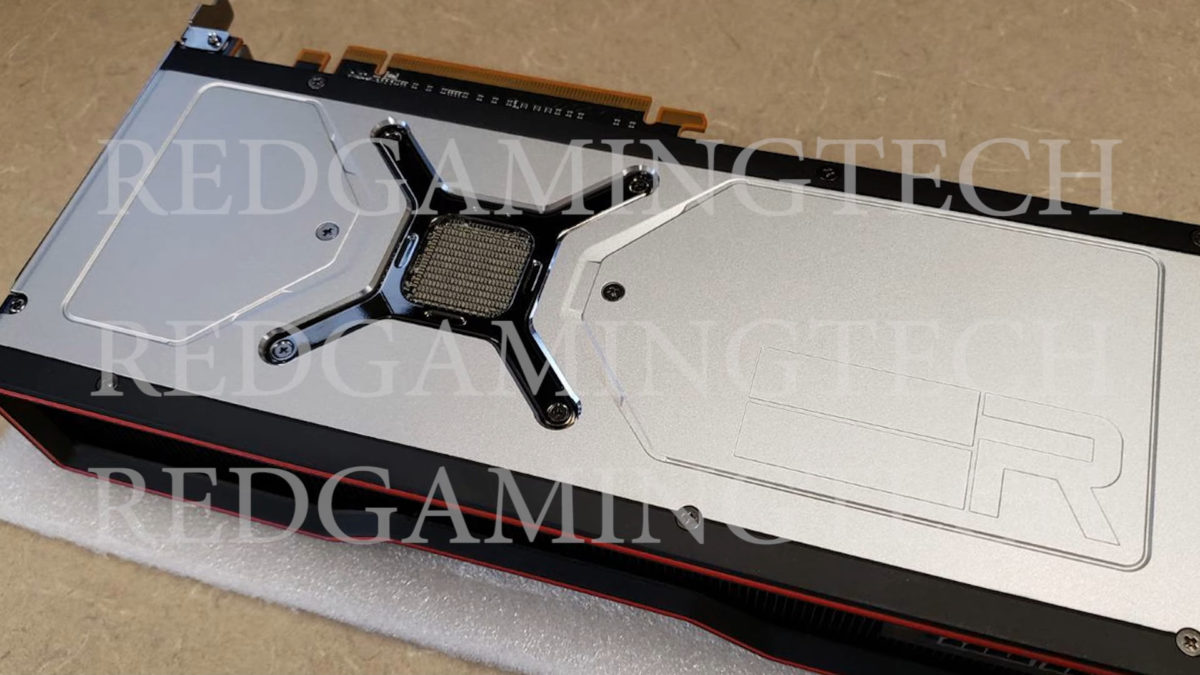 The photos are likely showing a prototype as even the I/O vents are blocked, which is very unusual for a graphics card. Although the render of the graphics card in Fortnite game also lacked the venting holes.

The model is equipped with dual 8-pin power connectors. This configuration is also seen on a dual-fan model, which was revealed by JayzTwoCents yesterday. 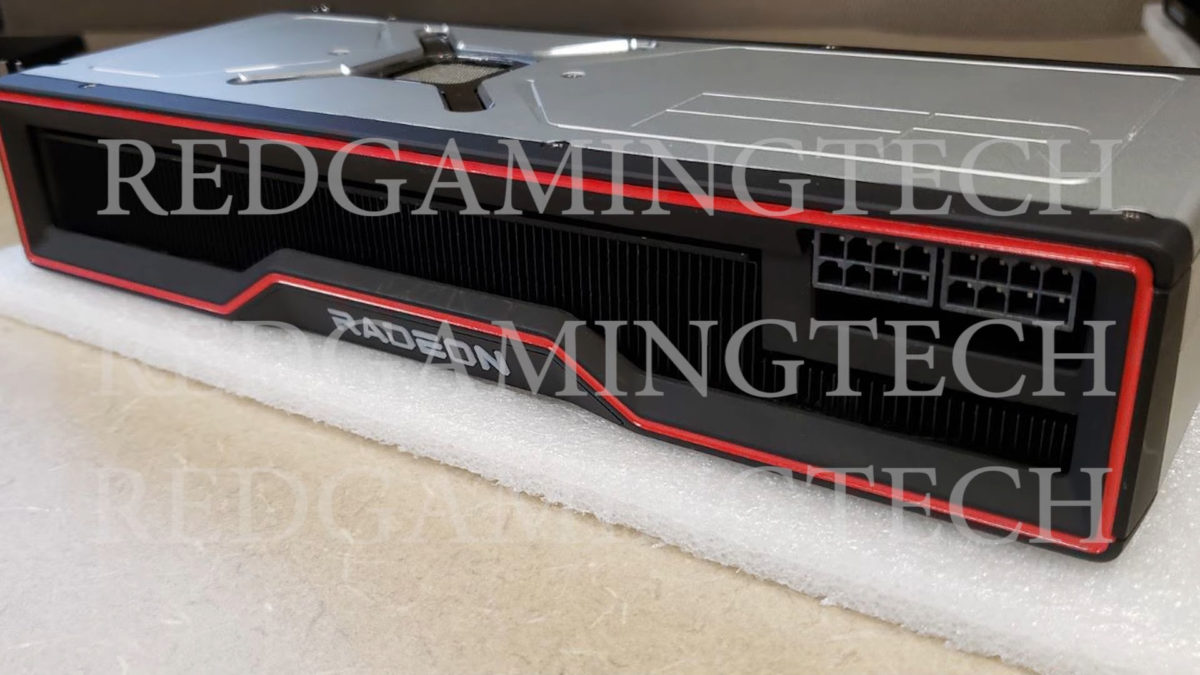 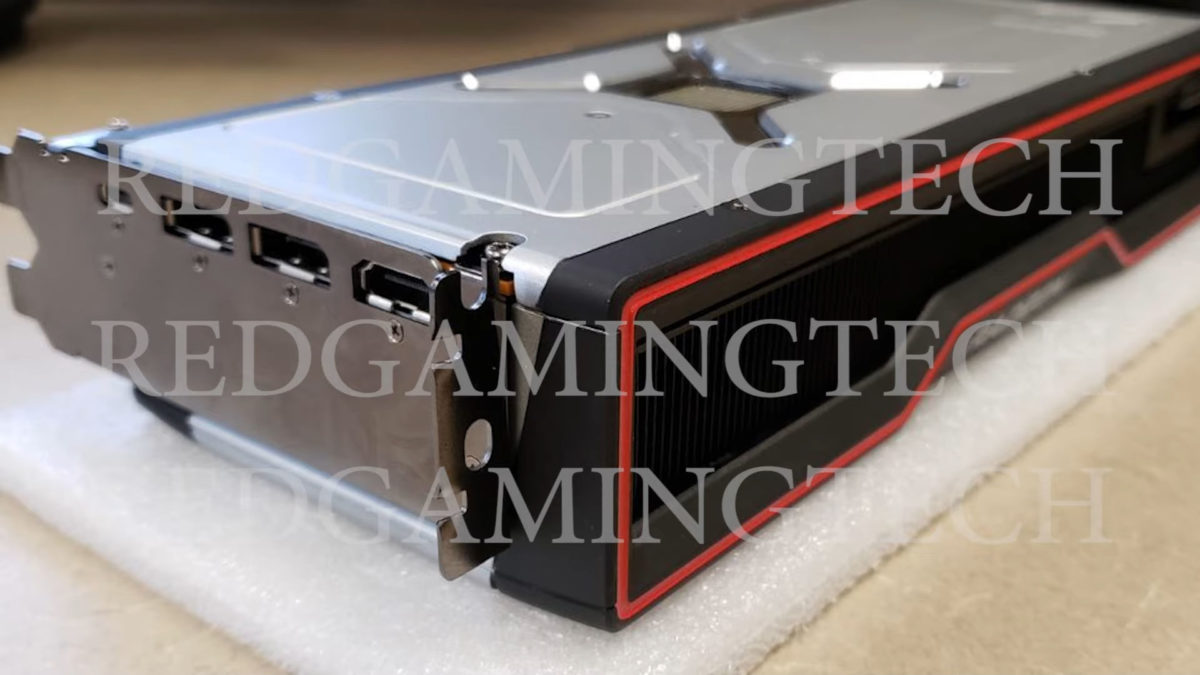 AMD’s RX 6900XT photos were sent to me so here I am sharing them with you all. The RX 6900XT is believed to be up to 80 CU and likely hitting similar clock f… 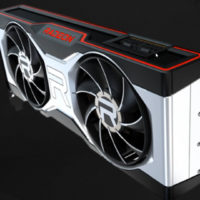 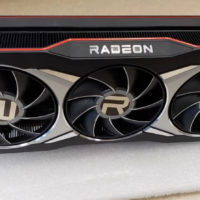 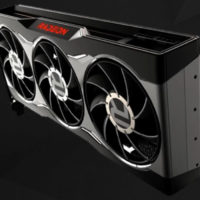 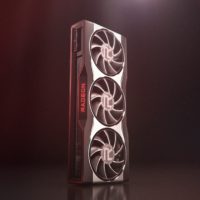