We have waited for the HWBOT website to go live again, but since this world record was broken, it has been offline. Regardless of this fact, there are still traces of this remarkable achievement from team Team OGS who were the first to overclocked their PowerColor RX 6900 XT Red Devil (or Liquid Devil) to 3.3 GHz. Such a frequency has not been achieved before with this Radeon graphics card but for a good reason.

The ‘standard’ RX 6900 XT graphics cards were all locked to 3 GHz through BIOS settings, which pose a great difficulty to overclockers. Just recently, however, AMD revealed its new Navi 21 XTXH GPU, which is a pre binned Navi 21 GPU. A few board partners have already launched their designs based on this Navi SKU. So far we have ASRock OC Formula, ASUS ROG STRIX LC TOP, Sapphire TOXIC Extreme, and PowerColor Red/Liquid Devil series, which were used to break this record.

The previous highest clock speed was achieved by der8auer, who overclocked its Liquid Devil to 3.2 GHz, although it was far from being stable. Meanwhile, the 3.3 GHz peak frequency broken by OGS was during a 3DMark Fire Strike Extreme test, which was successfully completed. Do note that tesselation was off and it is not a valid result according to UL standards, but HWBOT allows such results to be included. With a score of 37618 points (overall) and 41069 in graphics, OGS has scored first place in the ranking.

It is worth noting that Fire Strike heavily favors AMD GPUs. The question of which graphics card is the fastest according to HWBOT isn’t that clear once we include other benchmarks. 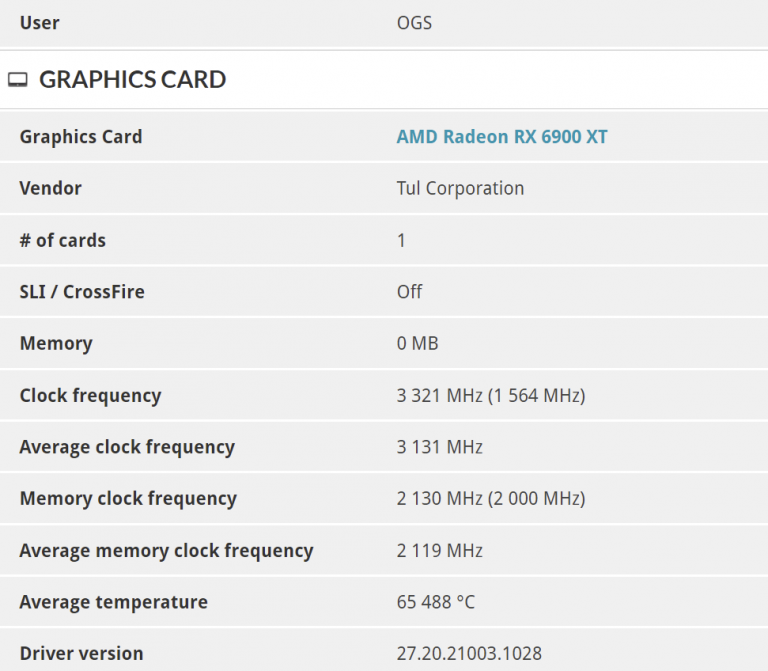 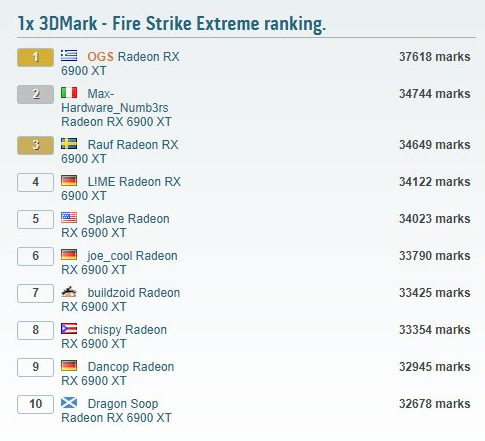 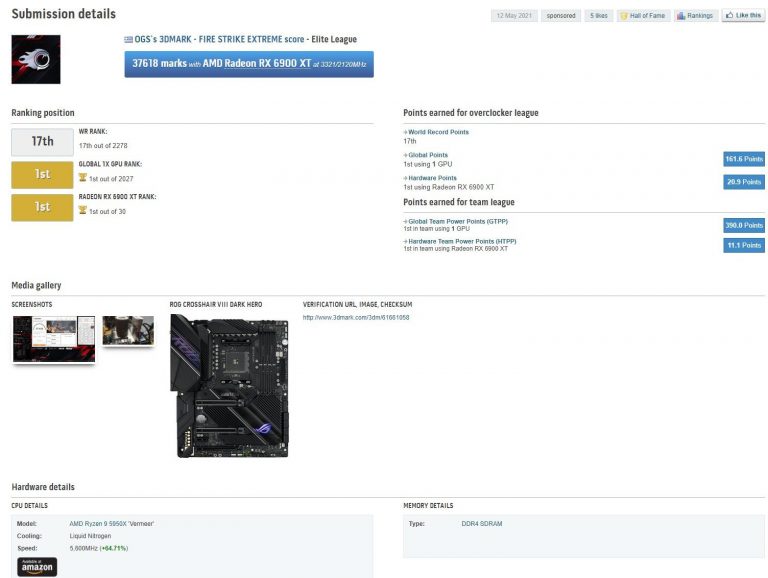