Originally launched in June this year, the RX 6900 XT LC is still the most powerful RDNA2 graphics card.

The RX 6900 Liquid Edition features the pre-binned Navi 21 XTXH GPU with higher clock speeds compared to the air-cooled RX 6900 XT. The GPU eventually ended up in custom AIB solutions, however officially the only reference design with this GPU is the LC edition.

At launch, AMD made it clear that RX 6900 XT LC will not be available to the DIY market. The card launched in a limited number exclusively for select integrators and OEMs. AMD never promised it will eventually make its way to the DIY market. However, just days after the announcement, Indian retailers began selling the card to DIY customers. Despite the clear violation of AMD guidelines, those listings are available to this day.

AMD will be making a limited number of Radeon RX 6900 XT liquid cooled reference design graphics cards available to select system integrators. System integrators are a critical part of the gaming ecosystem and offering this this model through their channels helps ensure that as many of these products as possible get into gamers hands.

It now appears that the card is available to DIY customers in Europe as well. German retailer Mindfactory has PowerColor’s model listed (product code AXRX 6900XT 16GBD6-MW2DHC) for as much as 1749 EUR. The card is in stock and shipping to customers. 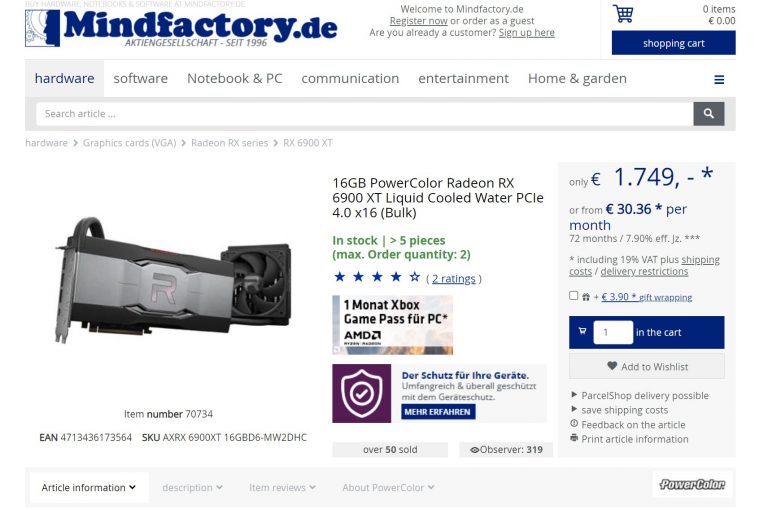 It should be noted that the currently listed price is actually the highest since the card appeared in the store. The card was briefly available for 1679 EUR for a week or so. The Geizahls price tracker indicates that the LC edition was being sold since early November. 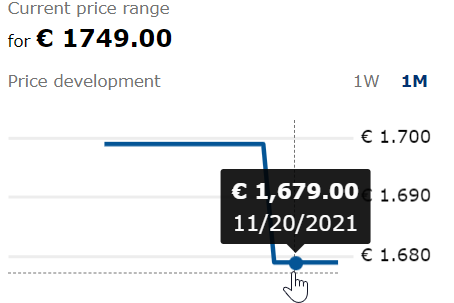 The RX 6900 XT LC features 5120 Stream Processors clocked up to 2435 MHz. Although the card features the same memory capacity as the air-cooled RX 6900 XT model, the memory speed has been increased from 16Gbps to 18Gbps.