AMD Radeon RX 6900 XT Liquid Cooled, the best Radeon is only for OEMs 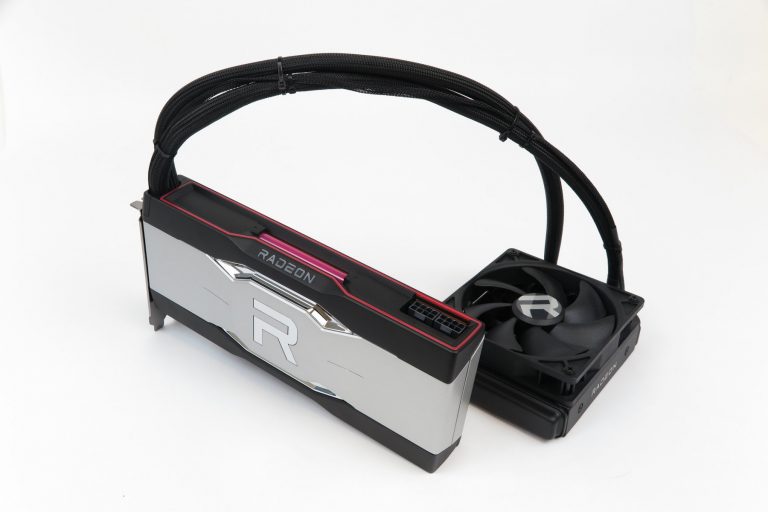 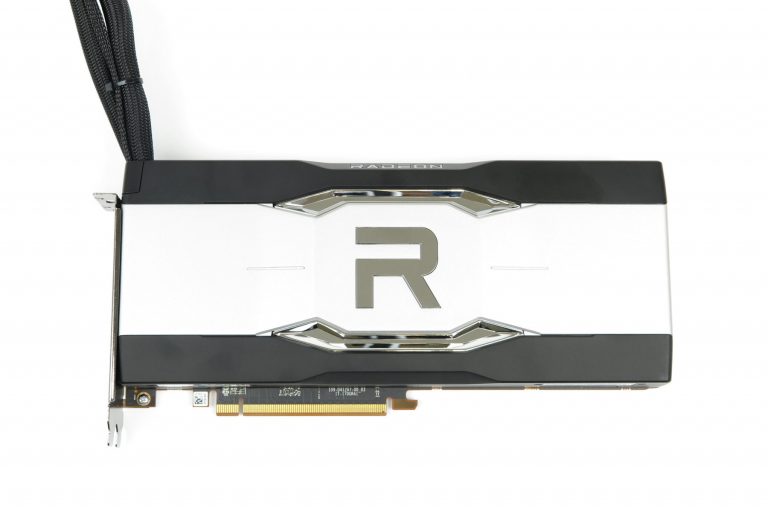 AMD has not distributed samples of RX 6900 XT LC to the press because this graphics card is only for system integrators and OEMs. This graphics card is not available through retail channels, not even AMD’s own webstore. AMD has made no commitments to launching this card for consumers, which is why PCGH decided to buy a whole system equipped with the graphics card, with the sole purpose of testing the graphics card and adding it to their own GPU performance index.

The graphics card was purchased with a system designed by Dubaro. The specifications of this system are not important because the GPU was attached to PCGH’s own test system, however, it does show what kind of commitment is required to actually own this graphics card. According to the author, AMD refused to comment on why is the RX 6900 XT LC restricted to OEMs.

AMD RX 6900 XT LC is the fastest RDNA2 GPU on the market. As opposed to all RX 6000 desktop GPUs, this model offers liquid cooling, which allowed AMD to adjust the GPU clocks and power limits further on this Navi 21 model. Detailed specs have been confirmed through GPU-Z, which confirms that the card has 2250/2435 MHz clocks (game and boost respectively). It should also be noted that RX 6900 XT LC is the only Radeon RX 6000 GPU to offer 18.5 Gbps memory, which increases the bandwidth to 591.1 GB/s.

Furthermore, the graphics card also comes with increased TDP to 350W with further adjustment up to 15% (so up to 400W). The bootup message confirms the full name of the GPU, which is “Navi 21 Gaming XTXH LC”.

Performance-wise, the RX 6900 XT LC trades places with GeForce RTX 3080 Ti, depending on whether rasterization or ray tracing is considered in games. As concluded by the reviewer, it is by far the fastest AMD desktop GPU currently on offer. 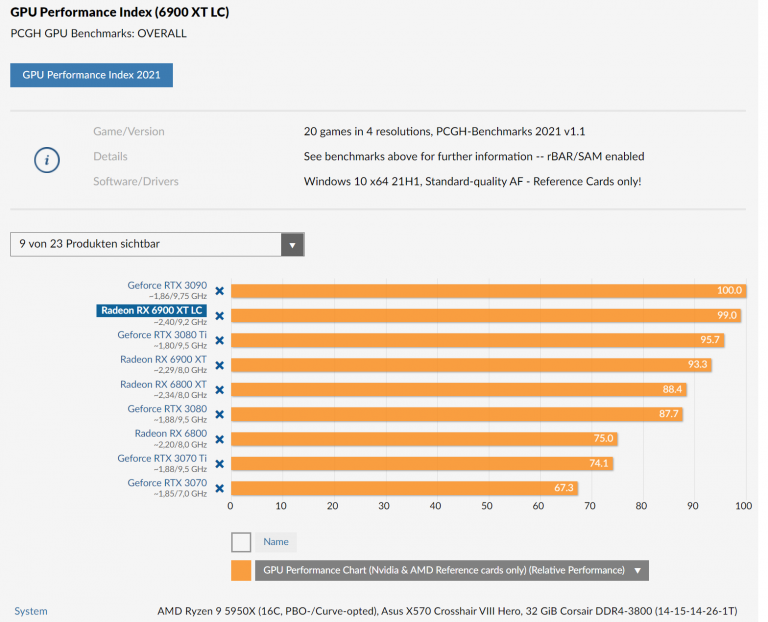 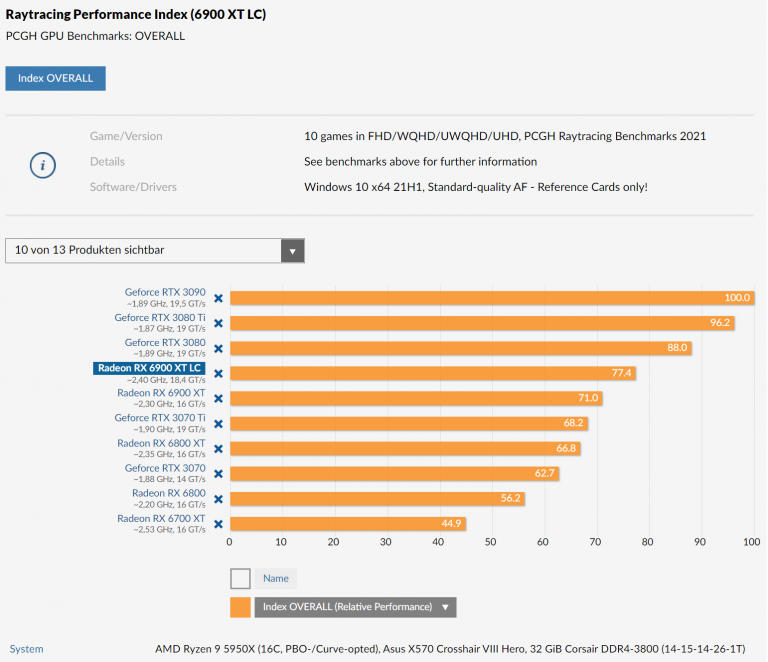 When talking about powerful GPUs, obviously the important topics are also power consumption, temperature, and noise. The card features an all-in-one cooling solution designed by Asetek, which dissipates heat quite efficiently. According to the PCGH test, the temperature increases to 80C under load (90C hotspot), which is a good temperature considering 284 watts are consumed by the GPU alone. The sensor data from HWINFO reveals that the coolant temperature never exceeds 60C.

In terms of noise, the RX 6900 XT LC produces less noise than the air-cooled variant (1.5 sones vs 1.9 sones) during gaming. However, unlike most air-cooled models, the liquid cooling solution never stops and the card is still audible when the system is idle or displaying video content.  This is not the case with air-cooled RX 6000 cards as well as with NVIDIA RTX 3090-3070 models, all equipped with fan-stop technology under a certain temperature. The power consumption has increased even when the card is idle (13.5W compare to 8W on RX 6900XT). This is mainly due to the graphics cards requiring more power for the cooling pump. In gaming, the graphic card consumes 50W as expected due to increased typical board power.

Please check the link for a full review with further details on this model.