Officially, the just-released Radeon RX 6900 XT LC (Liquid Cooled) is not available through the DIY market. This graphics card is currently exclusive to system integrators, which means it can’t be obtained without a whole system.

First, let’s remind ourselves what had AMD said to the media. The first statement was provided to Tom’s Hardware:

AMD will be making a limited number of Radeon RX 6900 XT liquid cooled reference design graphics cards available to select system integrators. System integrators are a critical part of the gaming ecosystem and offering this this model through their channels helps ensure that as many of these products as possible get into gamers hands.

There is also an AMD statement for HardwareLuxx:

Both statements confirm that RX 6900 XT LC is a limited edition model and that the SKU is exclusive to system integrators. In other words, this model is simply impossible to be bought without the system unless someone is selling the card separately on a second-hand market or a system integrator is actually selling the card without the system, but without AMD’s approval.

As reported by XtremeGamingNerd, there are in fact as many as three Indian retailers currently selling the RX 6900 XT LC without a system: 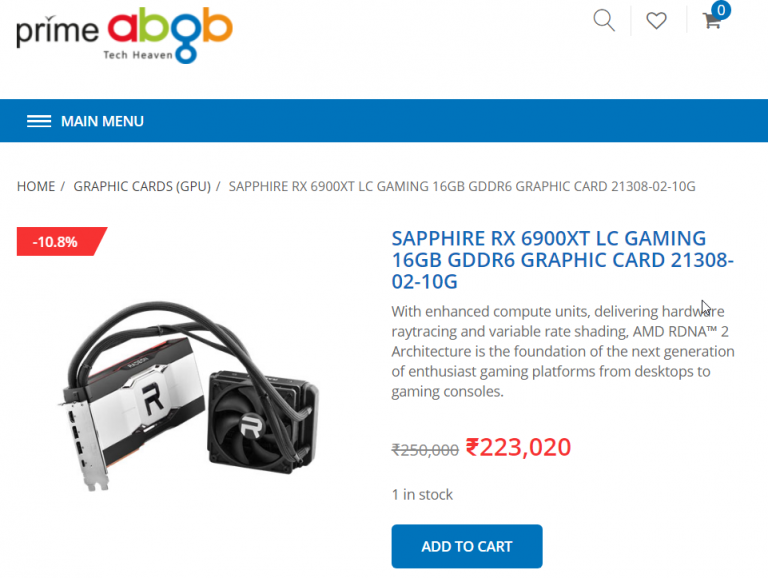 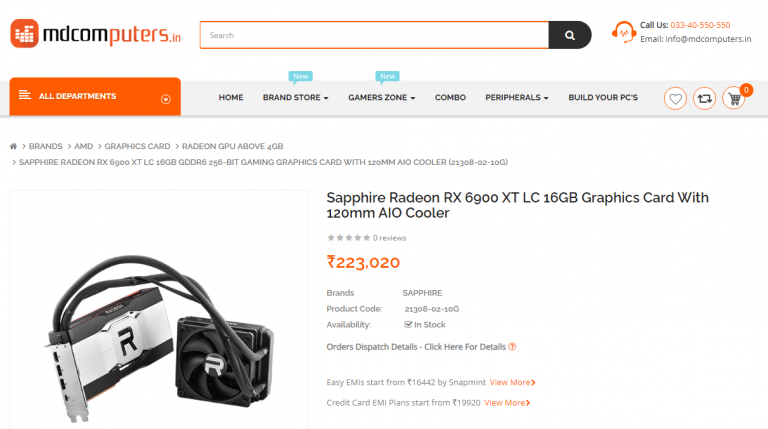 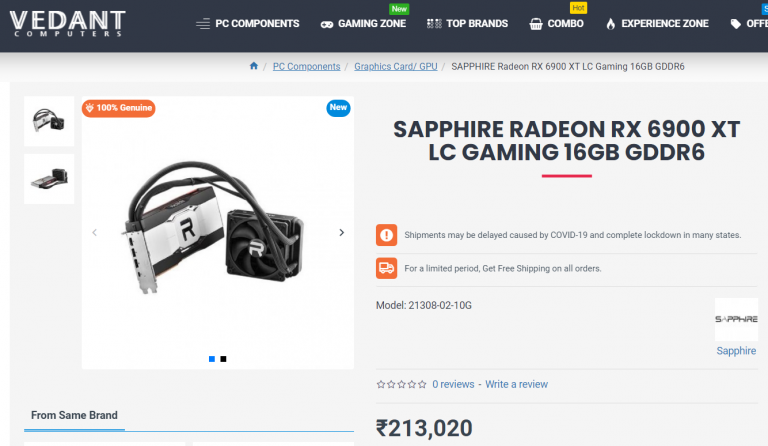 All three stores appear to list the same price of 223,020 rupees (3,007 USD). The same price and similar physical store addresses may suggest that these cards are sold by the same retailer/distributor operating through different domains. This does not, however, explain why these listings exist in the first place. AMD has never said that system integrators’ exclusivity applies only to certain regions.

AMD Radeon RX 6900 XT LC is a flagship graphics card from the RDNA2 series. This model features Navi 21 XTXH GPU with a 2435 MHz boot clock. This is also the first RDNA2 model to ship with an 18 Gbps memory clock. This is also the first RX6000M model to ship with 330W TBP, a 30W more than air-cooled version. This power boost requires a more efficient cooling solution such as a liquid loop with an external 120nm radiator.

Since AMD never launched this card through the DIY channel, there is no official SRP (suggested retail price) that could be compared to the air-cooled RX 6900 XT model. But even if this card did cost 1500 USD, the listings above would still be twice as high.