According to the screenshot posted by Patrick Schur on Twitter, the upcoming Big Navi flagship – the Radeon RX 6900 XT – has a higher clock limit than both the RX 6800 XT and RX 6800 graphics cards.

AMD Radeon RX 6800 XT, the 72 Compute Unit variant of the Navi 21 GPU, which debuted last week with customizations from AMD board partners, has a maximum allowed GFX Clock (graphics processor frequency) set to 2.8 GHz. This limit appears to be enforced by AMD and no matter the modification, board partners, reviewers and extreme overclockers have so far been unable to go higher.

This limit is clearly AMD’s attempt to prevent a cheaper model from reaching a better performance than a much more expensive Radeon RX 6900 XT. If both SKUs were to offer the same limits, chances are that once overclocked the cut-down variant could easily reach RX 6900XT performance territory. After all, both cards have identical TGP (300W) and reference clock speeds.

AMD Radeon RX 6900, which has 80 Compute Units enabled appears to have a higher frequency limit than the cut-down variants. With a maximum clock speed of 3.0 GHz, the graphics card will be an amazing overclocker, especially if AMD officially confirms that AIBs can unveil their custom designs based on this SKU: 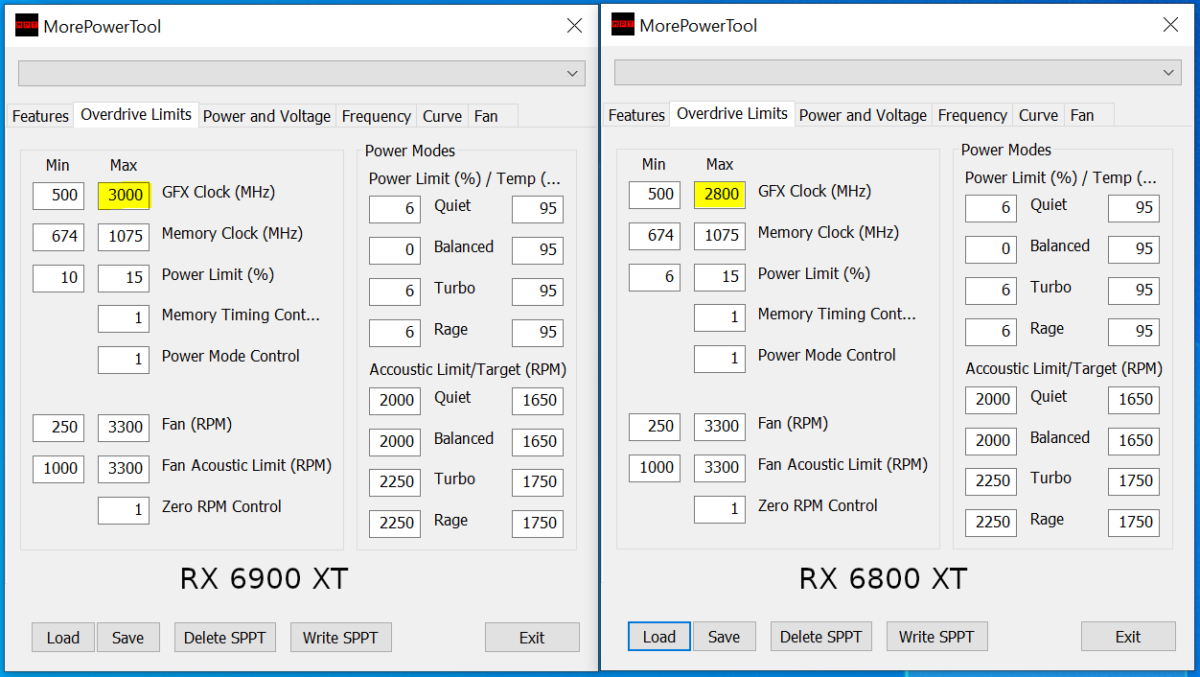 Roman “der8auer” Hartung yesterday published a video where he was trying to overcome this limit on the RX 6800 XT Red Devil from PowerColor. Unfortunately, despite many attempts this limit appears to be impossible to overcome without the necessary tools:

With 5120 Stream Processors, the RX 6900XT is set to compete with NVIDIA’s GeForce RTX 3090 model, which costs 1,499 USD. With both cards being available, there should be many overclocking world records being broken on both SKUs. Unfortunately, GPU manufacturers have trouble keeping up with the demand for high-end graphics cards, so the launch price of 6900XT may only be for the chosen few who will be able to find the cards in stock, at least for the next few weeks.