TweakTown covered a topic of the multi-GPU configuration of the AMD’s fastest (at least for one more day) Radeon RX graphics card.

The Crossfire and SLI technologies might be dead, but the multi-GPU support certainly has not been abandoned. Back in 2015, the news broke that DirectX 12 will allow multi-GPU Explicit Multi-Adapter support, a technology that would allow the mixing of the graphics card from different vendors to work in tandem. This technology required support from the game developers and 5 years later no one is using it.

Soon after that both NVIDIA and AMD have begun killing its multi-GPU technologies, which only generated driver issues and development costs for manufacturers. The current generation of NVIDIA RTX 30 graphics cards only has one model with NVLink fingers, the RTX 3090. This graphics card is so expensive (1,499 USD), that barely anyone had the chance to test it. On the other hand, we have just released Radeon RX 6800 series, which are much cheaper than the flagship Ampere card. Two RX 6800XTs would cost 1300 USD, although this card is nowhere to be found in stock and if they are, they are certainly not sold at this price.

TweakTown tested two Radeon RX 6800 XT graphics cards (one reference and one custom from XFX) in four games and at three resolutions. Those games are heavily based on AMD technologies, so the support for multi-GPU is obviously there. The mGPU support must be enabled through the Radeon Software and it will be visible in TechPowerUP GPU-Z software: 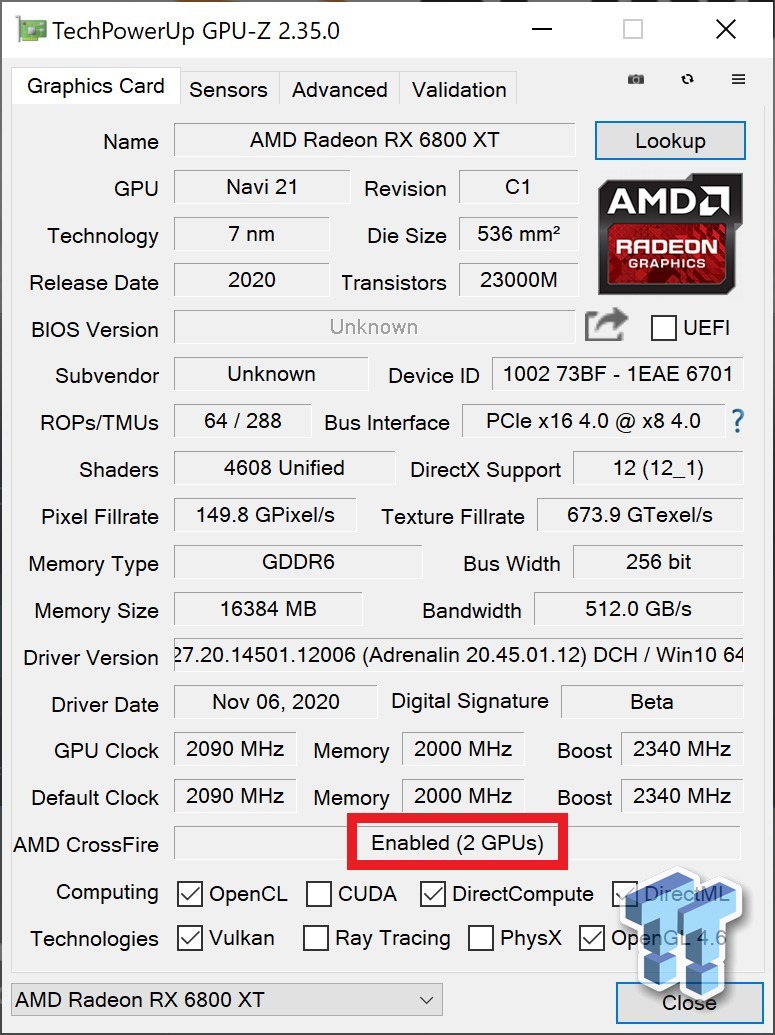 As expected, the mGPU support makes more sense as the resolution increases (4K is heavily GPU bound). Depending on the game settings we are looking at a 101% to 156% performance scaling at 1080p resolution when two RX 6800 XT cards are used. At 1440p Deus Ex the performance even drops to 95% when mGPU is enabled. Overall it appears that Strange Brigade and Sniper Elite 4 are well optimized for mGPU settings:

The worst-case and the best case for the mGPU support in the TweakTown review: 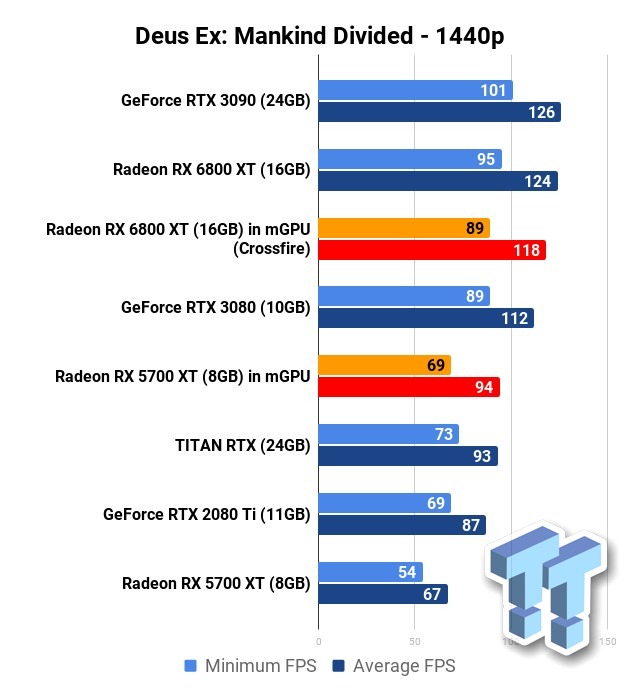 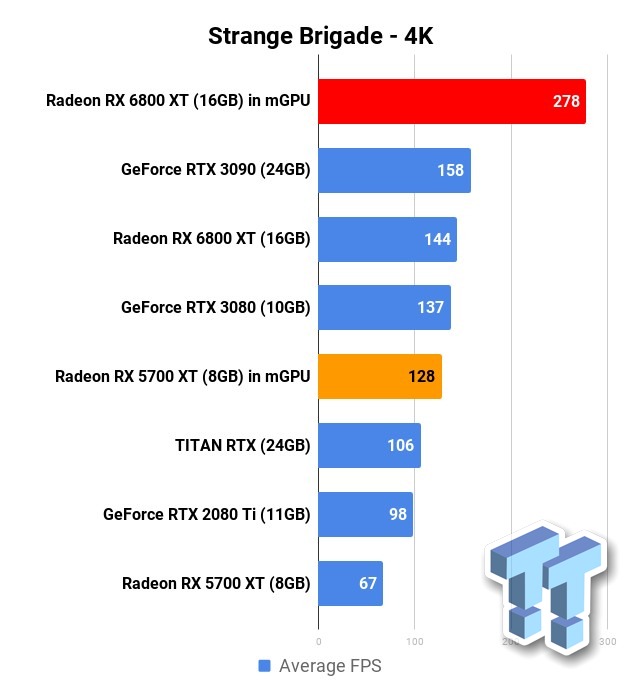 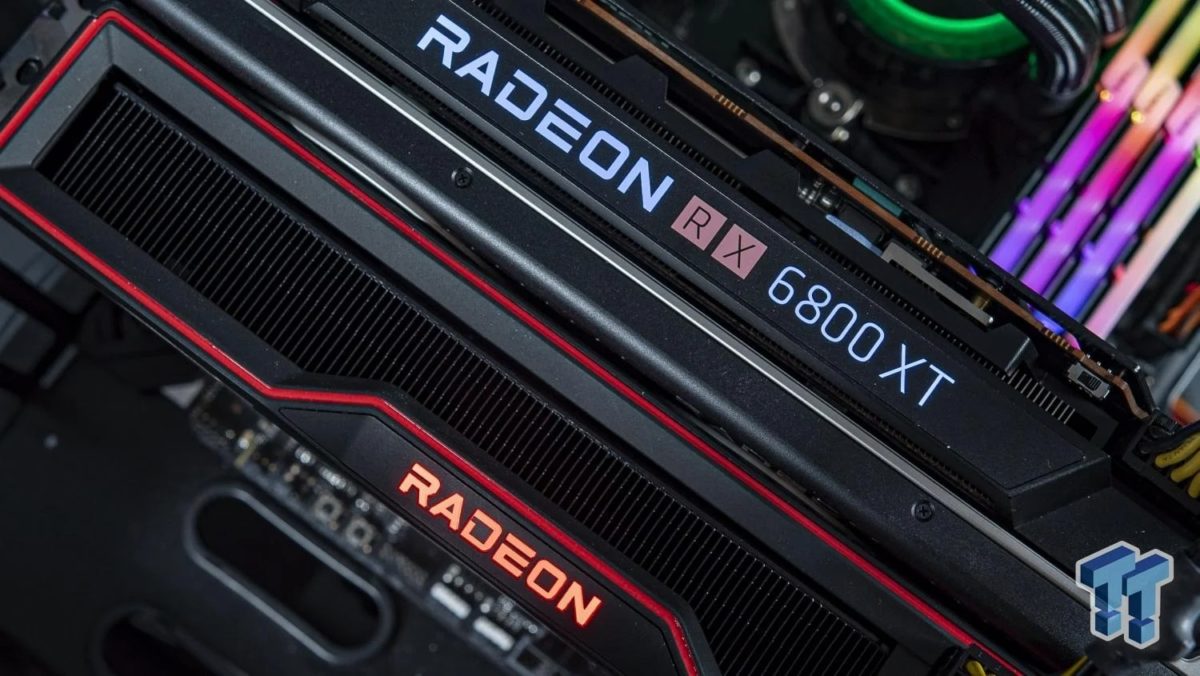