Recently we saw that the Radeon RX 6800 XT Red Devil was easily overclockable to 2.65 GHz on air and out of the box. This is the upcoming custom model of the Big Navi that will debut on November 25th. A few days earlier a new world record was set by Lucky_n00b who managed to overclock the graphics card to the same frequency on a reference model. This combined with an LN2 (liquid nitrogen) cooling on the CPU scored the world record in the HWBot competition.

However, a new world record has just been set by Chinese overclocker Takakou from TecLab. He managed to overclock his reference AMD Radeon RX 6800 XT graphics card to 2.8 GHz using liquid nitrogen on both the GPU and CPU (Ryzen 9 5950X overclocked to 5.6 GHz).

With such a setup, Takakou was able to score 48,890 points in 3DMark Fire Strike overall score and 61,831 points in Graphics. This is 958 points higher than Lucky_n00b’s score, which was already the highest in the HWBot Fire Strike competition. Takakou did not confirm whether his graphics card was modified in any way.

Of course, this is just a beginning for the extreme overclocking scene to reach higher and higher scores with Big Navi. In fact, the competition is about to get even more intense as custom models are officially introduced in a few days. Moreover, it is only 2 weeks till we see Radeon RX 6900 XT with all Compute Unite unclocked on the Navi 21 silicon, and that SKU should perform even better than RX 6800 XT. 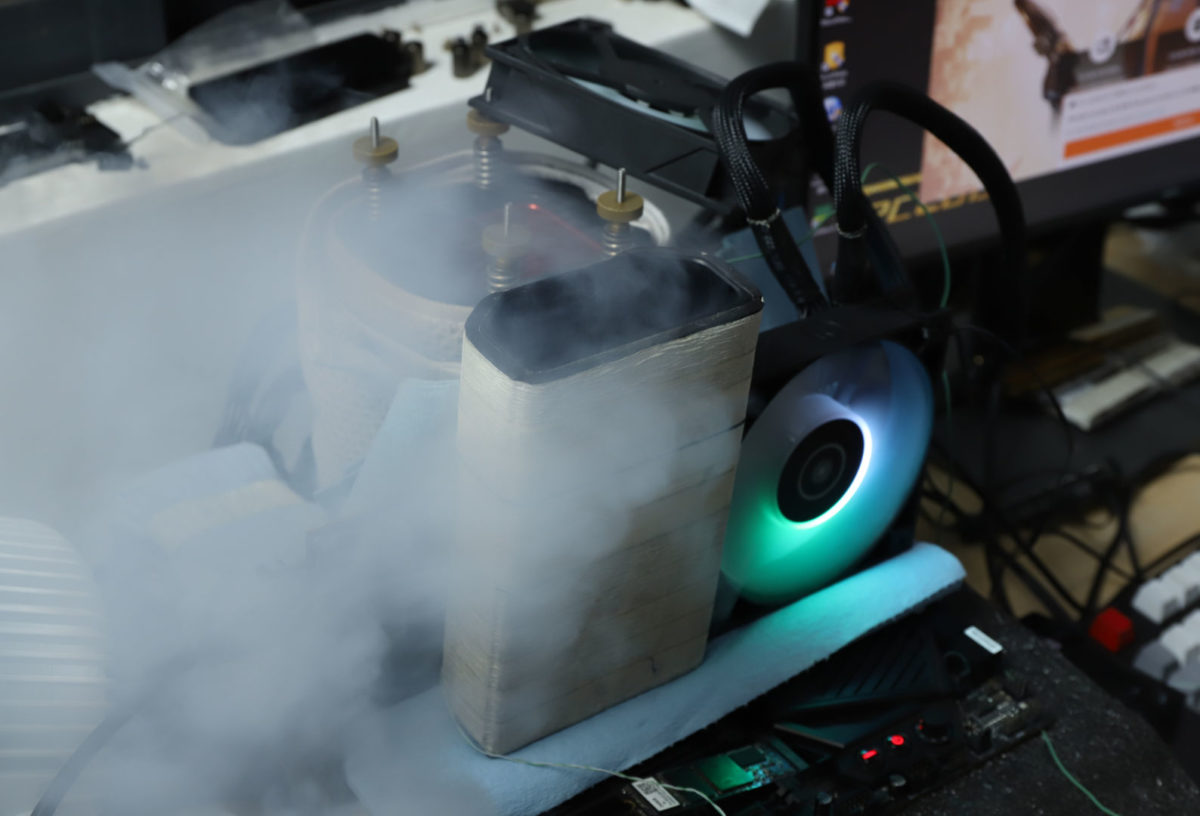 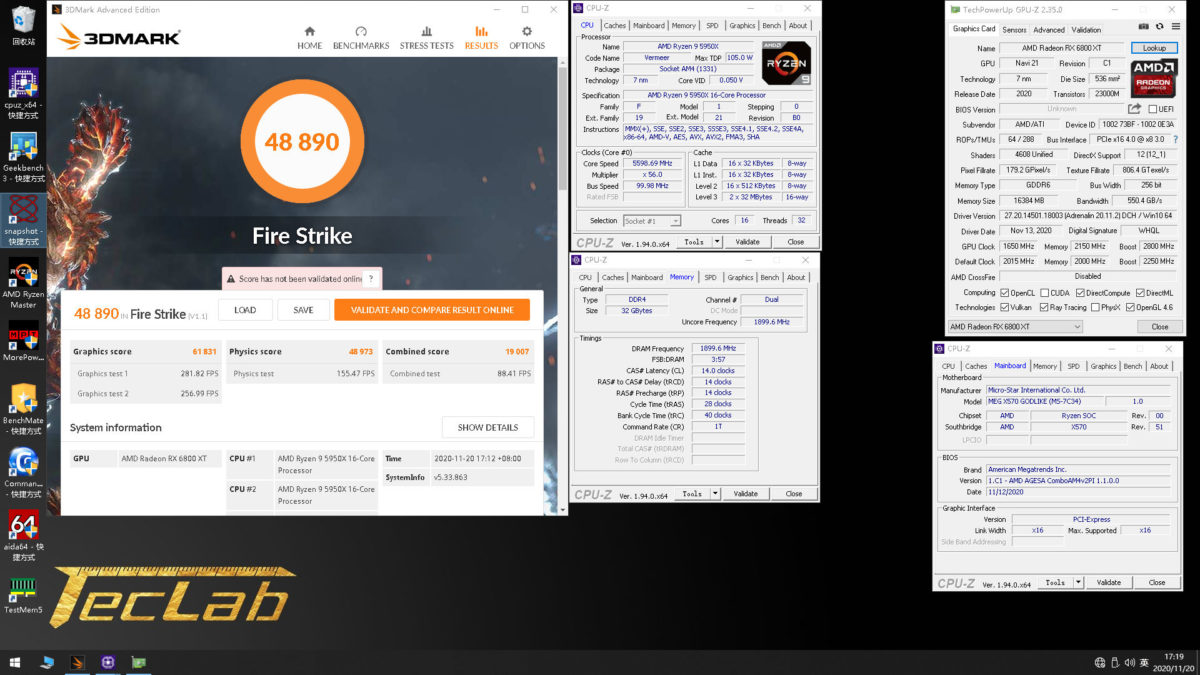 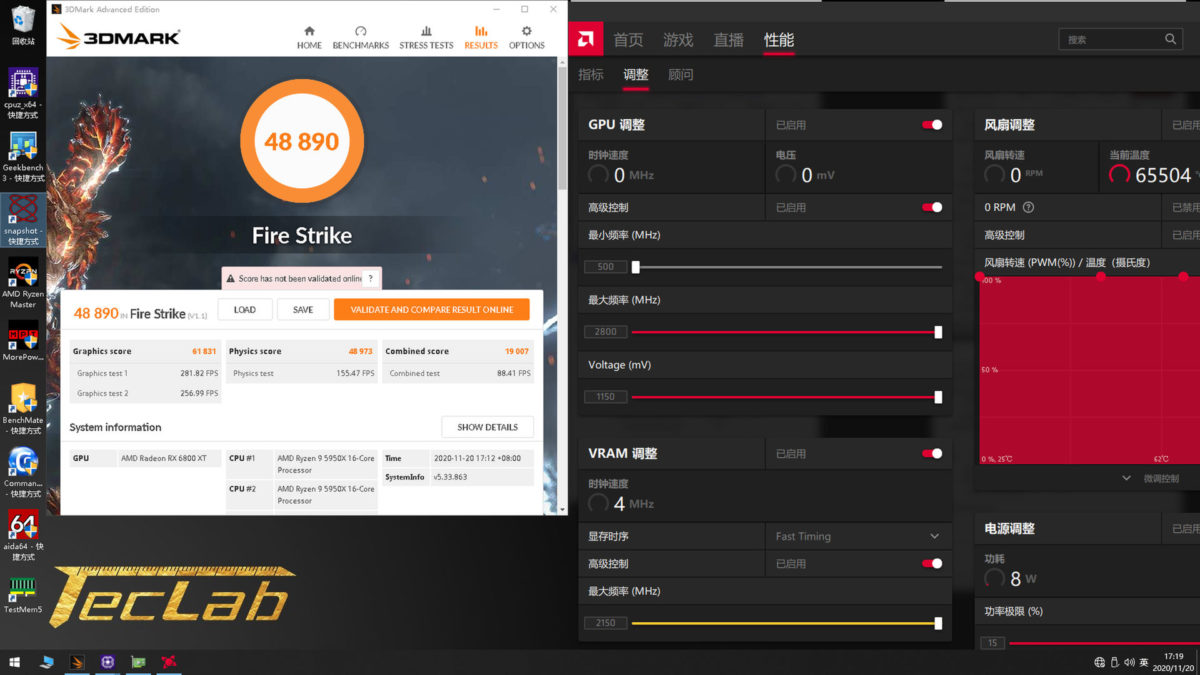