At Geekbench the alleged benchmark result of the upcoming Radeon RX 6800 series have been spotted by APISAK. These are, unfortunately, the Geekbench 4.4 results (the software’s 5.1.2 version is already available).

It appears that the same user has tested multiple GPUs using the same system, meaning we have a point of reference for better comparison. The testing was concluded using a system featuring Intel Comet Lake CPU (Core i9-10900K) on the ROG Maximus XII Extreme (Z490) motherboard paired with 16GB DDR4 memory clocked at 3600 MHz.

Five scores were saved by the Geekbench database, three of RX 6800XT, and two of RX 6800. There is a 3% to 5% difference in scores between the results, unfortunately, the software does not explain if the variance is caused by overclocking or because it is simply that unstable. The software reports a 1.81 GHz clock for the RX 6800 and 2.02 GHz frequency for RX 6800 XT (both are official game clocks).

It appears that Big Navi has much better performance in Sparse Fast Fourier Transform calculations (180% to 220%) while being noticeably slower than NVIDIA Ampere in histogram equalization (58% to 76% of RTX 3070).

Do note that the “Radeon RX6800 XT #4” result, which was added later, was performed with a different system (Ryzen 9 5950X), while other results were performed using the same Intel i9-10900K platform. 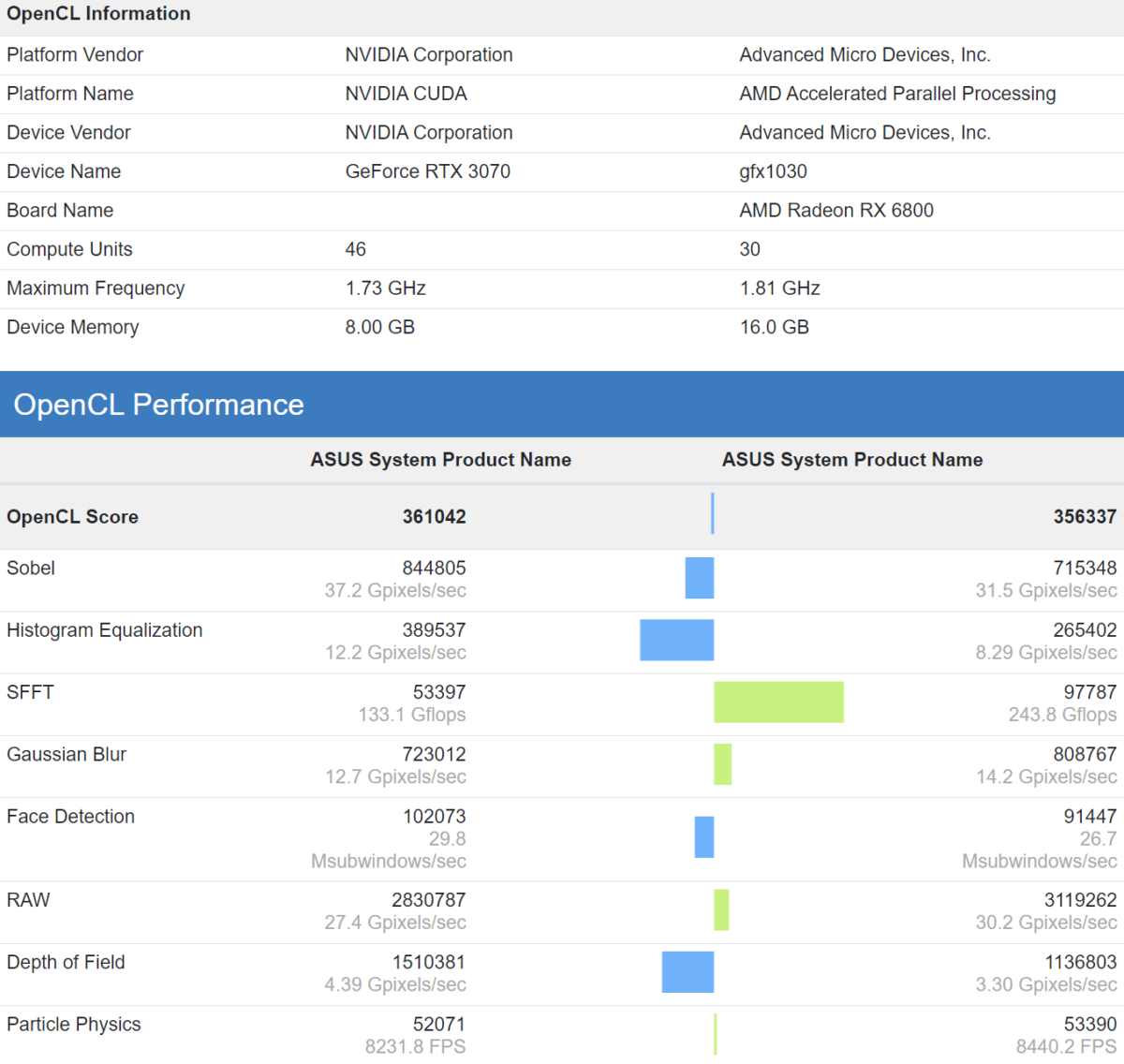 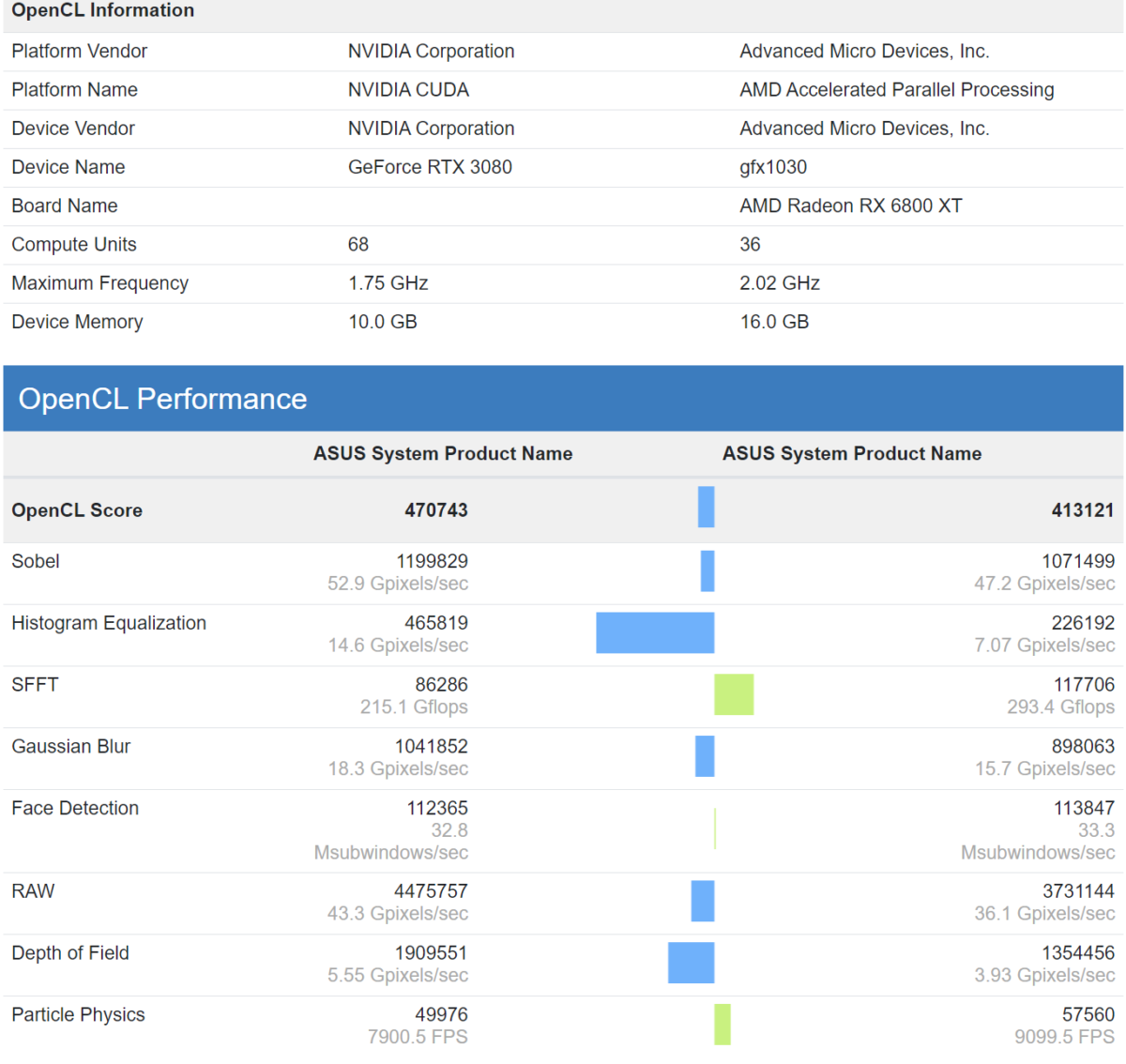 Update: a new result has been spotted by APISAK, this time utilizing AMD Ryzen 9 5950X processors. It is better than the scores reached on Intel systems: 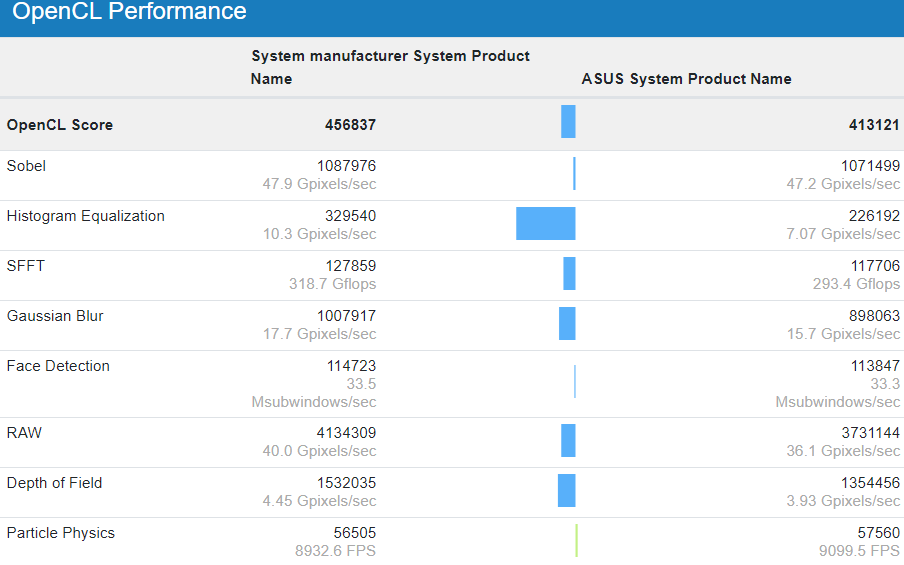