We have been regularly looking at Proshop (European retailer) updates on the GeForce RTX 30 availability. There are still outstanding orders that were not fulfilled two months after the release of GeForce RTX 3080. At launch, both RTX 3090 and RTX 3080 have seen very limited availability, but the RTX 3070 cards were in the hundreds before the sales even began. Clearly, even that was not enough.

AMD representatives bragged that the Radeon RX 6000 would not be a paper launch. Some cards were sold, so technically they were available, but only for the chosen ones. AMD Red Team Plus members were given a preorder link before the embargo was even lifted. Reviewers and influencers had no issues obtaining the samples for the review, in fact, those were shipped weeks in advance, so it all looked great, till the actual launch happened.

The number of Radeon RX 6800 reference shipped to retailers was not great, but it wasn’t bad either. One thing was clear, it was certainly a lower number of cards at launch than the NVIDIA RTX 30 series. A week later, everyone expected custom cards to be available in greater numbers, but unfortunately, that was not the case.

It appears that more cards were shipped to reviewers than to actual customers. Users reported that not a single store in their country would even receive a custom card at launch. To make things worse, they were unable to confirm when would such shipments even begin.

According to Proshop as many as 9 custom cards are on the way to the retailer. So far only 125 cards were ordered and sold to customers, all of the reference design: 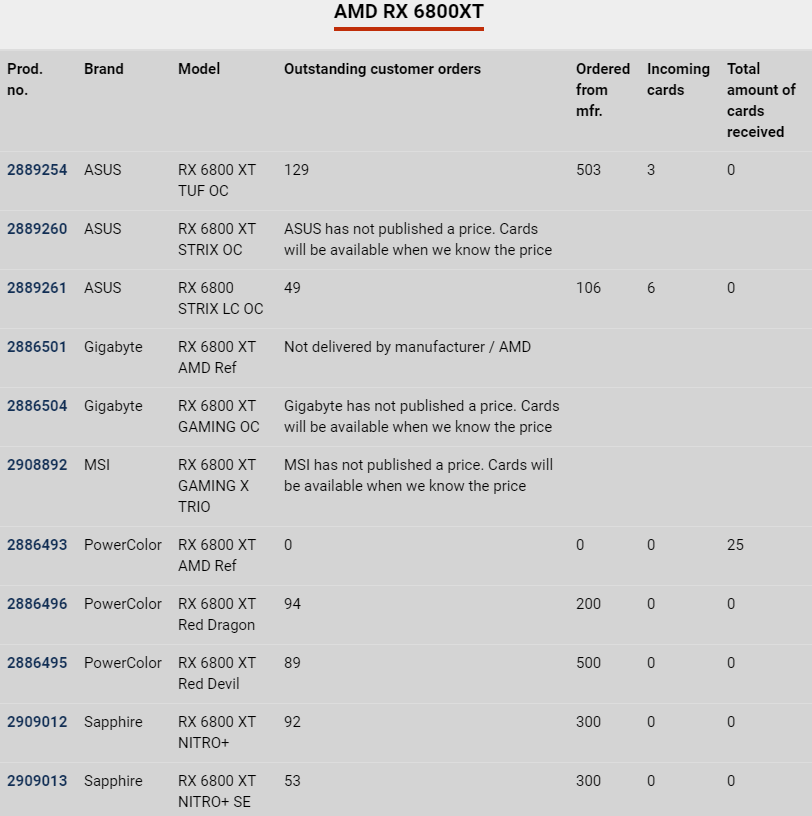 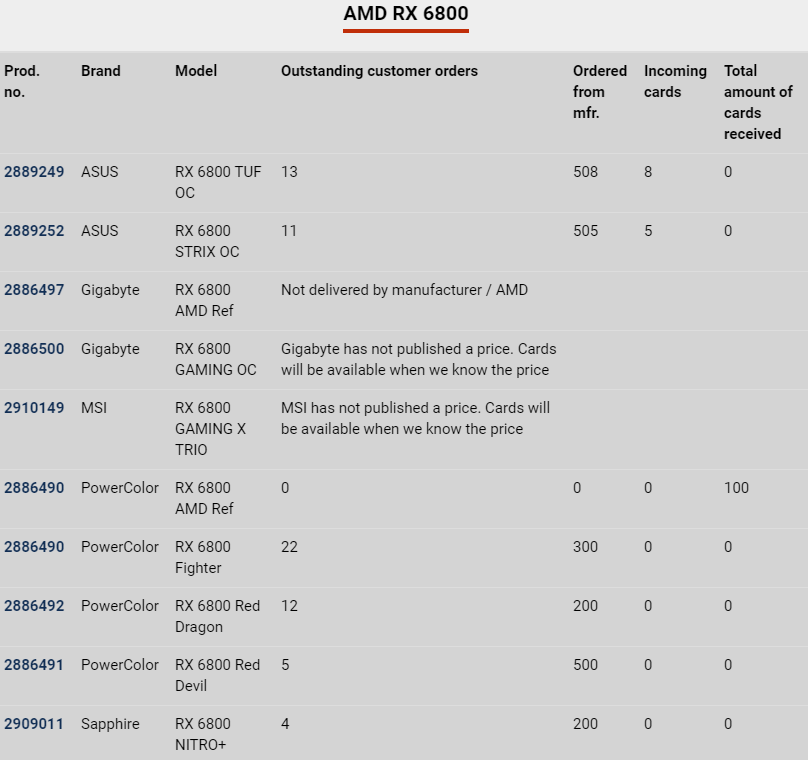 At this moment, many retailers do not even list the cards, to avoid unnecessary traffic and never-ending questions from potential customers. Britain’s biggest retailers are currently not taking any preorders. No information on the next shipments is available:

Overclockers UK did not take preorders for custom models as none have arrived this week. This retailer has usually one of the largest stock at any GPU launch:

Australian MWAVE does not expect custom Radeon RX 6800 cards to be available before mid-December. Interestingly, reference cards are allegedly not going to be restocked, but this may only refer to Australia:

reference cards are a once off release (according to AMD) and won't be restocked. AIB/Partner cards will arrive probably mid-end DEC.

Not a single Radeon RX 6800 card is currently in stock at Newegg. This retailer usually has the closest pricing to NVIDIA/AMD MSRP: 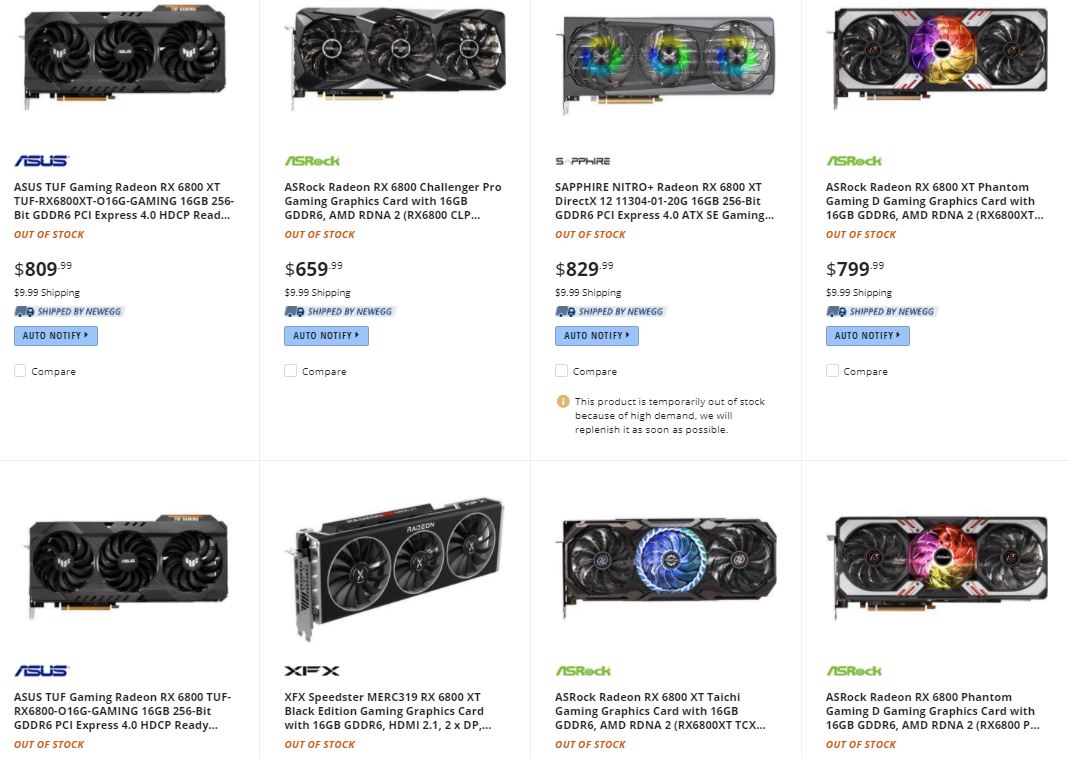 Canadian MemoryExpress is currently not taking any preorders. The retailer has no further information on future stock: 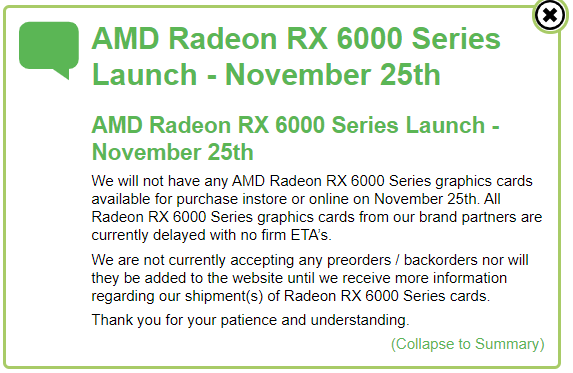 Custom cards are not cheap

Possibly the most underwhelming part of this launch is how far AMD suggested retail price is off from the actual retail pricing. Custom cards are seeing an increase from 81 to even 251 USD. It is rumored that margins on the new Radeon RX 6000 series are really low, hence only now we are seeing the true cost of Big Navi. Hopefully, the prices will be toned down a little as more shipments arrive: