A screenshot of the CapFrameX capture and analysis tool has been leaked by… CapFrameX.

According to the screenshot posted by CapFrameX on Twitter, the upcoming cut-down Navi 21 XL graphics card will overclock to an average of 2532 MHz. The sensor statistics visible in the screenshot reveal that the GPU clock has been oscillating between 2462 MHz to 2553 MHz. The graphics card has a reference boost clock of 2105 MHz.

The screenshot also confirms that the Radeon RX 6800 in this particular test has an average power draw of 208W, with a peak at 269W. An average temperature of 60C has been recorded, but it reaches 63C probably at the end of the very short test (appears to be 60 seconds).

It is unclear what data is shown in the leak and who is the author, but one would guess that the data is from the GPU reviewers who are already testing the graphics cards based on Navi 21 GPU.

AMD Radeon RX 6800 non-XT features 3840 Stream Processors and 16GB of GDDR6 memory. This is the cheapest Navi 21 graphics card announced by AMD that will launch on November 18th at the price of 579 USD. 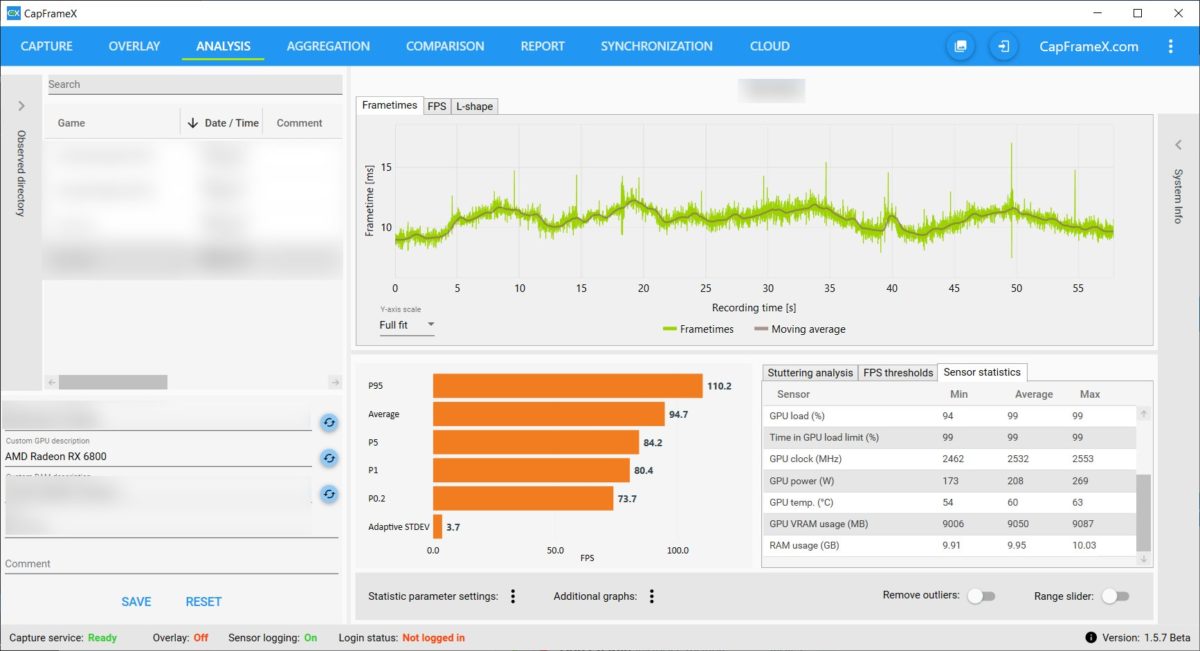 Earlier this week a GPU-Z screenshot was leaked by Wccftech, showing the same SKU (6800 non-XT) with a clock speed up to 2271 MHz. Unlike CapFrameX’s data, the sample in this example has reached a GPU temperature of 74C at some point during the test: 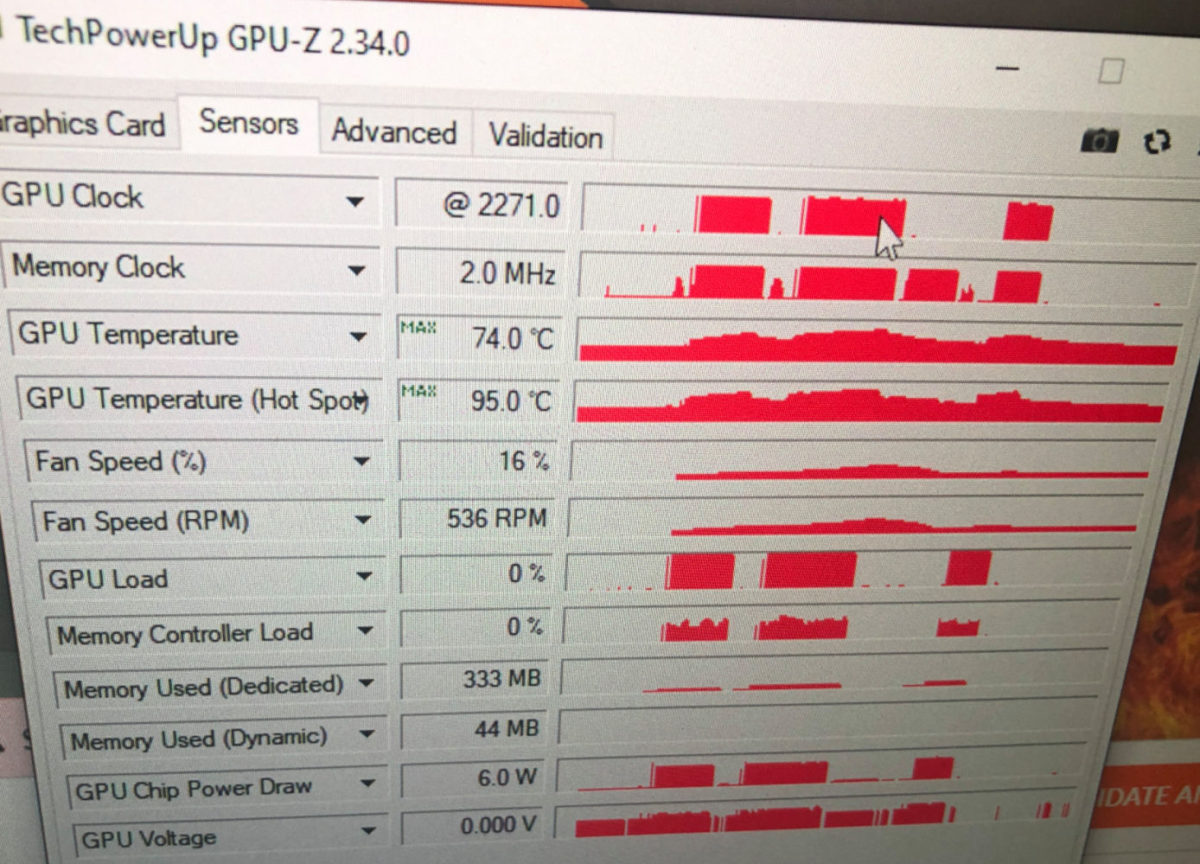