Basemark is a new benchmark in the GPU scene and thus still not very popular among reviewers. The benchmark is simply too short, meaning that the sustained boost frequencies that are often seen in games are impossible to reproduce with the software. That being said, if reviewers really want to use synthetic benchmarks, it is certainly not Basemark.

Yet, everything that produces a score at the end of the benchmark, can be used for comparison. Today, a new entry has appeared featuring ‘Radeon RX 6900 Series’. No, this is not the RX 6900XT, it is simply how Basemark reports the Navi 21 GPU family, for some reason. Detailed entry details reveal that the card tested is actually Radeon RX 6800.

The graphics card was tested with the latest 27.20.14501.1206 driver that supports Big Navi. The testing platform features Ryzen 9 3900X (12-core processors) with MSI MEG X570 GODLIKE motherboard. What you might not know is that this is one of the four confirmed motherboards to support Smart Access Memory technology at launch. Meaning, we are definitely looking at a result from a reviewer who might be testing said technology.

AMD Radeon RX 6800 scored 14635 points using the DirectX12 API (the software tests Vulkan, DX12, and OpenGL APIs using the same benchmark scene). This score is actually lower than GeForce RTX 2080 Ti, but still better than Geforce RTX 3070. Again, this is the 60CU variant of Big Navi, so the slower in the series. 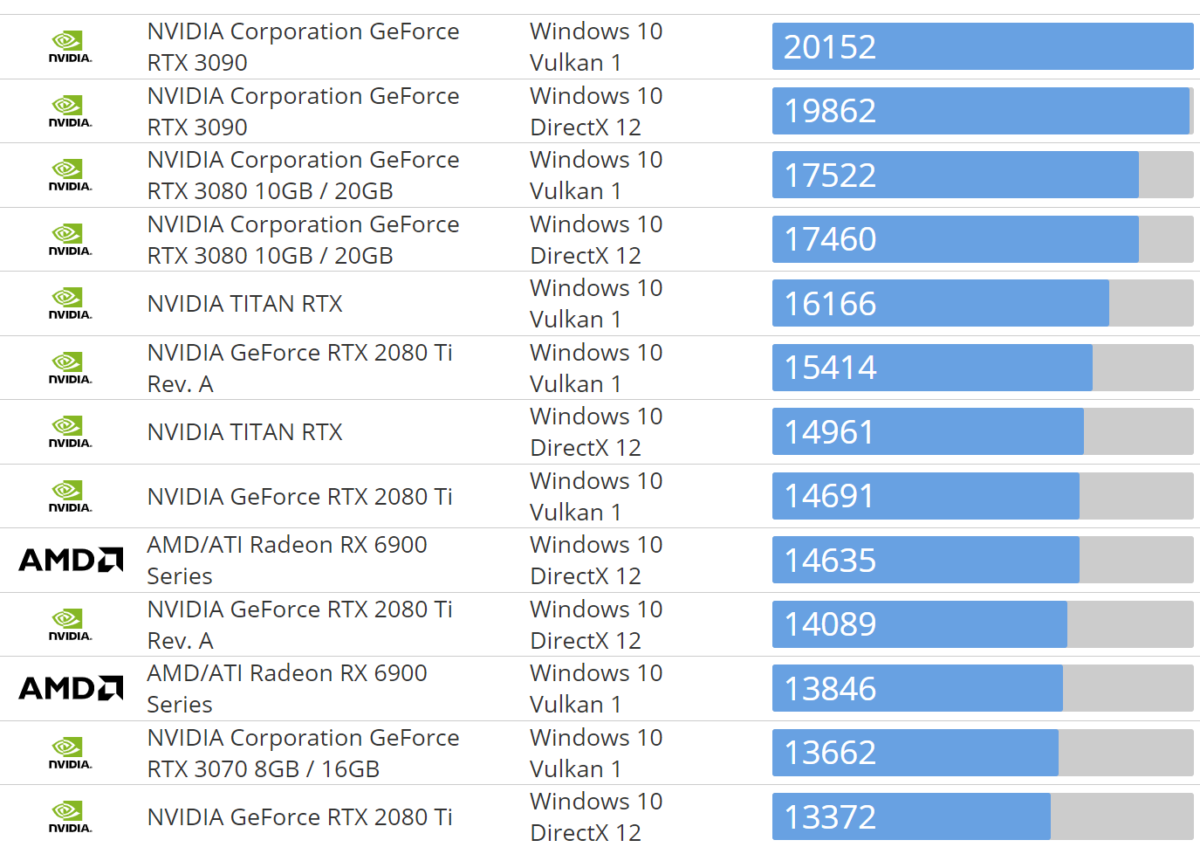 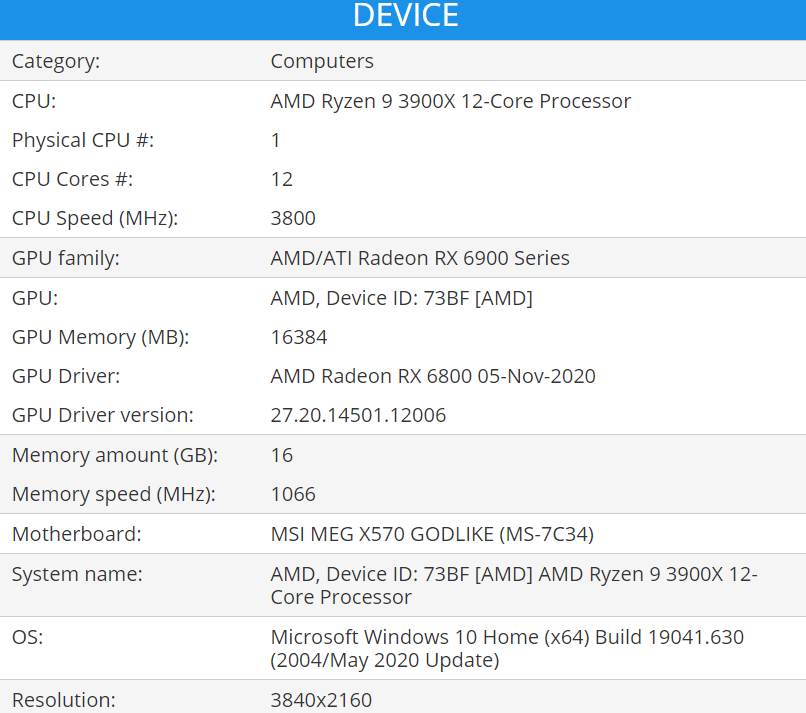 The RX 6800 scored the highest with the DirectX12 API enabled:

AMD is set to launch its Radeon RX 6800 series on November 18th, just 5 days away from now. The series will feature three SKUs all based on the Navi 21 silicon: