While there is still no word about the review samples being shipped, the upcoming Radeon RX 6000 refresh is already being tested, as revealed by GFXBench entry.

The Radeon RX 6750XT is the upcoming refresh of RX 6700XT with faster memory and higher clock speeds. This is the Navi 22 GPU based upper-midrange model with 12GB GDDR6, now likely clocked at 18 Gbps. Higher memory frequency and rumored increase of board power, are expected to provide a noticeable, but not significant performance uplift. It might be just enough to tackle the upcoming Intel Arc desktop cards, though. 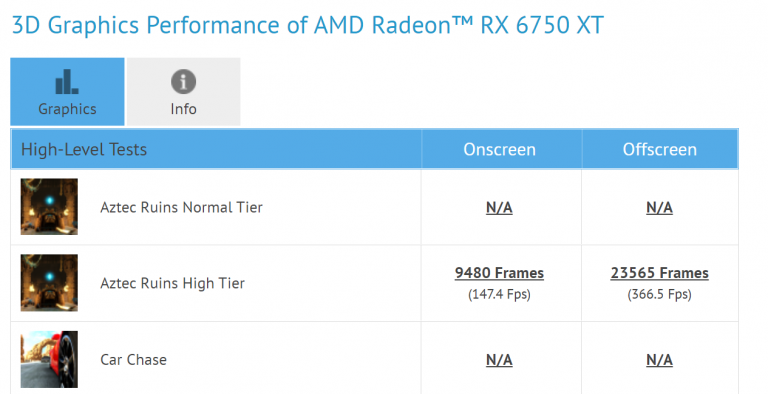 Sadly, this is not a benchmark result that we can use for any meaningful comparison. The GFXBench is not very popular software among reviewers, not to mention the fact that only one test was ran out of the whole stack. Clearly, this new card is still at the very early testing stage, but we are likely to see more leaks in the coming days.

The RX 6750XT off-screen performance in Aztec Ruins High Tier test is 366.5 FPS, which is just 2% higher than RX 6700 running in the same graphics API (DirectX): 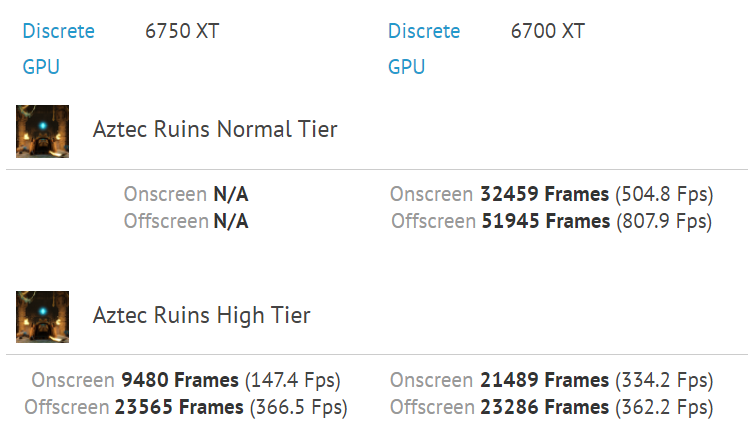 AMD Radeon RX 6750XT is set to launch on May 10th. We are still waiting for confirmation on the specifications, as well as pricing. The card is expected to gradually replace the RX 6700XT model as AIBs switch production to a newer model.