AMD Radeon RX 6700M shows up in the 3DMark database 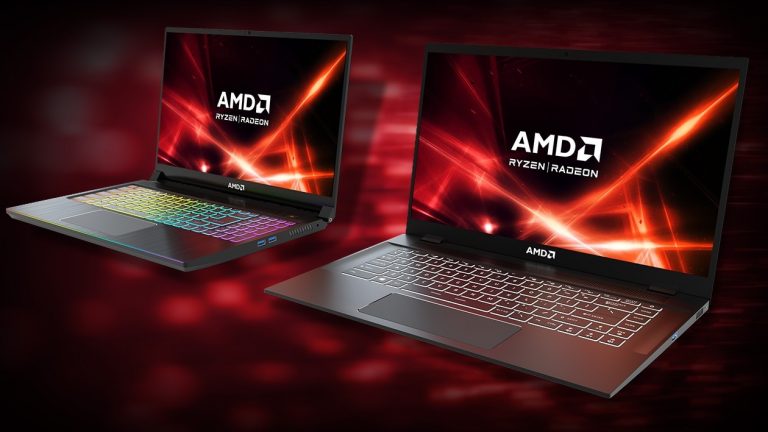 At Computex, AMD showcased three mobile graphics cards based on Navi (RDNA2) GPUs: RX 6800M, RX 6700M, and RX 6600M. So far only the flagship model has been available to customers. Actually saying it is available is an overstatement as the laptop is pretty much only available in the US. At this point, we should already also be seeing RX 6600M equipped laptops, but unfortunately, those are nowhere to be seen yet. In fact, this GPU is not even listed in the drivers yet.

Meanwhile, the mid-tier GPU known as RX 6700M was clearly labeled as ‘coming soon’ by AMD, unlike the other two which are officially ‘shipping’ now. Rogame discovered two entries of this GPU in the 3DMark database. Interestingly, the graphics card shows up as a desktop RX 6700 XT model, but make no mistake, this is definitely not the desktop card. The leak features a 10GB Radeon model paired with AMD Ryzen 9 5900HX processor, both undoubtedly confirm this is actually a laptop.

The RX 6700M with 10GB of memory scored 8628 graphics points in Time Spy and 27062 points in Fire Strike (Performance). It appears that both results feature the exact same laptop in which the GPU had an average clock speed of 1945 to 1987 MHz. 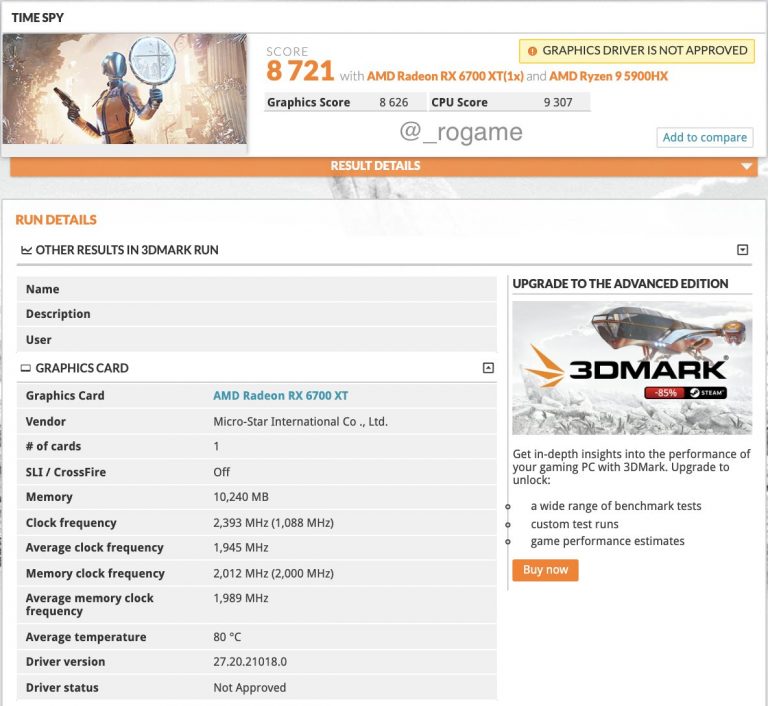 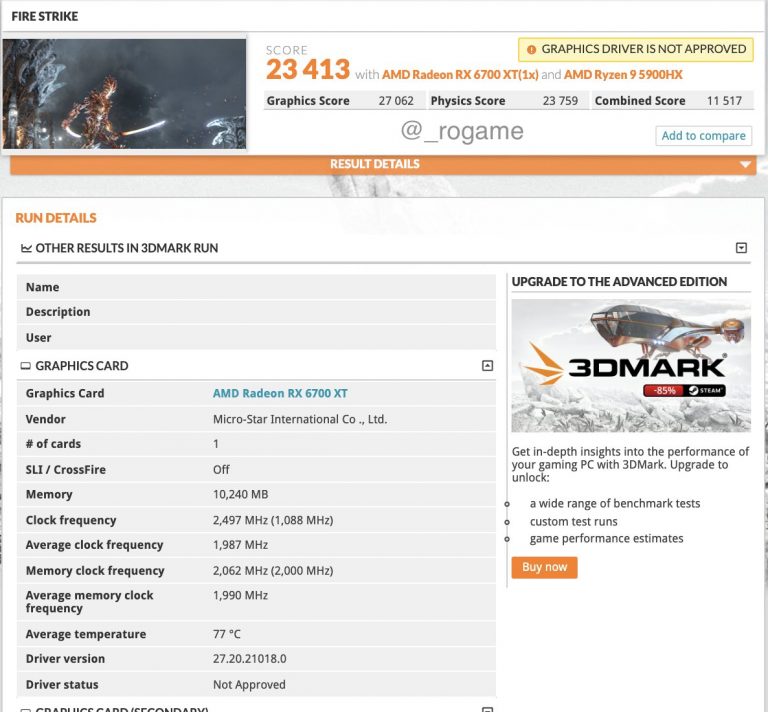 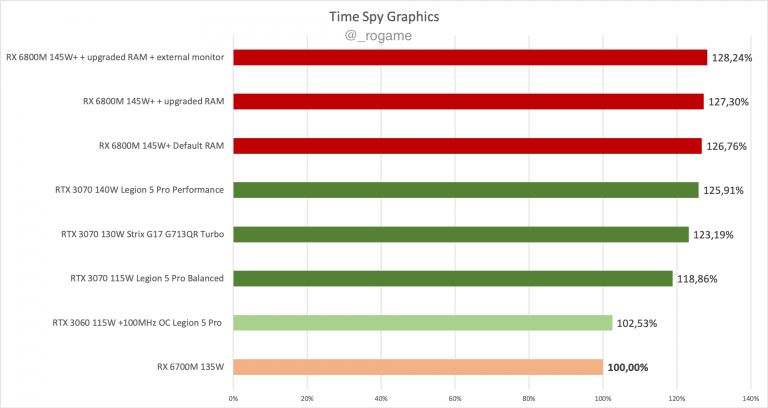 So far there have been no announcements on laptops featuring RX 6700M, but judging from official renders and marketing materials, AMD might partner up with MSI to launch Bravo/Alpha featuring this SKU. This brand just so happens to appear in this leak. While AMD has so far not released any performance charts for the RX 6700M GPU, it did confirm that RX 6700M will offer 100 FPS in 1440p gaming at high settings.

AMD Radeon RX 6700M offers Navi 22 GPU with 2304 Stream Processors. This model is equipped with 10GB GDDR6 memory across a 160-bit memory bus. The graphics card will be offered with TGP up to 135W, which is the territory of its main competitor, NVIDIA GeForce RTX 3070 Laptop GPU.