AMD Radeon RX 6700 XT tested in Ashes of the Singularity

We have already seen OpenCL & Vulkan performance in Geekbench, as well as gaming performance at 1440p resolution and at 1080p with ray tracing. There is not much left to be leaked, except synthetic benchmark.

While we don’t have 3DMark scores yet, there are public records of Ashes of the Singularity 6700XT tests performed by a user who also had Radeon RX 5700XT. That’s a good opportunity to compare a generation to generation in the same benchmark on an identical system.

On average, the RX 6700 XT is 32% faster than its predecessor based on Navi 10 GPU, which features the same number of Stream Processors (2560). This would have been a good architecture to architecture comparison if not for the very high clock speed of the RX 6700 XT, nearly 676 MHz higher than RDNA1 based model.

AMD is now set to launch its 479 USD graphics card on March 18th. The reviewers are currently evaluating the performance of the new models, including custom variants that will also be released on the same day. 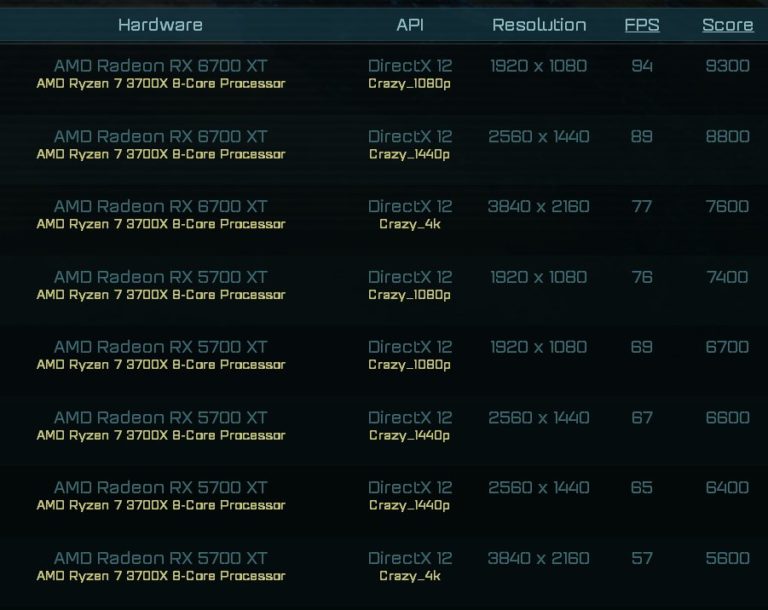 Source: Ashes of the Singularity via @TUM_APISAK