Patrick Schur provided the BIOSes of the upcoming custom models of Navi 22 based Radeon RX 6700 XT graphics cards to Igor Wallosek. This SKU is now expected to follow Navi 21 SKUs in January. The Navi 22 GPU has already appeared in numerous leaks before, but as we approach the launch, more and more information appears to confirm the previous speculation.

In a most recent article from Igor Wallossek we learn about the Radeon RX 6700 XT designs from AMD board partners. The detailed information on power and frequency limits has now been confirmed. While Igor does not name the manufacturers whose BIOSes are being shown, there is no doubt that this is real. Igor had previously posted very similar information in regard to the RX 6800 series, which later turned out to be true.

The BIOS information reveals that the maximum GPU frequency that can be set through Radeon Software is 2950 MHz. Yesterday we reported that Radeon RX 6900XT has a maximum GPU clock of 3000 MHz, which is higher than RX 6800 XT’s 2800 MHz. That said, the RX 6700XT maximum GFX clock would sit in between Navi 21 XT and Navi 21 XTX. This particular RX 6700 XT board partner card has a maximum GFX clock of 2854 MHz, which is indeed higher than most Navi 21 designs: 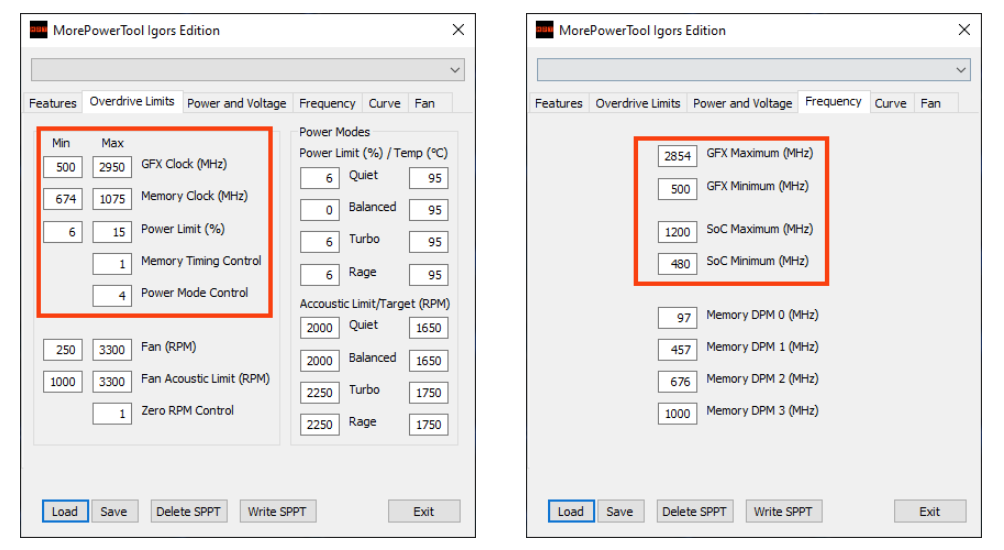 In terms of power consumption, there are two BIOSes featuring different limitations. The more moderate version has a 186W TGP (total graphics power) power limit, which could very well be the reference-based model or slightly overclocked version. Meanwhile, the 211W BIOS is definitely a higher-clocked variant from (possibly other) AIB.

Naturally, these values do not represent the actual power consumption of the whole graphics card. Igor expects those to be within 210 to 220 Watts (AMD TGP values, as shown in the BIOS data, only refer to GPU and memory power consumption).  The Wattman will allow up to a 15% power increase, which could increase the full power consumption to around 250W.

As a reference card, the Radeon RX 6800 has a TGP of 203 watts. The 186 watts of BIOS 1 would therefore be 92% of the TGP, which also suggests an OC BIOS, considering the lower memory (12 instead of 16 GB GDDR6). The BIOS 2 is even significantly above what AMD already gives the RX 6800 reference card! That’s enough after a violent action, but we’ll see what performance comes out of it in the end. Incidentally, both cards have a GPU voltage of 1.2 volts, also more than before with the RX 6800 and RX 6800 XT.
— Igor Wallossek, Igor’sLAB 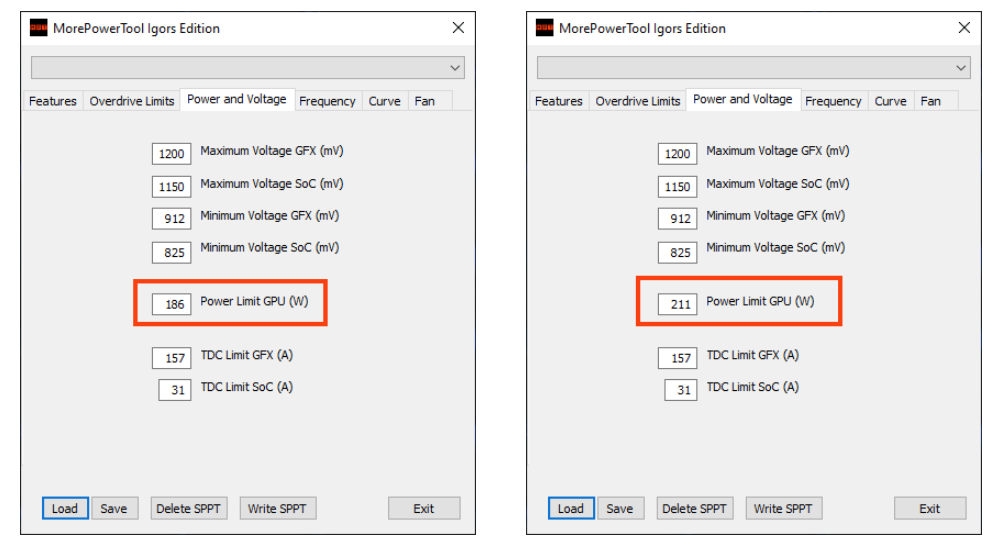 The last set of screenshots from MorePowerTool (software designed to read BIOS data of Navi 2X GPUs) indicates that the 1st BIOS could be of a 1-fan model. This is because Fan Acoustic Limit is set to 2300 RPM, which would probably too much for a dual or tri-fan design. Meanwhile, the secondary BIOS shows a 1700 RPM value and a higher temperature fan target of 95 C, which is more or less a standard for dual-fan designs these days. 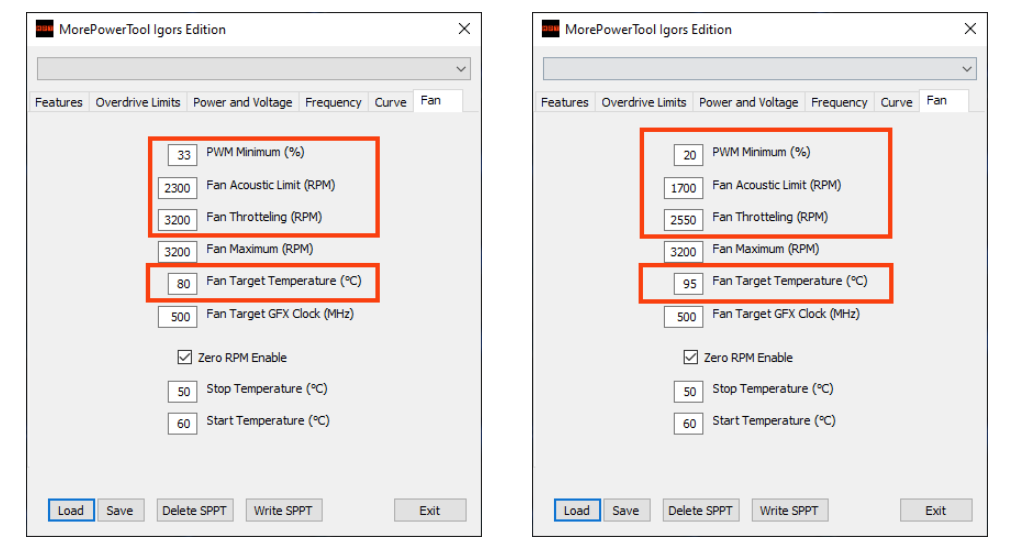 AMD Radeon RX 6700 XT and RX 6700 are both set to launch in January. These cards feature Navi 22 GPU with up to 40 Compute Units (2560 Stream Processors). Unlike the RX 6800 and RX 6900 series, this GPU will be limited to a 192-bit memory bus. As a result, the maximum expected memory capacity on these mid-range GPUs is 12GB. The Navi 22 is also expected to feature Infinity Cache and support hardware accelerated ray tracing. This GPU will also be offered with a mobile RX 6000 series graphics card, which should debut in the first quarter of 2021.

Igor discusses the new leak here (do note that the video is in German):