While the manufacturer has not yet introduced its Navi 23 GPU, the support for the first mobile SKU is already there.

AMD did confirm Radeon RX 6000M series is launching in the second quarter and we have already seen numerous leaks with new mobile SKUs that would prove they are coming soon. It seems that RDNA2 mobile will be based on three parts: Navi 22, Navi 23, and Navi 24. The Navi 22 GPU is to be expected under Radeon RX 6800M and RX 6700M high-end graphics cards, while RX 6600M and RX 6500M are likely to future Navi 23. This fact was actually confirmed today by AMD themselves, as the RX 6600M appears in the driver before any other mobile SKU has:

Interestingly, AMD also included Navi 24 IDs in the same driver, which further indicates that this GPU is coming soon. Seven sub-IDs (00-CF) suggest that AMD is developing at least a few mobile and desktop variants. It does not necessarily mean that all seven will be released: 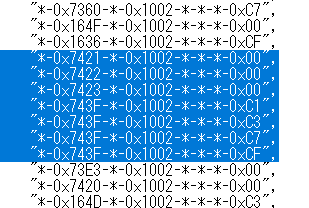 As for the official specifications of RX 6600M, there is not much yet to share. What we do know is that Navi 23 has at most 2048 Stream Processors, this was already leaked through macOS driver last year. What we do not know is how many cores will this particular SKU have. One would guess that RX 6600M will feature the full silicon with 2048 cores, simply because that is already fewer than RDNA1 based RX 5600M, but at the same time, we have Notebookcheck reporting on 1792 cores.

In terms of memory specs, it is to be expected that the card will have a 128-bit memory bus and either 4GB or 8GB memory. With 12 Gbps modules, it would offer 224 GB/s which again is less than RX 5600M, but thanks to built-in 32MB of Infinity Cache into Navi 23, the difference should not be noticeable during 1080p gaming for which this GPU is intended for.