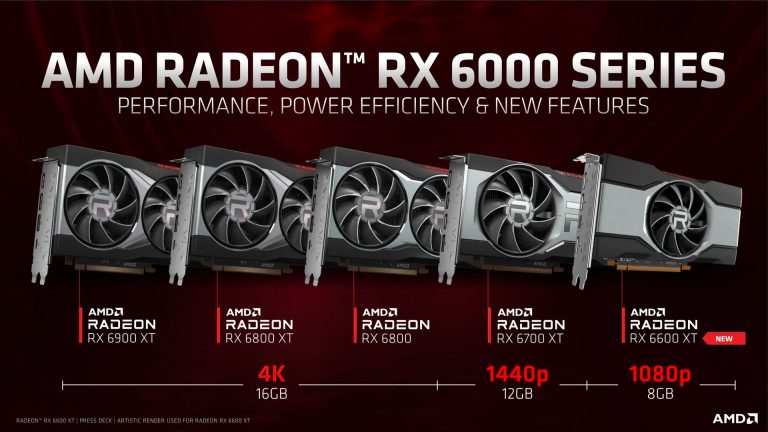 Today at Chinajoy AMD unveiled its Radeon RX 6600 XT graphics card designed for 1080p gaming. This model is set to compete with NVIDIA GeForce RTX 3060 12GB which debuted back in February. According to AMD’s own performance claims, their card is faster than the NVIDIA GA106 model in 10 titles (1080p max settings with ReBar enabled on each card). 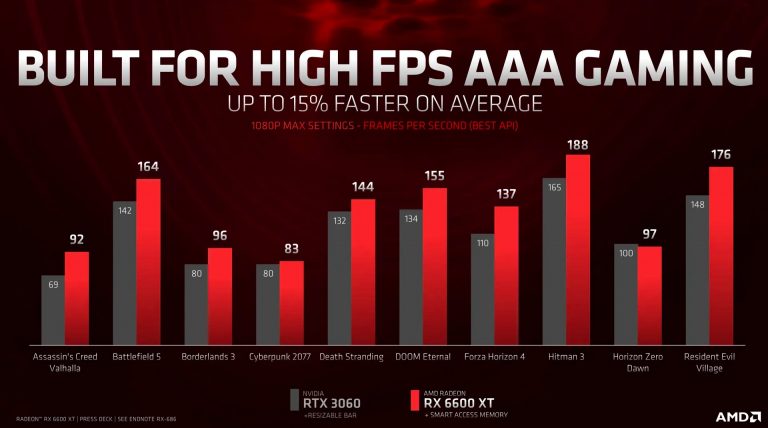 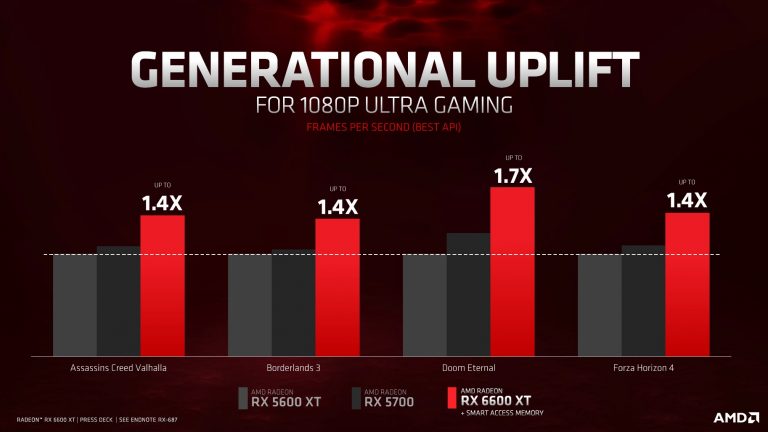 RX 6600 XT is equipped with Navi 23 XT GPU featuring 2048 Stream Processors, a full configuration for this GPU. The official game clock is 2359 MHz, the boost clock is 2589 MHz and 160W TBP is powered through a single 8-pin power connector. 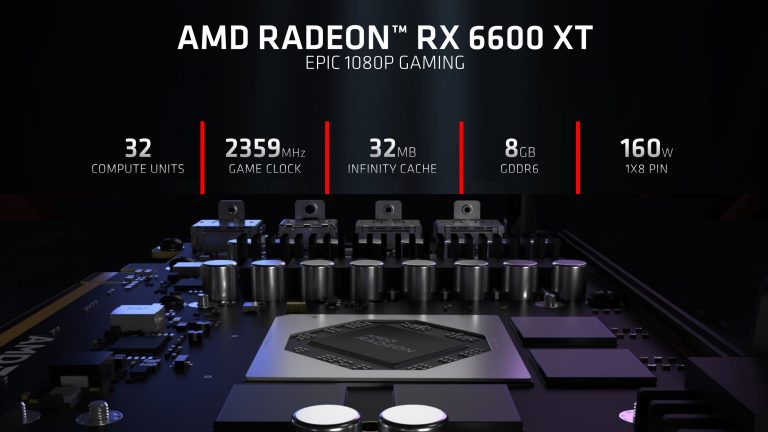 AMD Radeon RX 6600 XT launches exclusively through AIBs with their custom designs, there will be no reference design available. AMD promised that RX 6600 XT will be available on August 11th. In terms of pricing, the RX 6600 XT will cost 379 USD, exactly 100 USD more than RX 5600 XT.

AIBs have prepared various designs including Mini-ITX models, dual-fan cooling solutions, and even triple-fan models for the best performance and thermals. 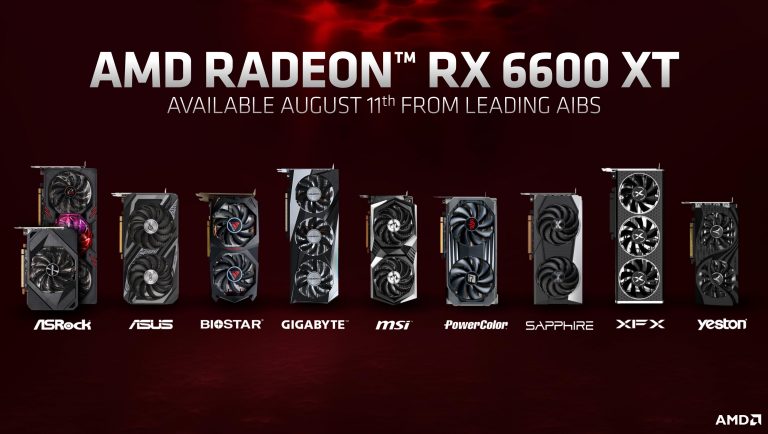 Here’s how RX 6600 XT stacks up compared to the best models from each Radeon RX 6000 sub-series.