The first Navi 23 desktop GPUs featured in a new leak.

The same Chiphell thread that we mentioned yesterday while covering alleged RX 6600 specs, has been updated with GPU-Z screenshots. As revealed, the AMD Radeon RX 6600 XT and RX 6600 non-XT are both to feature Navi 23 GPU with either 2048 or 1792 Stream Processors. These cards are both to feature 8GB of GDDR6 memory across 128-bit buses. Those details have been confirmed through the GPU-Z screenshot today.

Those screenshots confirm the exact PCI Device IDs of both cards. According to them, the RX 6600 non-XT would be Navi 23 “73FF:C7” variant, whereas the XT, would be “73FF:C1”. This is how they should appear in the upcoming driver. The leaker claims that he actually using a 21.4.1 driver that already featured RX 6600M support. This implies that the driver was modified to enable support for these graphics cards. It is worth noting though that the GPU-Z utility was recently updated to support both cards.

The clock speeds of the non-XT variant aren’t listed by the GPU-Z utility yet, but RX 6600 XT appears to be working just fine. The graphics card would allegedly have a clock speed of 1692/2684 MHz with a memory clock at 16 Gbps. 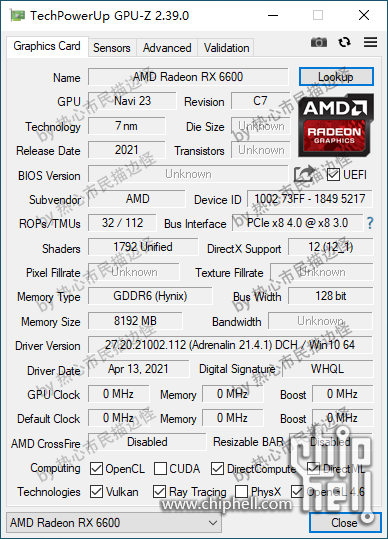 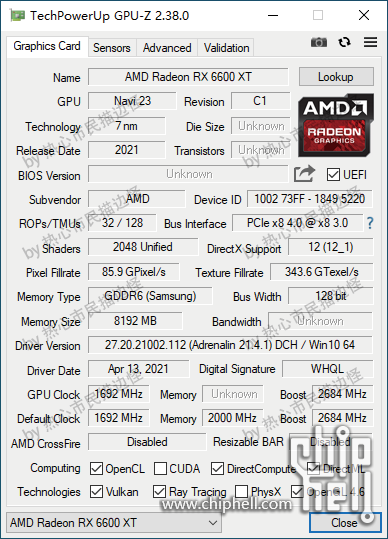 AMD Radeon RX 6600 series are likely to be revealed around Computex. The manufacturer promised to launch a new RDNA2 desktop and mobile graphics card by the end of the second quarter.