Upon checking on manufacturers’ websites we discovered that PowerColor already has product categories for two of the unreleased AMD Radeon RX 6600 graphics cards.

Unfortunately, the website does not provide any details on the cards themselves. There are no graphics cards listed nor any specifications are provided. It seems that only the categories were added at this point. 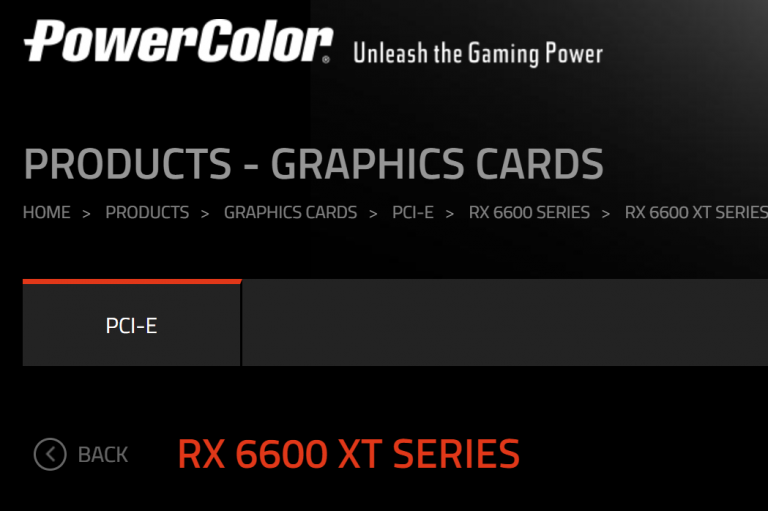 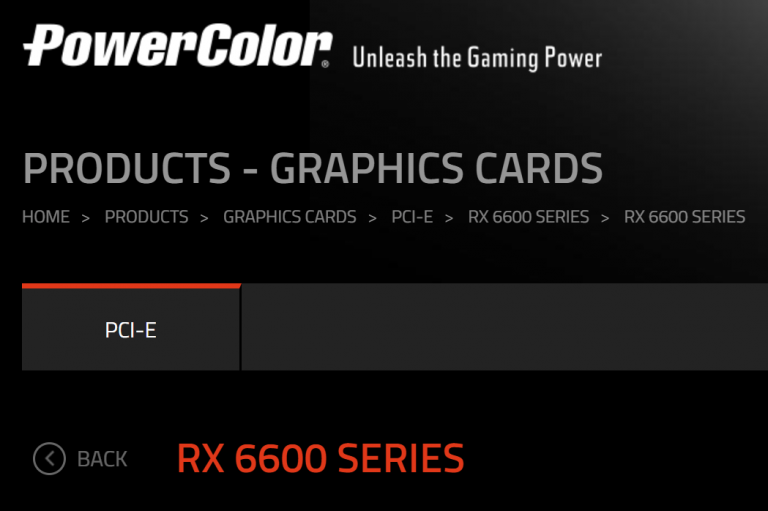 AMD was originally expected to launch its single-fan Radeon RX 6600 series in the first half of 2021, as officially declared at CES back in January. Unfortunately, that did not happen and the Navi 23-based discrete consumer models have experienced a delay. However, AMD did launch as many as four Navi 23 products, including Radeon RX 6600M (mobile GPU), Radeon Pro W6600 (and its mobile variant), and confirmed that car marker Tesla is now using Navi 23 GPU for its infotainment system.

AMD Radeon RX 6600 XT is to feature Navi 23 XT GPU with 2048 Stream Processors as well as 8GB GDDR6 memory across a 128-bit interface. Judging by the specs of other Navi 23 models, one should expect RX 6600 XT to offer very high clock speeds as well as relatively low TDP. The launch date though remains a big unknown, but it is definitely approaching.