Next week AMD is introducing its latest and so far the slowest RDNA2 graphics card called RX 6600 non-XT. This model is based on Navi 23 GPU with 1792 Stream Processors, just as many as mobile Radeon RX 6600M. The card will feature 8GB of GDDR6 memory and 32MB of Infinity Cache. The RX 6600 is expected to be a mid-range card for 1080p gaming, in terms of both performance and pricing (which has not yet been confirmed).

Earlier this week we shared official gaming benchmark results which were performed by AMD testing labs. Those results are part of the Reviewers Guide and are not meant to be used for public use, yet we think they might be useful for future comparisons and for a general understanding of where the card is positioned. 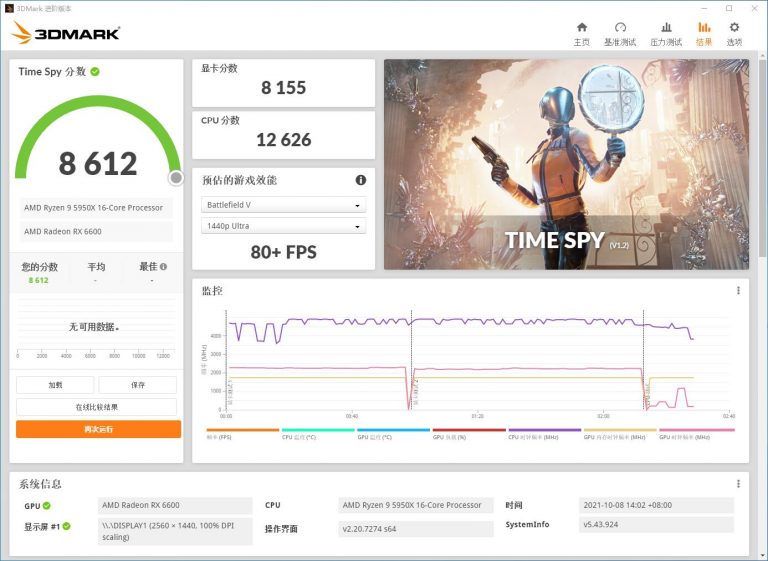 In the leaked 3DMark test, the card scored 8155 points in Time Spy Graphics, which is lower than both RTX 3060 and RTX 2060 SUPER, both easily reaching 8400+. What is not clear is whether the RX 6600 was overclocked, or whether the graphics used for this test are the press drivers which were provided to the media under the embargo. It is, however, the first synthetic and 3rd party benchmark test that has leaked. 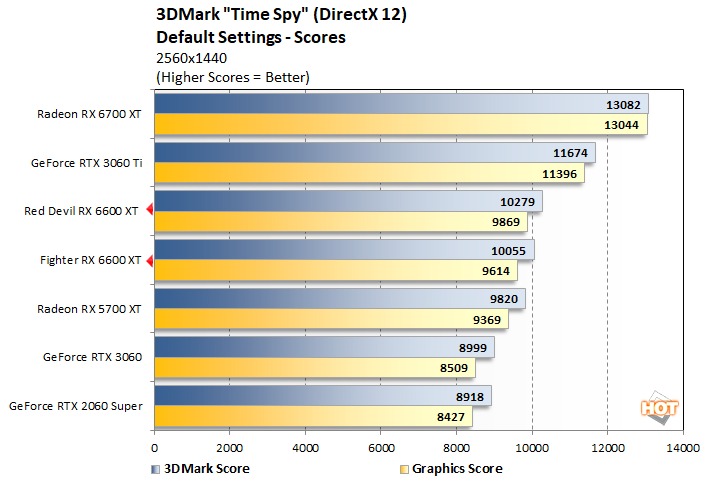 Apart from disabled cores, the RX 6600 non-XT will have lower GPU clock speeds (up to 2491 MHz), lower memory speed (14 Gbps), and lower TDP (132W). It should be fairly competitive in the mid-range segment, should the supply meet the demand. In any other case, it will end up with a much higher price tag and become as unavailable as the rest of the RDNA2 stack.