Igor’sLAB has an interesting performance simulation of Radeon RX 6600 non-XT, a graphics card that has not yet been released but has been seen in the leaks.

The AMD Radeon RX 6600 non-XT had already appeared in the leaks numerous times. The most recent rumor was that the SKU is set to launch in September, while PowerColor had even begun listing this model specifically on their website. Despite numerous appearances, the SKU has not been released yet, nor has the Radeon RX 6700 non-XT.

While the release date is unknown, the specifications of this SKU are pretty much known at this point. The SKU would rely on Navi 23 XL GPU which is to offer 1792 Stream Processors, exactly the same number as Radeon Pro W6600. The size of the memory isn’t known, but one should expect either 8GB or 4GB. What is worth noting is that so far AMD has not released a Navi 2X graphics card with less than 8GB of memory.

Assuming that RX 6600 non-XT would also feature 8GB memory, it is actually possible to simulate the graphics card performance using existing solutions offering the exact same GPU, such as the already mentioned Radeon Pro W6600. Igor Wallosek from Igor’sLAB decided to modify and overclock this GPU to simulate the performance of the supposed RX 6600 non-XT. While this solution is far from ideal, it is definitely as close as we can get to RX 6600 non-XT performance figures at this point. It is definitely more accurate than any mathematical approach, after all, it is based on actual silicon. Things that cannot be simulated are clocks behavior and TDP range. Igor assumed that the card would have 130W, which is reasonable considering how much power the XT variant requires (160W). 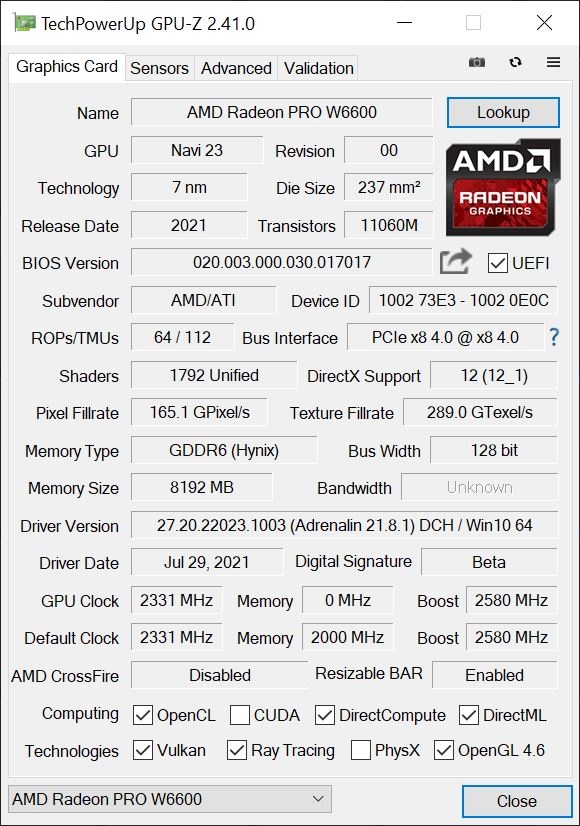 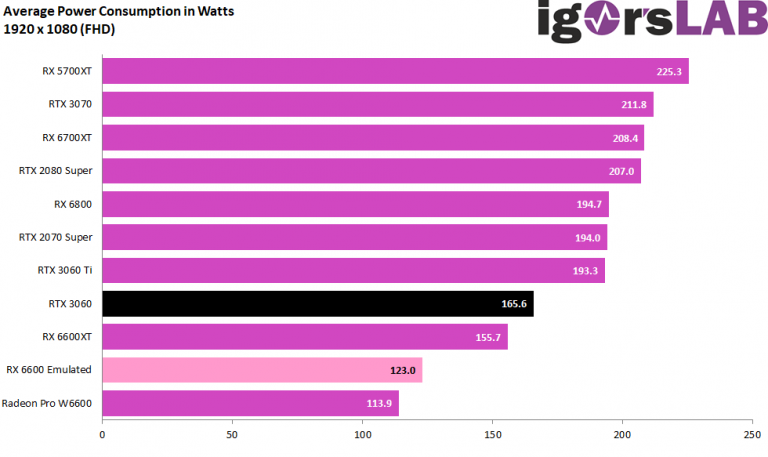 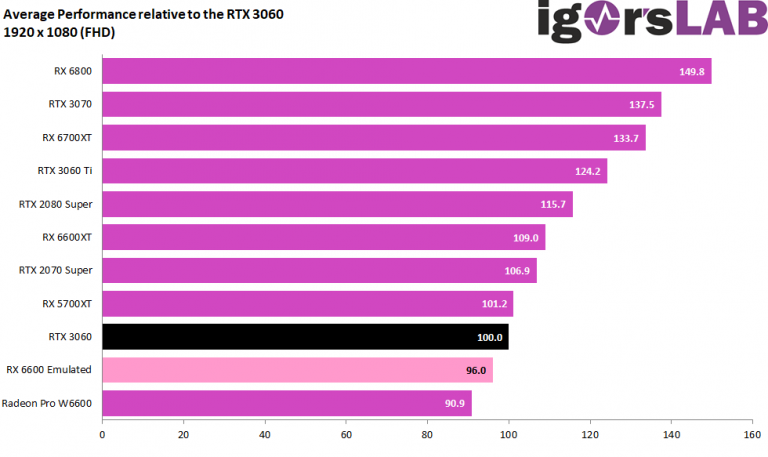 The AMD Radeon RX 6600 non-XT would probably launch at 300-330 US dollars, a price currently reserved for second-hand GPUs from the last-gen series. AMD might be waiting for GeForce RTX 3050 desktop series deployment though, which would be the direct competition for this card. At this point in time though, NVIDIA has no plans to launch this SKU in the next few weeks, at least not from what we have heard recently.