MSRP (Manufacturer’s Suggested Retail Price) is slowly becoming a norm, says HardwareUnboxed who have just published their latest report based on the current pricing from one of the largest US retailers, Newegg. While both brands see a similar price change over a single month time (6 to 8% decrease), AMD’s offer is now almost at MSRP level. 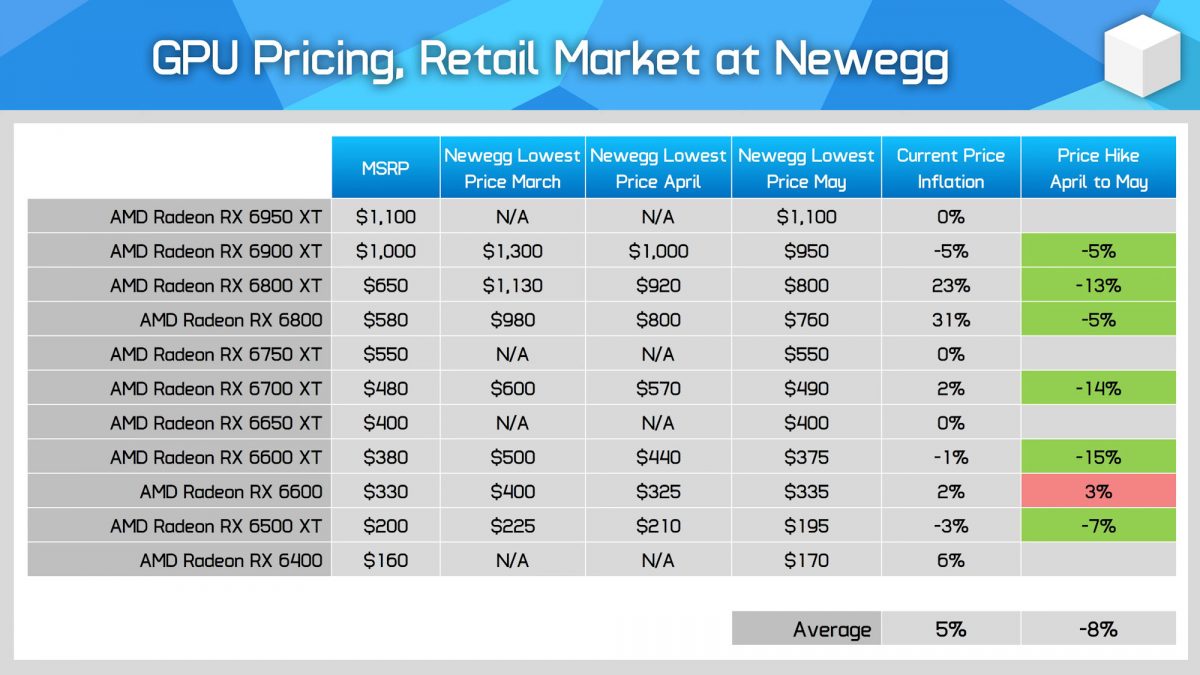 Although the monthly prices for GeForce RTX 30 cards have dropped as well, by 6% on average, the MSRP for NVIDIA cards is still 24% higher for the entire stack. As noted yesterday, NVIDIA clearly has a problem with mid-tier to low-end GPUs. The rapidly declining price for GPUs is now forcing NVIDIA to launch a new model called GTX 1630. 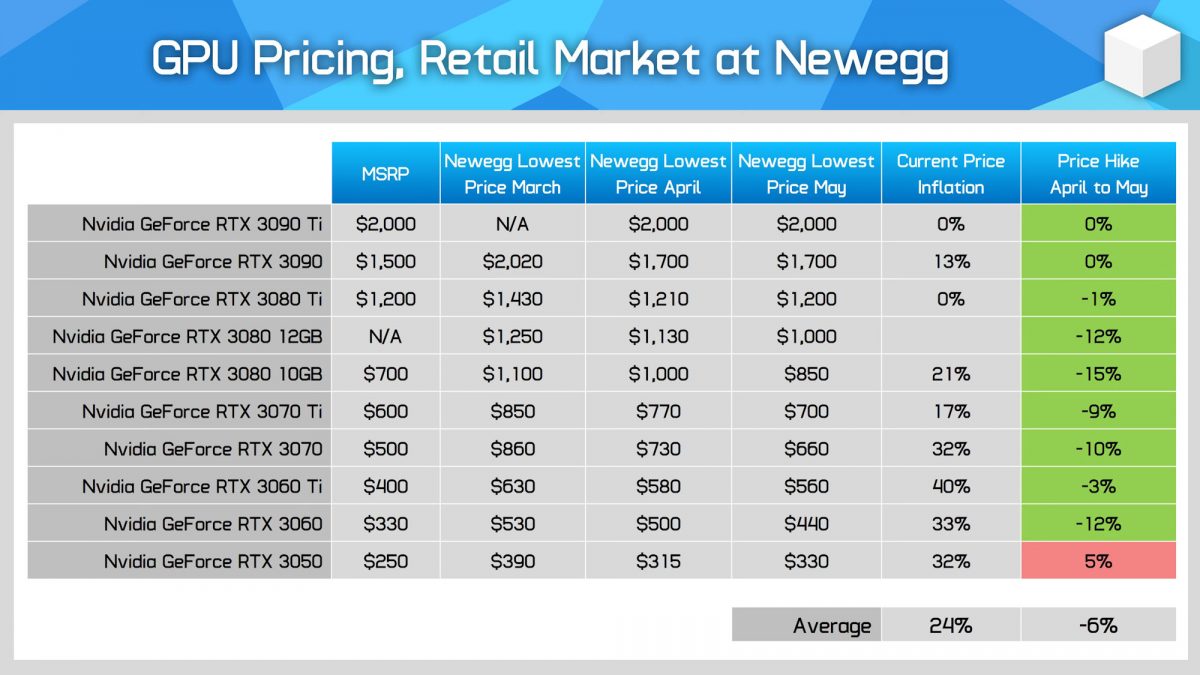 One should expect NVIDIA to change its tactic soon, something that would have an immediate effect on the pricing. This is especially important considering GeForce RTX 40 series are just 2 months away, assuming that the rumors are true.

The video from HardwareUnboxed also goes through used market for previous-gen series, which our readers might also find interesting: