AMD sponsored Fortnite Streamer MissGinaDarling discovered a new Easter Egg in a new Fortnite Map. A number of steps were needed to see the Easter Egg and at one point it requires a ‘6000’ code to be entered. At the end a message is being shown:

“SOMETHING BIG IS COMING TO THE AMD BATTLE ARENA!”

A reference to Big Navi GPU. 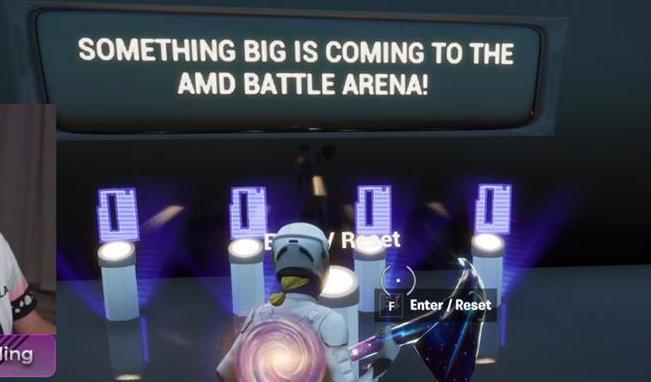 This is indirect confirmation from AMD that the next generation Radeon series is indeed called RX 6000, after various changes to the schema over the past few years.

AMD has confirmed multiple times that we should expect Big Navi this year. The company employees also said that Big Navi consumer graphics cards should also launch before the next-generation consoles, which are also based on RNDA2 architecture. The consoles are currently scheduled to launch in November, indicating that the launch of the Big Navi graphics should be expected around this time.

Fortnite’s AMD Easter Egg is hidden in an AMD’s Battle Arena map, which is an AMD-themed stadium.

HotHardware has a full tutorial on how to see the Big Navi Easter Egg, so check it out. 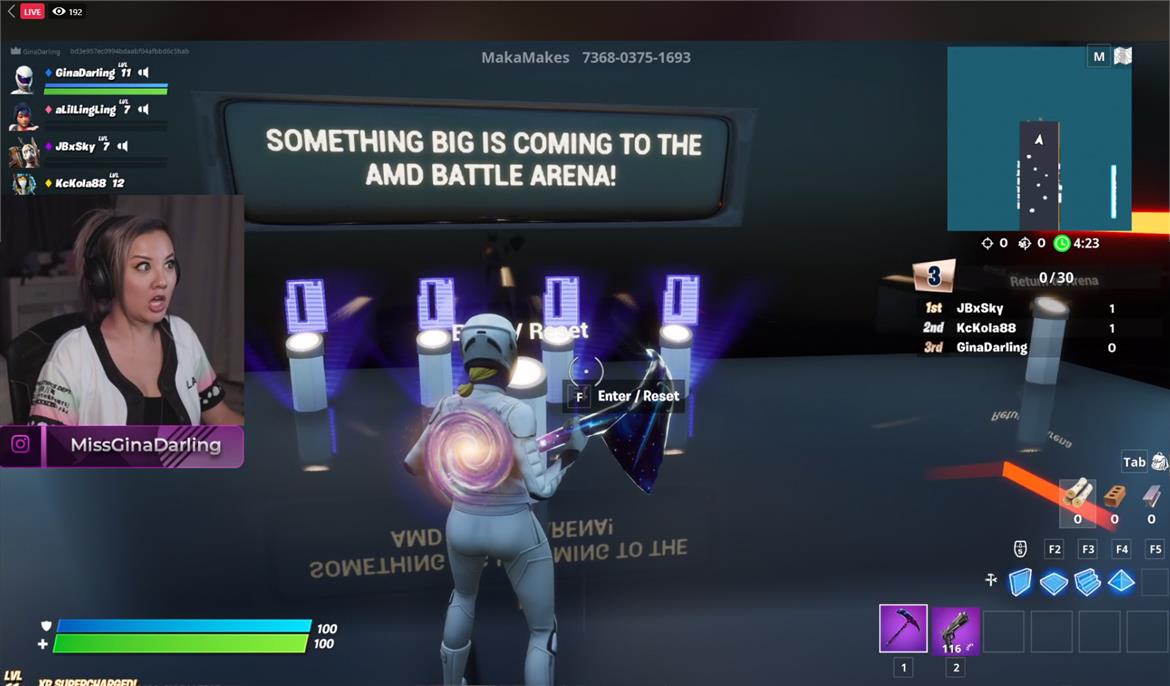