Yesterday we shared with you the content from the official AMD Radeon RX 590 presentation. Today it has been partially published by HD Tecnologia.

Guys over at HD Tecnologia have revealed three slides from Radeon RX 590 press deck. The first slide shows basic specs, which we gathered in a table below.

The most significant change can be observed in FP32 compute power, which has now reached 7.1 TFLOPS. 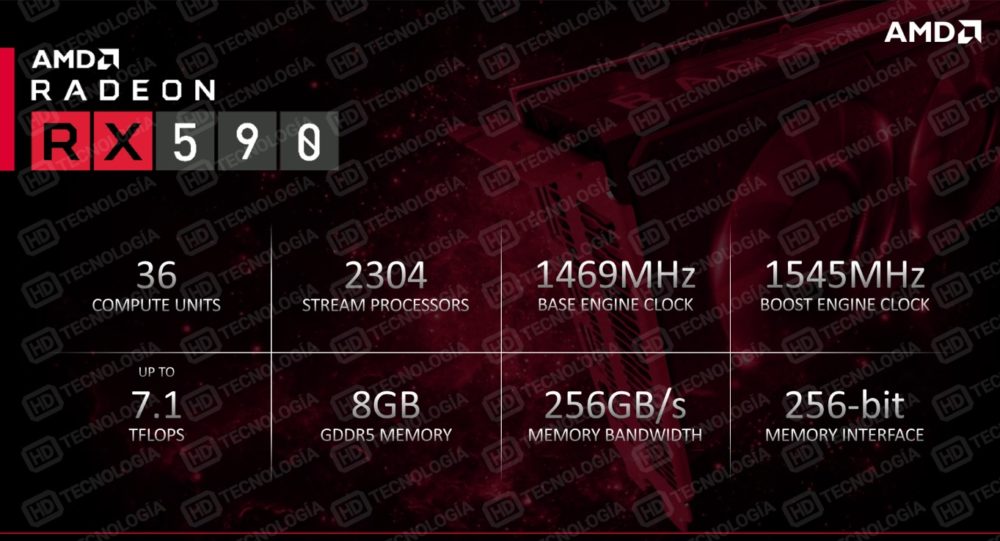 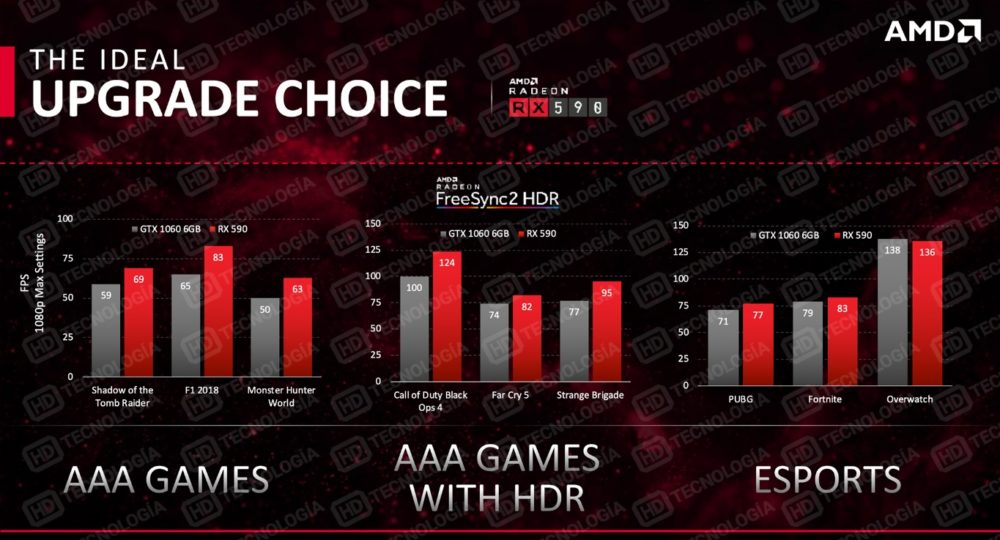 The third and last slide shows the retail price for RX 590. The picture also demonstrates how reference design looks. It appears to be a RX 580 clone with some extra red LEDs. 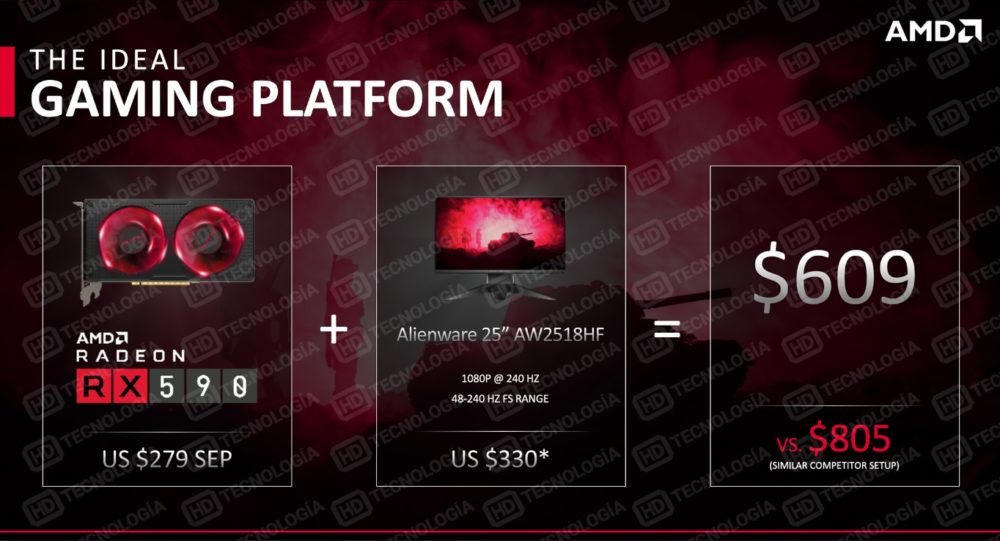