AMD will not sell its 50th Anniversary Edition of NAVI-based RX 5700 XT graphics card outside China and USA.

During the Next Horizon Gaming product announcement, AMD president and CEO, dr. Lisa Su unveiled a limited 50th-anniversary edition of Radeon RX 5700 XT. A 75-MHz faster variant of the Navi 10-based model will only be available in China and USA, according to the news report from Cowcotland.

No customers in Europe, Oceania or Africa will be able to buy this card directly. This means that RX 5700 XT 50th will follow the path of Radeon VIII 50th SKU, which was also hard to buy in certain regions.

The 50th Anniversary of Radeon RX 5700 XT comes at a higher price of 499 USD, a 50 USD extra over reference RX 5700 XT model. This means that the card will cost the same as GeForce RTX 2070 non-Founders Edition at launch.

AMD has provided an update on the country list for 50th Anniversary launch: 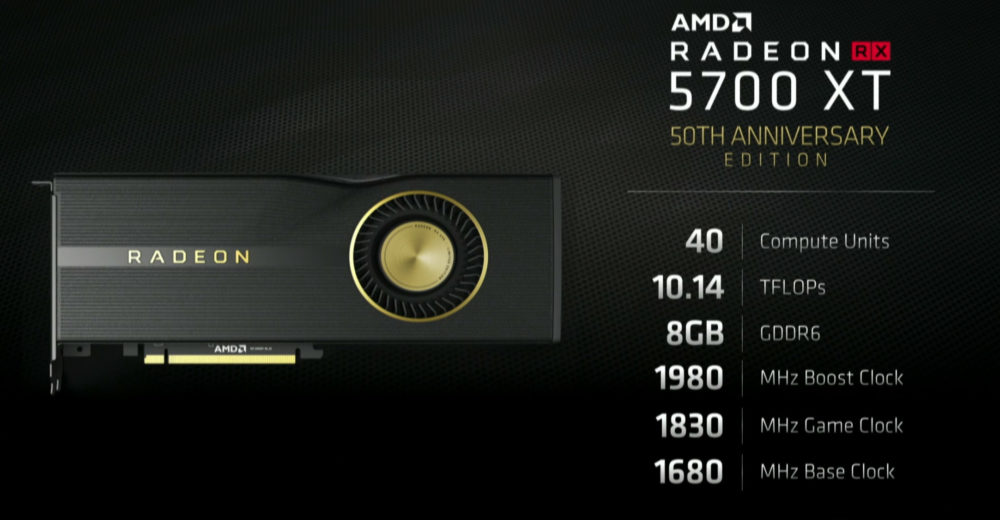