According to Cowcotland, AMD is no longer manufacturing graphics processors for Radeon RX 5700 series.

The website claims that both reference and custom designs are no longer manufactured. This means that the cards which are already on the market are representing the very last batch of these SKUs cards that will be available. Some retailers have increased the price of the Navi 10 cards in response to lower supply and this trend is visible in price spikes since July.

What is interesting though is that AMD is still manufacturing Radeon RX 5600 XT GPU (also Navi 10), so these cards are to remain on market for a while. After all, RX 5600XT debuted on January 21st, so it is not even a year old.

What is even more interesting is that AMD did not cancel the Polaris-based Radeon RX 500 series and Radeon RX 5500 (Navi 14) yet. The Polaris 20 models debuted back in 2017.

AMD is set to announce its Radeon RX 6000 series based on RDNA2 architecture on October 28th. The next-generation Radeon cards should be available in November. 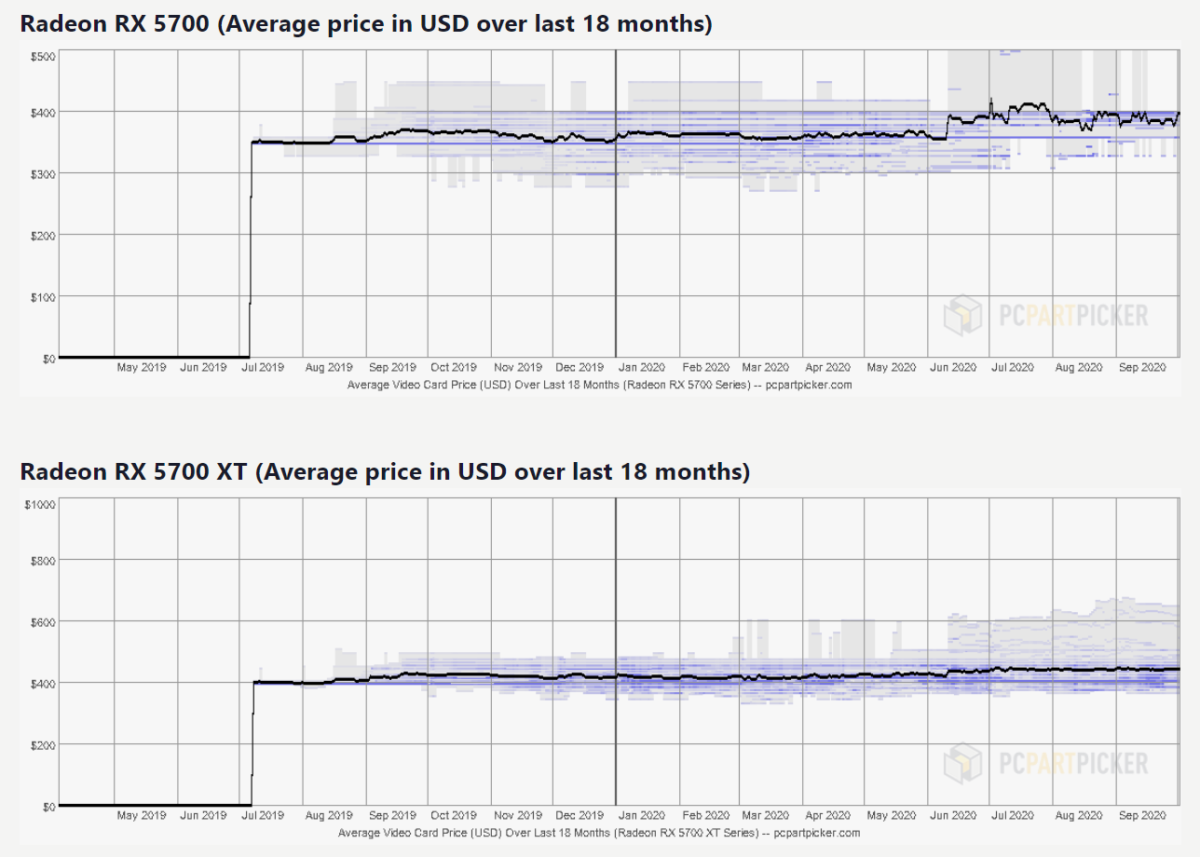