This method is not very complicated to implement, but rather risky considering no custom RX 5700 models are available as of yet. This mod increases the power consumption of the graphics card, hence a water block is recommended, such as recently released EKWB block, which is used by Igor in his test. In other words, do not use this mod, unless you know what you are doing and have aftermarket cooler installed, otherwise you will reach temperature limit rather quickly. 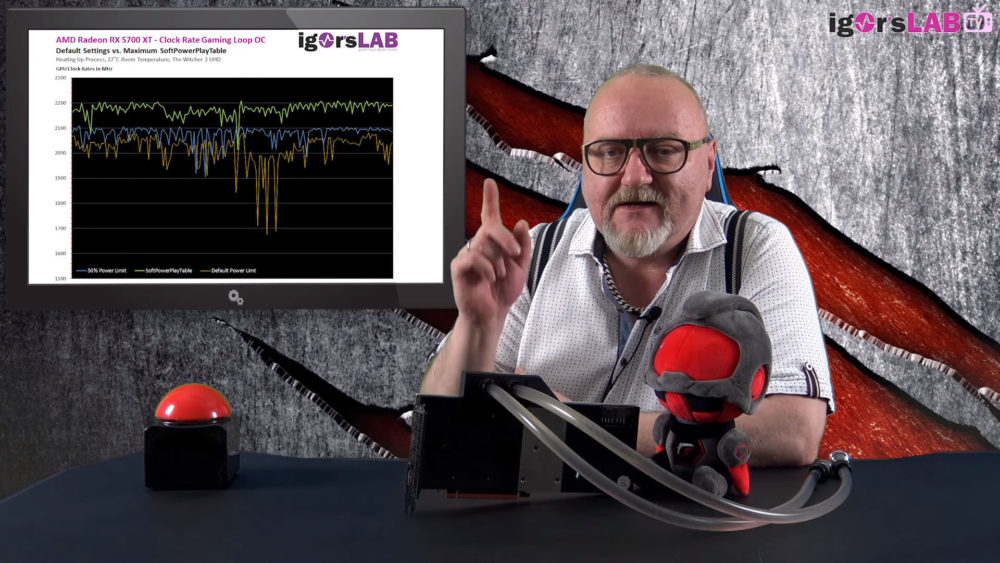 Despite the fact that SPPT mod increased the power limit to +90%, the actual power consumption does not increase drastically over reference 180 Watts. On average it should sit around 250W, although spikes to 300 and 320W can be observed.

This test gives us an insight into power level is required for RX 5700 XT to compete with fully overclocked GeForce RTX 2070 FE directly. As explained by Igor, only 32 Watts are required to perform such a task. 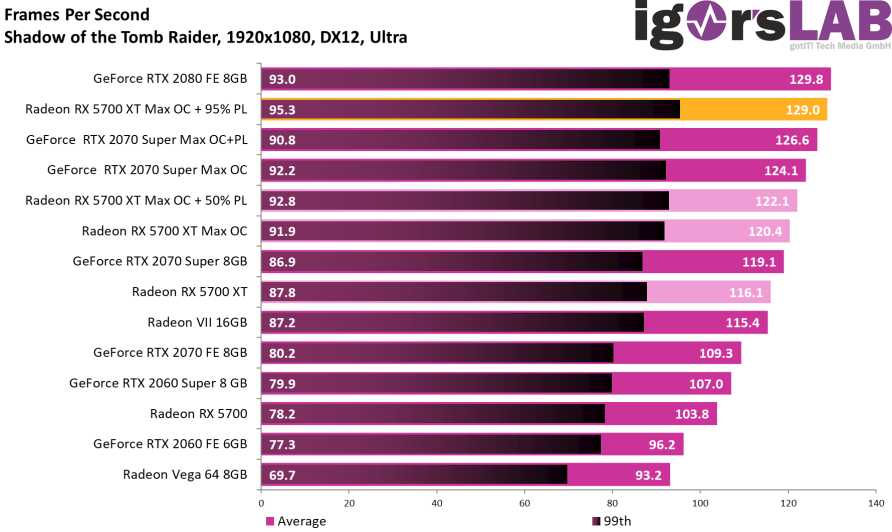 The mod explained by Igor (in German):

You will find all the required files and a full description of this modification in the link below.