It appears that our story from last week is already finding a confirmation.

According to ASRock’s product coding schema, the RX 5600 would also be a 6GB model, same as RX 5600 XT. Meanwhile, the data submitted by ASUS refers to 8GB models. We can also confirm that GIGABYTE is preparing 6GB models, so we believe this might be an error from ASUS (or there are other variants).

ASRock is preparing Challenger and Phantom series for both Navi designs. At the same time, we see DUAL EVO, TUF EVO and ROG STRIX series being planned for all four Radeon SKUs. 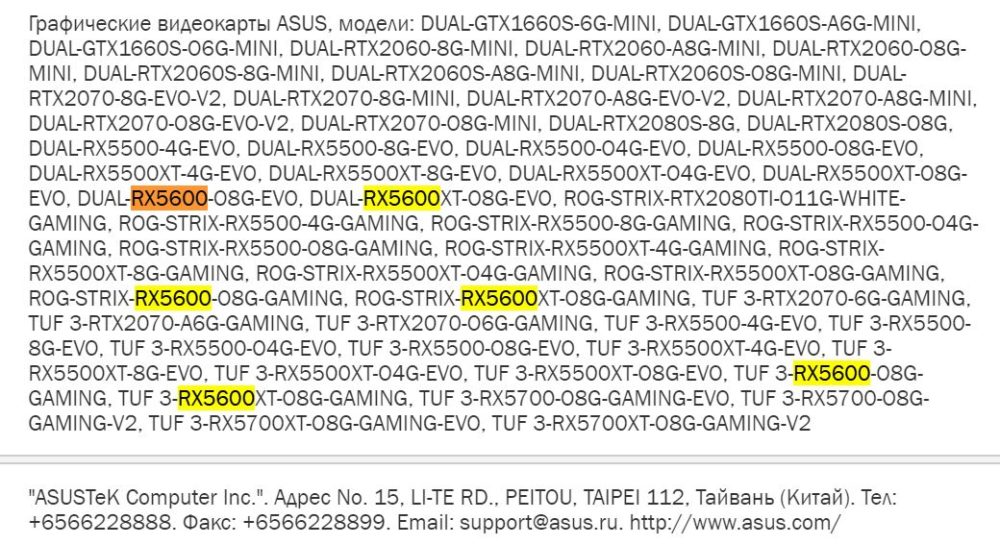