In our previous story, we speculated that Radeon RX 5500 XT may actually be a rebadged non-XT version, as both cards would essentially feature the same specs. Today, we can say that is in fact confirmed.

The non-XT variant, tested by our colleagues at Golem.de, Heise.de and TechPowerUp.com, are OEM variants that will not be available in the retail channels. These cards were made for the pre-build PC market (and that’s where these review samples came from). The 5500 XT is basically the same card but with more memory (8GB is optional) and only for the board partners.

The only graphics card with Navi 14 GPU onboard featuring full 1536 Stream Processors will be Radeon Pro 5500M (exclusively for Apple systems).

AMD Radeon RX 5500 XT launches on December 12th. We have been reaching out to our sources for the pricing information, but it appears the price has not yet been set and was not announced under NDA to the press. Meanwhile, board partners told VideoCardz that the pricing is simply too high (but would not confirm the exact value).

At JD.com you will find first listings of the new RX 5500 XT models from officialy Sapphire, XFX and ASRock stores. Those AIBs are preparing for the sale on December 12th with estimated pricing of 1499 Yuans: 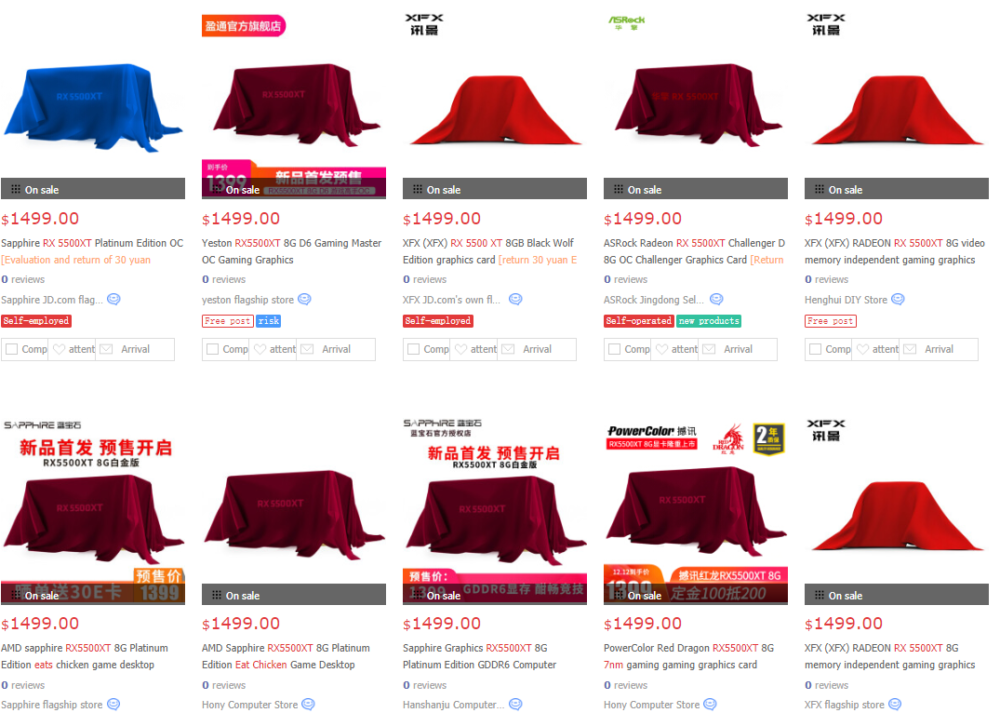