Here are the first photos of upcoming AMD Radeon Pro WX 8200. This card is likely to be announced at SIGGRAPH.

Performance-wise the new Radeon PRO appears identical to WX 9100. At least according to some *leaked* results from Geekbench.

The Geekbench data also confirms that WX 8200 is based on Vega 10 (GFX901). The card allegedly has 56 Compute Units, so it would have fewer Stream Processors: 3584. The WX 8200 also has fewer miniDisplayPorts.

The Radeon Pro WX 8200 would, therefore, be the first graphics card from Radeon Pro WX x200 series. The new series are likely to be shown at SIGGRAPH. 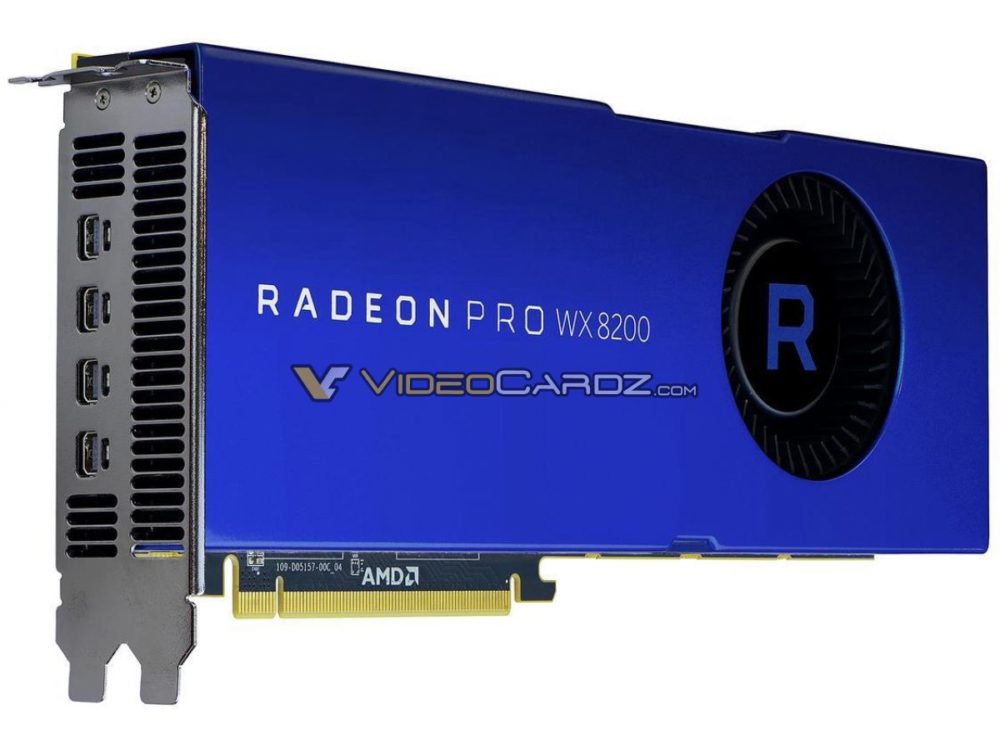 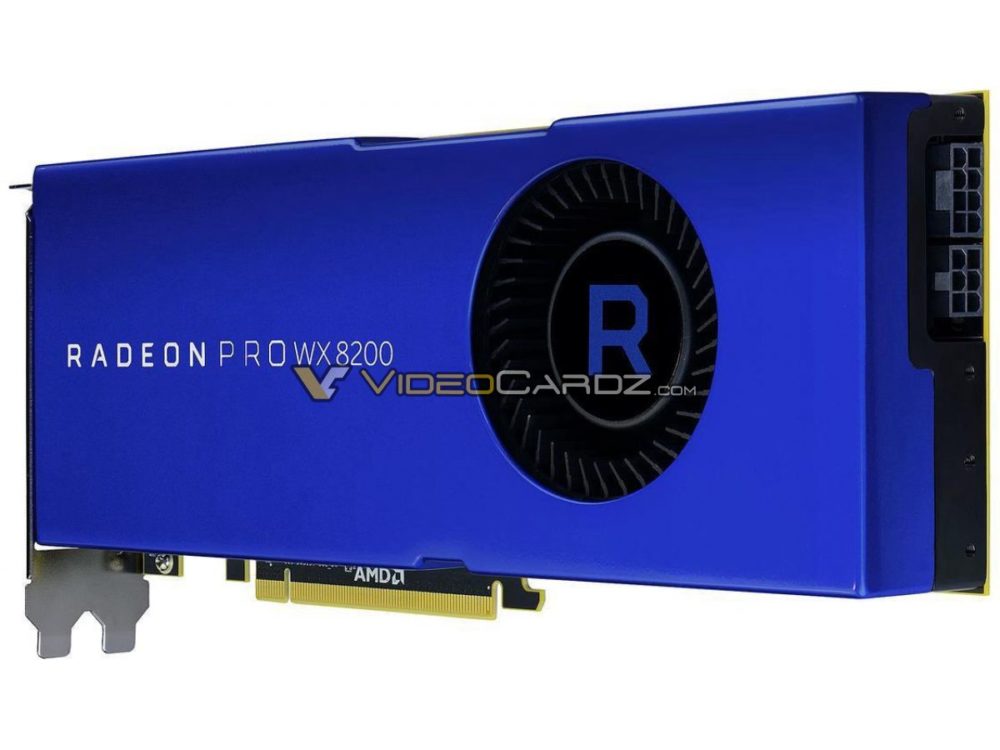 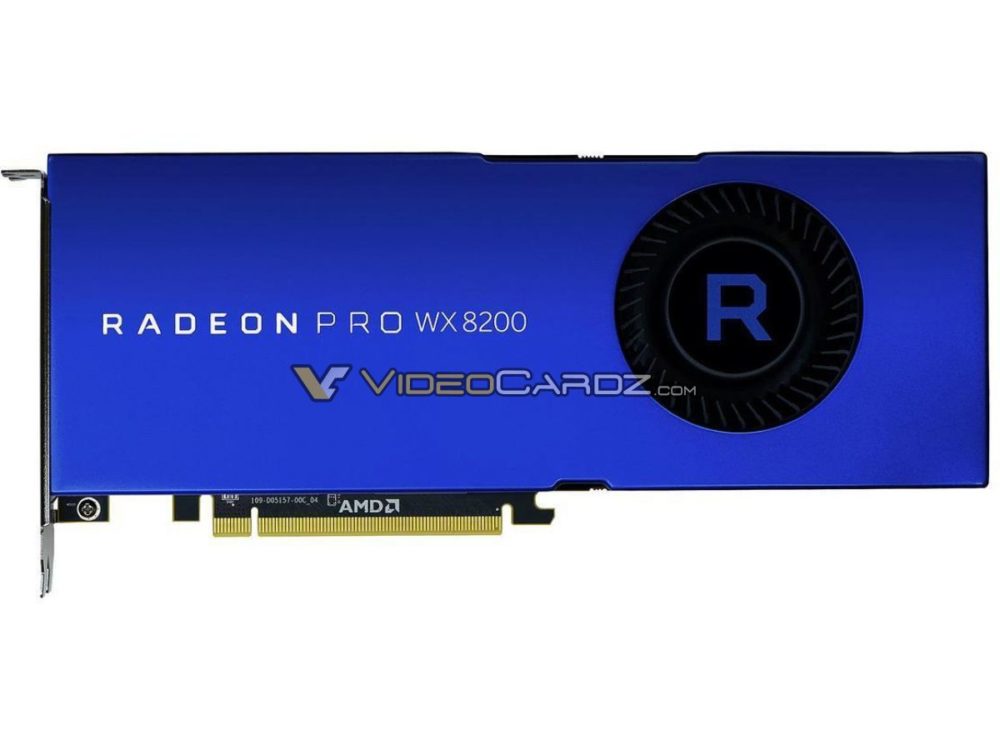 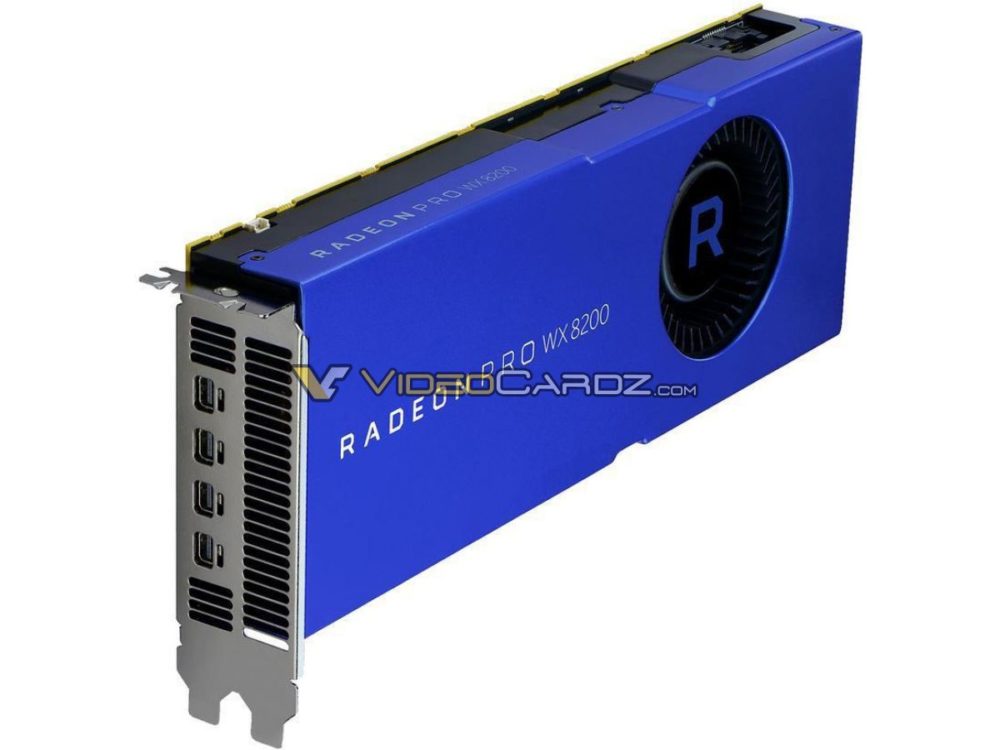 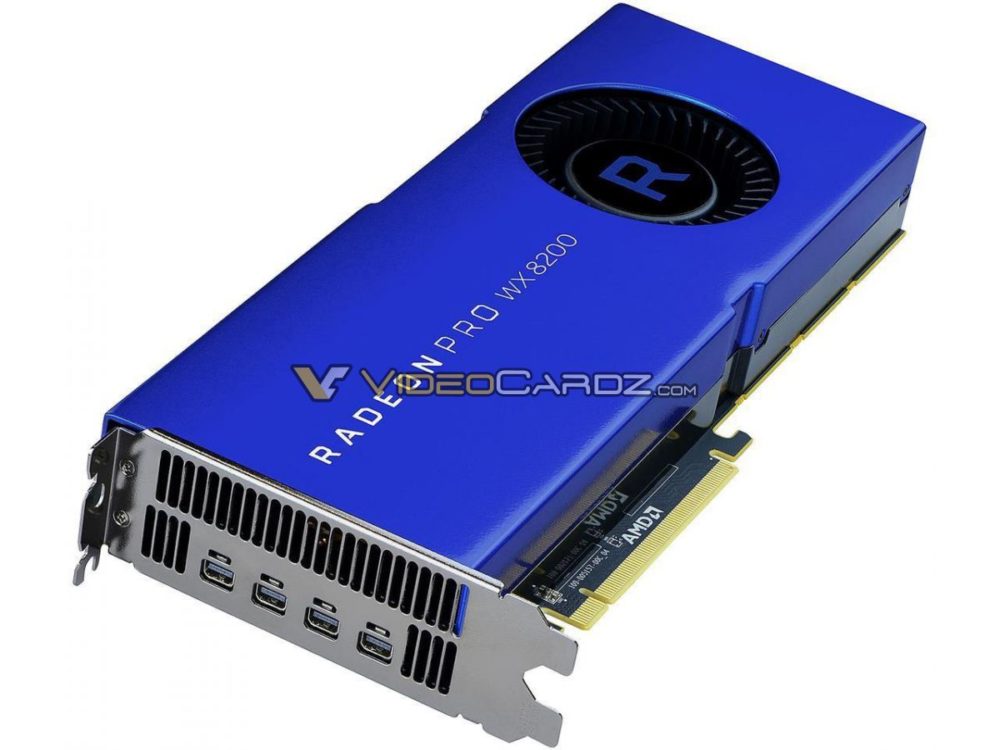