A new leak confirms we have the first Navi 21 graphics card with 32GB of memory.

On UserBenchmark an unreleased Radeon Pro graphics card has been spotted. The card is recognized as ” AMD Radeon Pro W6800 32GB (1002 73A3, 1002 0E1E)” basically confirming we have the first RDNA2 workstation model with this much memory. The Pro W6800 graphics card has already been pictured and leaked through Chiphell. We are most likely looking at the very same graphics card. 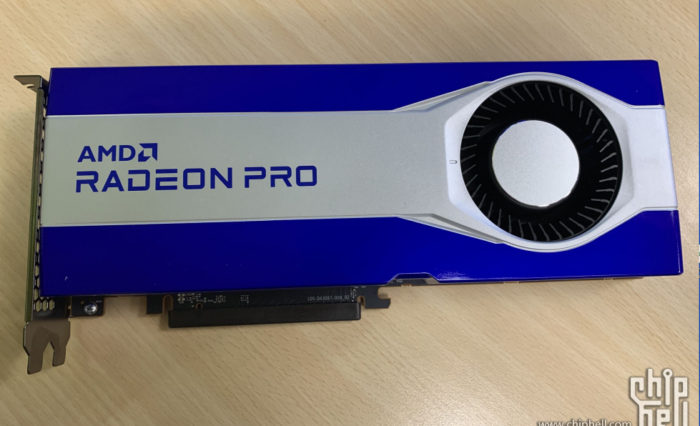 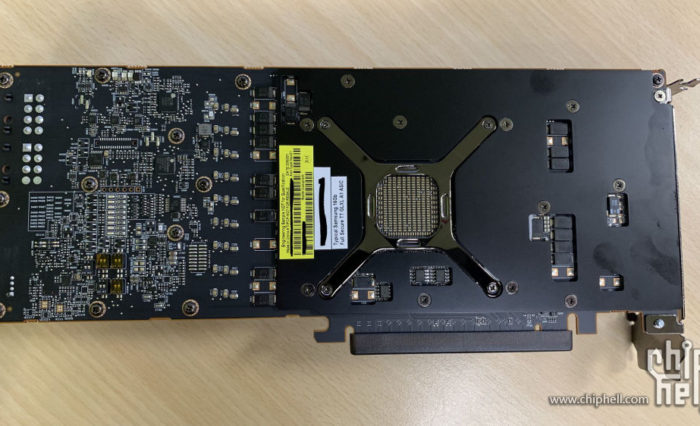 The W6800 is expected to feature Navi 21 GLXL GPU, but the configuration of this particular variant is still unknown. According to the UserBenchmark, the graphics card scored 146% in its ranking, which gave it 11th place out of 661 cards already in the database. This puts it in-between GeForce RTX 2080 SUPER and RTX 3070. The PRO W6800 is not as good as AMD’s own Radeon RX 6800 XT which scores between 152% to 171% though. 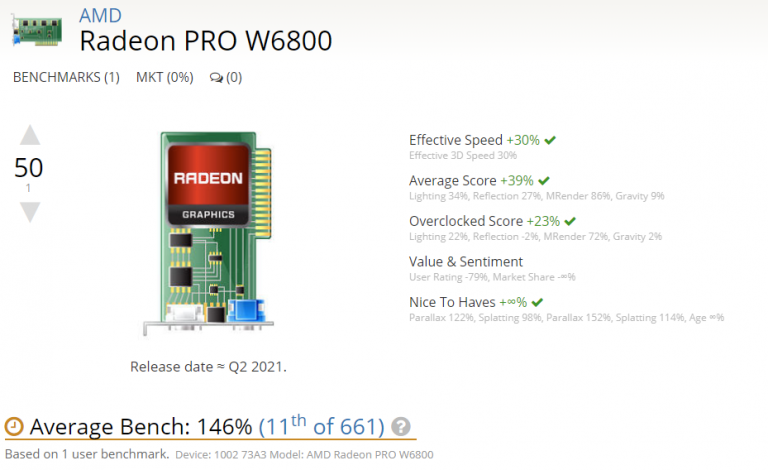 The specifications of the graphics card are still unknown, but what appears to be confirmed is the memory capacity. The Radeon Pro W6800 features 32GB, which is the first Navi 21 model to feature this much memory. This is actually twice as many as the flagship gaming Radeon RX 6900 XT model. 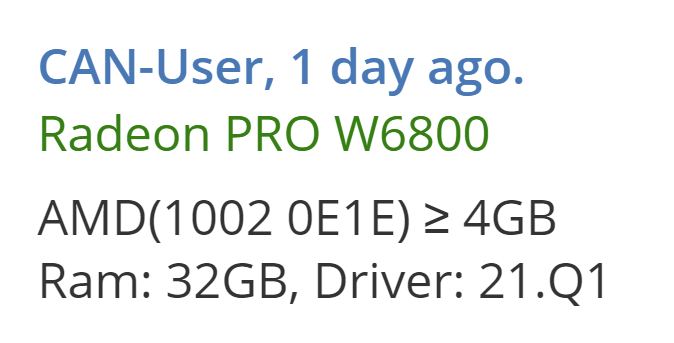 It is unclear when AMD is expected to unveil its new Radeon Pro series, but AMD CEO Dr. Lisa Su will have a keynote at Computex in less than a month from now. It is possible that we might hear more about these professional graphics solutions.