Last week AMD introduced a third Navi graphics processor called Navi 12. Unlike Navi 10 and Navi 14, the 12 has an HBM2 memory controller and the processor is paired with two HBM2 stacks as opposed to GDDR6 memory. The processor shares similar specifications to the Navi 10, such as Compute Unit count of 40 (2560 Stream Processors).

The processor is naturally limited by the mobile form factor of the MacBook Pro. Based on official specifications, the Pro 5600M runs at peak 1035 MHz frequency to meet a strict 50W TGP standard for the notebook. It’s worth noting that both 5500M and 5300M are 50W as well.

Unfortunately, Apple has put a very high price tag on the Pro 5600M variant of the MacBook Pro. It costs exactly 800 USD more than the Radeon Pro 5300M model, raising the price to a jaw-dropping 3200 USD. That is not even the highest-end model, but a one based on the 9th Gen Intel Core processor with 6 cores.

Despite pricing concerns, the Pro 5600M shows impressive results in synthetic benchmarks chosen by Max Tech in his preview. In Geekbench 5 Metal test, the graphics card is much faster than the 5500M model 50.1%, but also very close to Vega 48 variant in a desktop 5K iMac -12.9%. 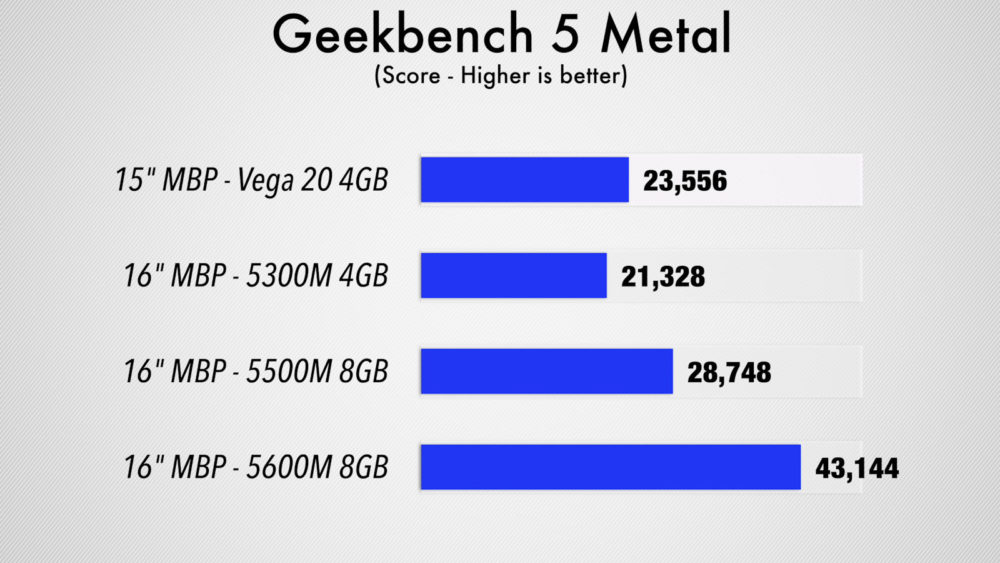 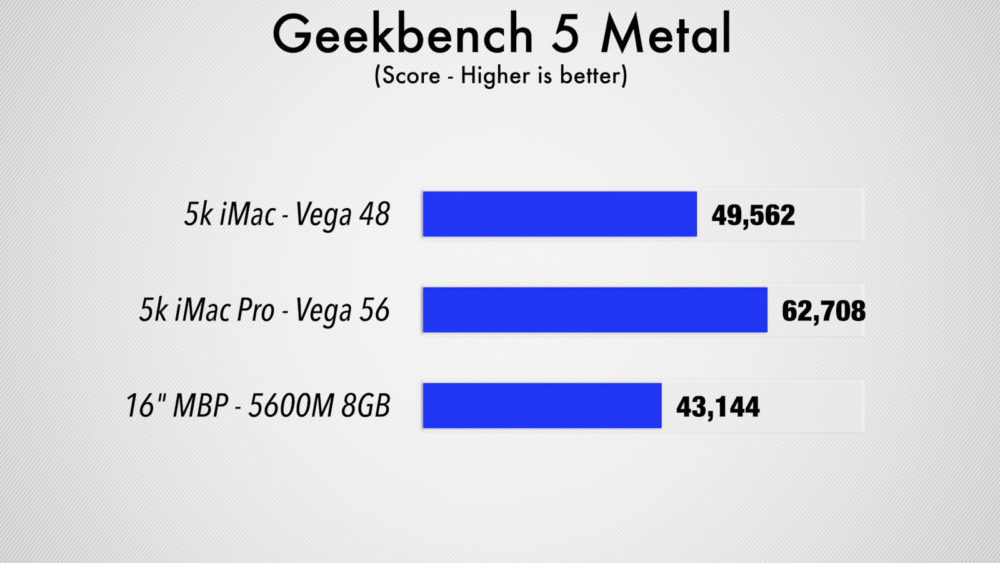 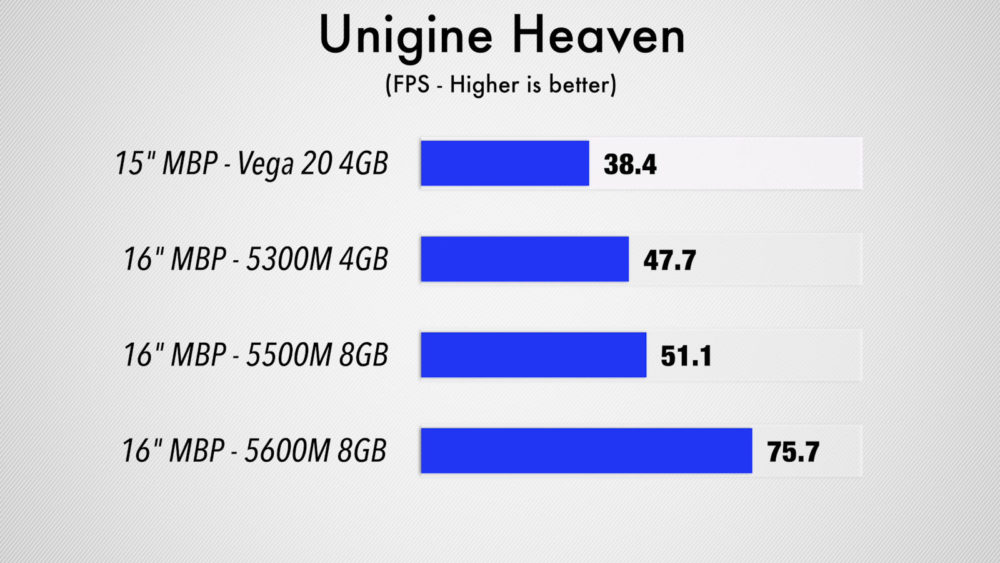 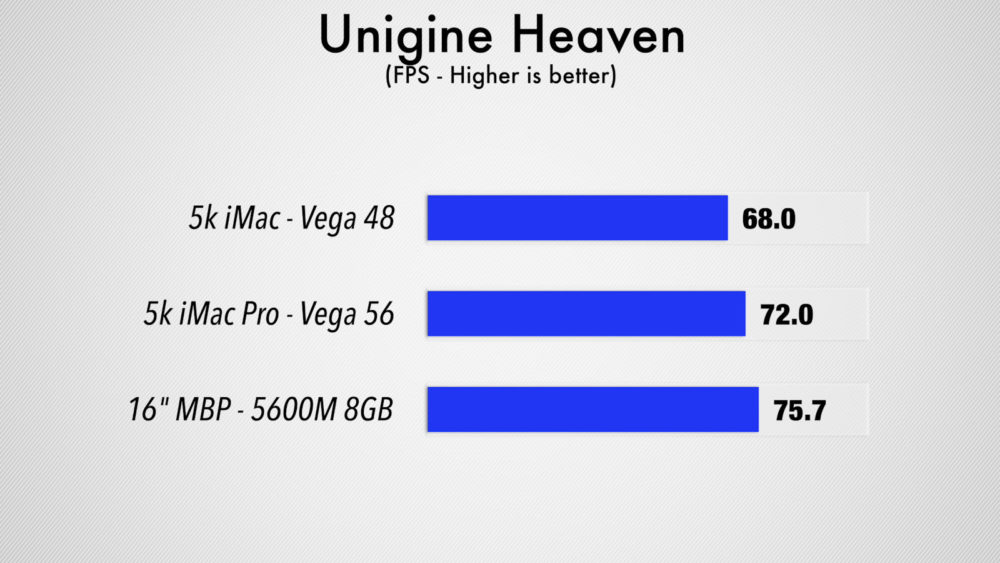 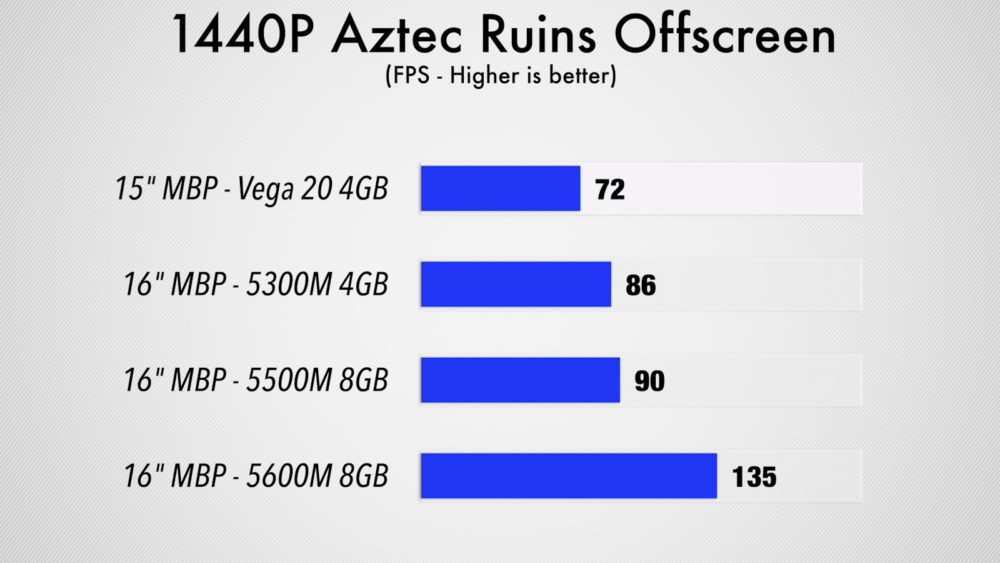 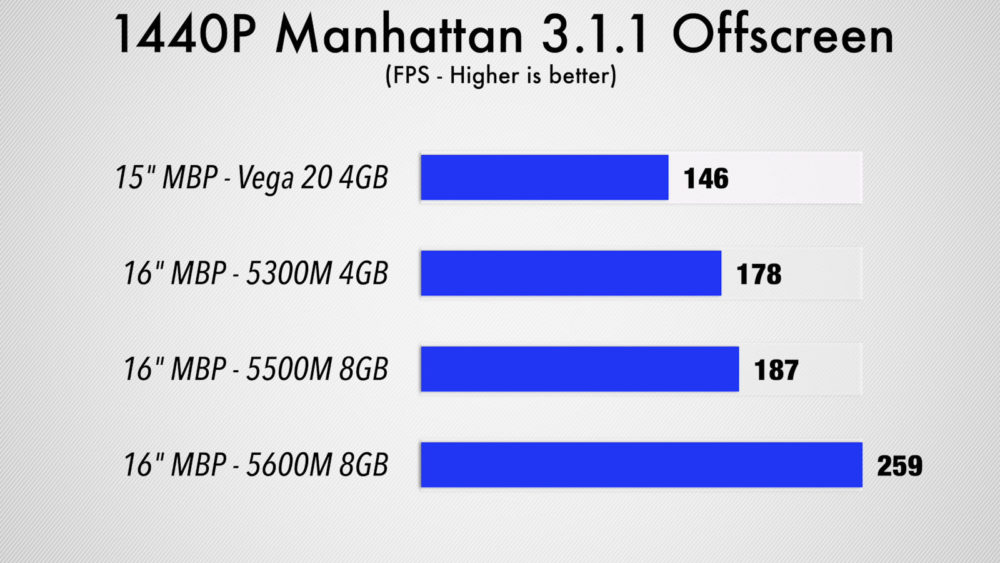 Check Max Tech video for more details, but bear in mind this is just a preview and full review is expected at a later time: